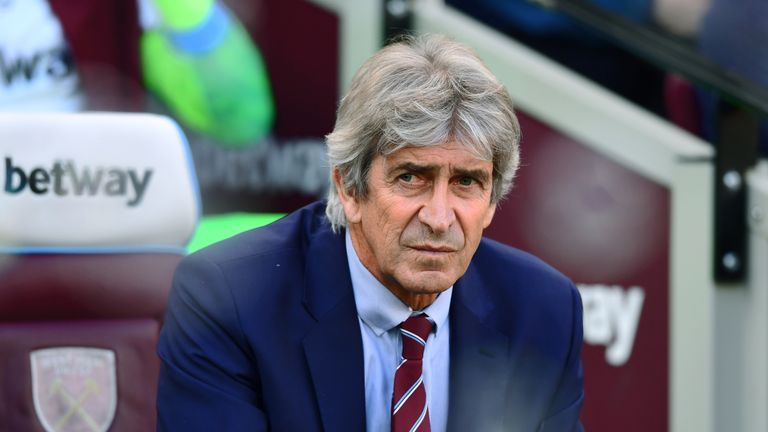 West Ham manager Manuel Pellegrini has said his side are taking the Carabao Cup “very seriously” as they prepare to face Tottenham in the competition.

Pellegrini’s side will get an early opportunity to make amends for their 1-0 defeat at home to the same opposition in the Premier League on October 20 when they meet in the fourth round of the cup on Wednesday night.

West Ham came from two goals down to beat Spurs 3-2 at Wembley in the same stage of the competition last season, a month after losing by the same scoreline in the league, and they will be hoping for a similar outcome this time around.

“We were unlucky to lose against them in the Premier League but they have a very good squad and I expect it to be another close and difficult game,” Pellegrini told the club’s official website.

“As I have said previously, the Carabao Cup is a major competition that we take very seriously.

“We have been on the training pitch since Sunday preparing our work and focusing on what we need to do to come out on top.

“I’m very proud of the way the team is playing at the moment, the way we are thinking as a big team, and the mentality of the players to try to win every match.

“I hope we can continue in that way.”

West Ham will be playing for the first time since drawing 1-1 with Leicester in the Premier League on Saturday, an evening that ended in tragedy when Foxes owner Vichai Srivaddhanaprabha and four other people died after the helicopter they were travelling in crashed shortly after takeoff from the King Power Stadium.

Pellegrini has spoken of the “lasting legacy” that will be left by the Leicester owner as West Ham prepare to pay their respects ahead of Wednesday’s match.

“On behalf of my staff and the players, I send our thoughts and best wishes to the families of the five victims, and to everyone at Leicester City,” added Pellegrini.

“Vichai Srivaddhanaprabha led the club to one of the greatest achievements in the modern game, one that will always be remembered, and leaves a lasting legacy.

“It is a great loss for the city of Leicester and for English football, and I am sure that everyone inside London Stadium on Wednesday evening will pay their respects in a fitting manner.”