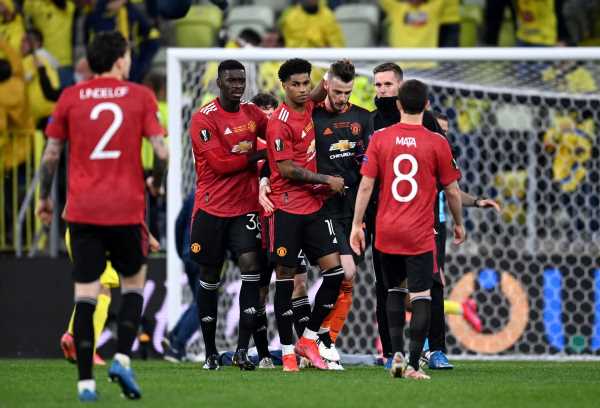 In the aftermath of an extraordinary Europa League final defeat, Ole Gunnar Solskjaer was asked whether Manchester United have had a successful season. The answer was direct and to the point. “No,” he said. “It’s not a successful season, of course. That’s the fine margins in football. Sometimes one kick can define a season as a good one or a successful one and one kick says it’s not.”

It seems unfair to make such a black and white judgement on the basis of a single game, let alone a single kick, but this final was always likely to colour perceptions of a season which has struggled to provide us with a definitive answer on how good United really are. There have been positives, undoubtedly, but also three persistent issues, often glossed over by victories but always bubbling underneath. They came to a head in Gdansk.

Firstly, there is the uncertainty over the goalkeeping situation. Hypothetically speaking, if this is to be David de Gea’s last game for United, failing to save one of 11 on-target penalties then missing a decisive kick himself is some way to say goodbye. But De Gea does not deserve that to be the final act of Old Trafford career after a decade of bailing out broken teams and inferior team-mates.

The trouble is, uncertainty continues to rein. It is still not clear whether or not this was De Gea’s final act at United. If not, it may be the last we see of Dean Henderson. All parties involved tacitly accept this season’s job share arrangement cannot be sustained into another campaign, however beneficial it may have been in terms of competition. Both need to play. Whoever started would have been confident of staying on next season but after De Gea’s display, there are more questions than answers.

Before this shoot-out, De Gea had failed to save his last 29 spot kicks in competitive matches for club and country. After being beaten by every member of the Villarreal team including his opposite number Geronimo Rulli, it is now 40 spot-kicks since his last save in the 2016 FA Cup semi-finals against Everton. The taker of the penalty in question Romelu Lukaku has since joined United, reached the World Cup semi-finals, left Old Trafford and won a Scudetto with Inter.

Whether it is misfortune or evidence of a deeper flaw in De Gea’s penalty-saving technique, that is not a record to inspire confidence. Richard Hartis, Solskjaer’s trusted goalkeeping coach, attempted to do exactly that before the shoot-out began. Many of De Gea’s team-mates did the same, pulling him to one side for some gentle encouragement.

Some of the same United players looked resigned to their own fate when Rulli scored, with several breaking from the huddle with their heads in their hands as if they knew what was coming next.

De Gea’s predictably ineffectual attempts at saving the Villarreal penalties raised the question of whether Solskjaer could have made the bold move now most often associated with one of his predecessors in the United job: Louis van Gaal. Could De Gea have been Jasper Cillessen to Henderson’s Tim Krul, a penalty-saving specialist called upon to make decisive stops? Solskjaer admitted that he had considered it.

“You go through every scenario, of course, and it has crossed my mind in the build-up to the game but we were confident in David and we prepared,” he said. “Penalties, penalty shoot-outs can happen. Anything can happen in those. I stuck with the keeper and played all the game.”

It is impossible to know how Henderson would have performed if brought on but frankly, he would not have to have done much to do better. 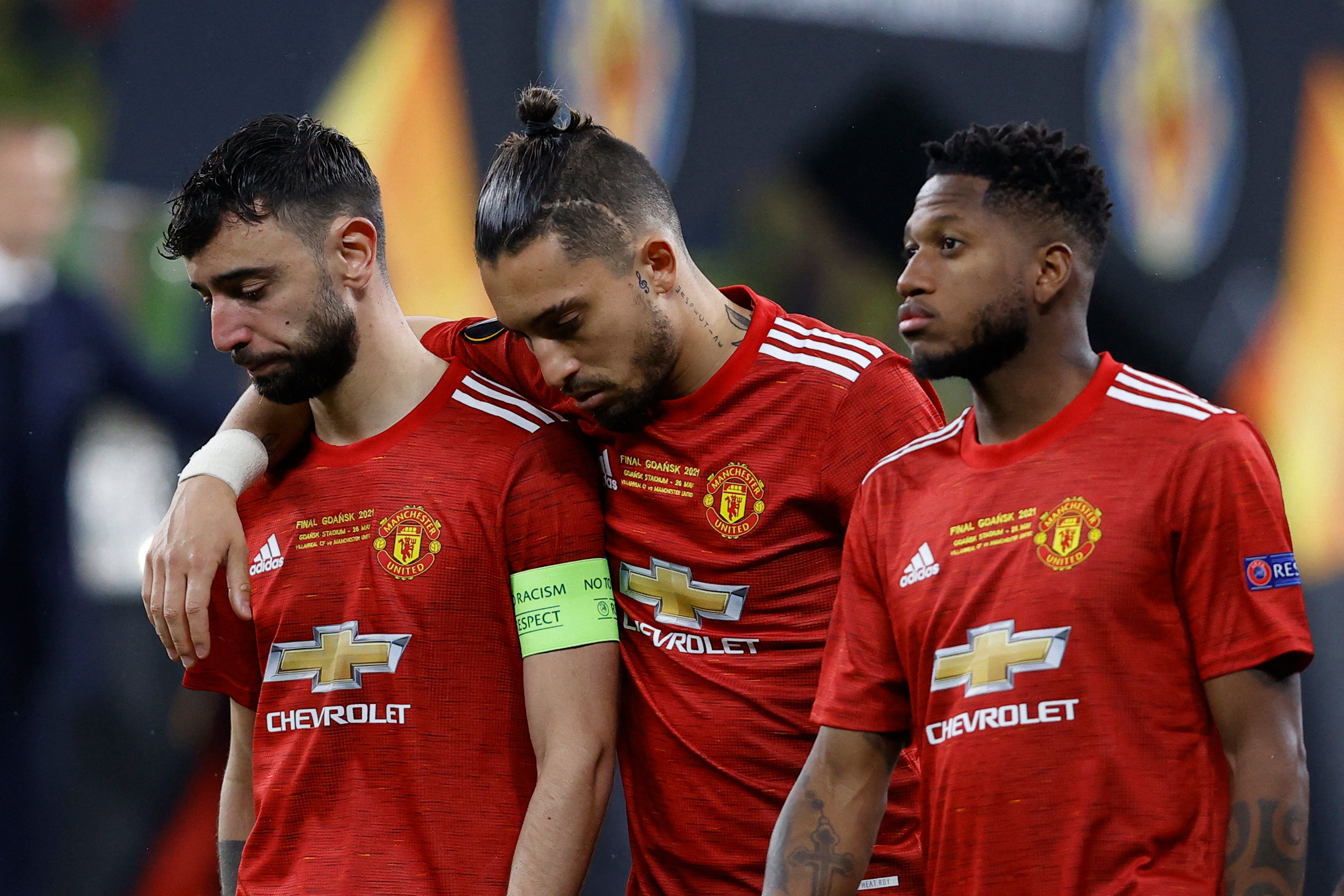 That ties into another of the main talking points from this final and United’s season: Solskjaer’s game management and reluctance to use substitutions. Here, he waited until the 100th minute to make a switch. Four others followed during extra time and the disruption made it difficult for any of those introduced to make an impact or for United to find rhythm collectively. If anything, it only made a penalty shoot-out more likely. This reluctance to look to the bench is nothing new, though.

Only four managers used fewer substitutes than Solskjaer in this season’s Premier League. In Cologne less than a year ago, trailing 2-1 in the Europa League semi-finals to Sevilla, he neglected to make a change until the 87th minute. When he finally did, making three at once, full-back Timothy Fosu-Mensah looked surprised to be making his sixth appearance of the season in its very last game. In the defeat to Paris Saint-Germain in December, Fred was left on with a yellow and was subsequently sent off.

Solskjaer was asked whether, like in Cologne, his reticence to use the bench was because he does not trust those in reserve. He took the opportunity to reiterate that reinforcements will be needed this summer. “As I’ve said, two or three players to strengthen the starting 11 on the squad all together, it’s important for us to go even further. I’m sure our contenders or challenges will also want to improve so we want to improve as much as we can.”

Management is also about making the most of what you have, though, and even though United’s recruitment structures will once again come under scrutiny, the substitutes at Solskjaer’s disposal were good enough to compete against La Liga’s seventh-best side. Whether it is a lack of trust in the fringe players on the United manager’s part or an abundance of trust in his first-choice starting line-up, this reluctance to make changes can be damaging. 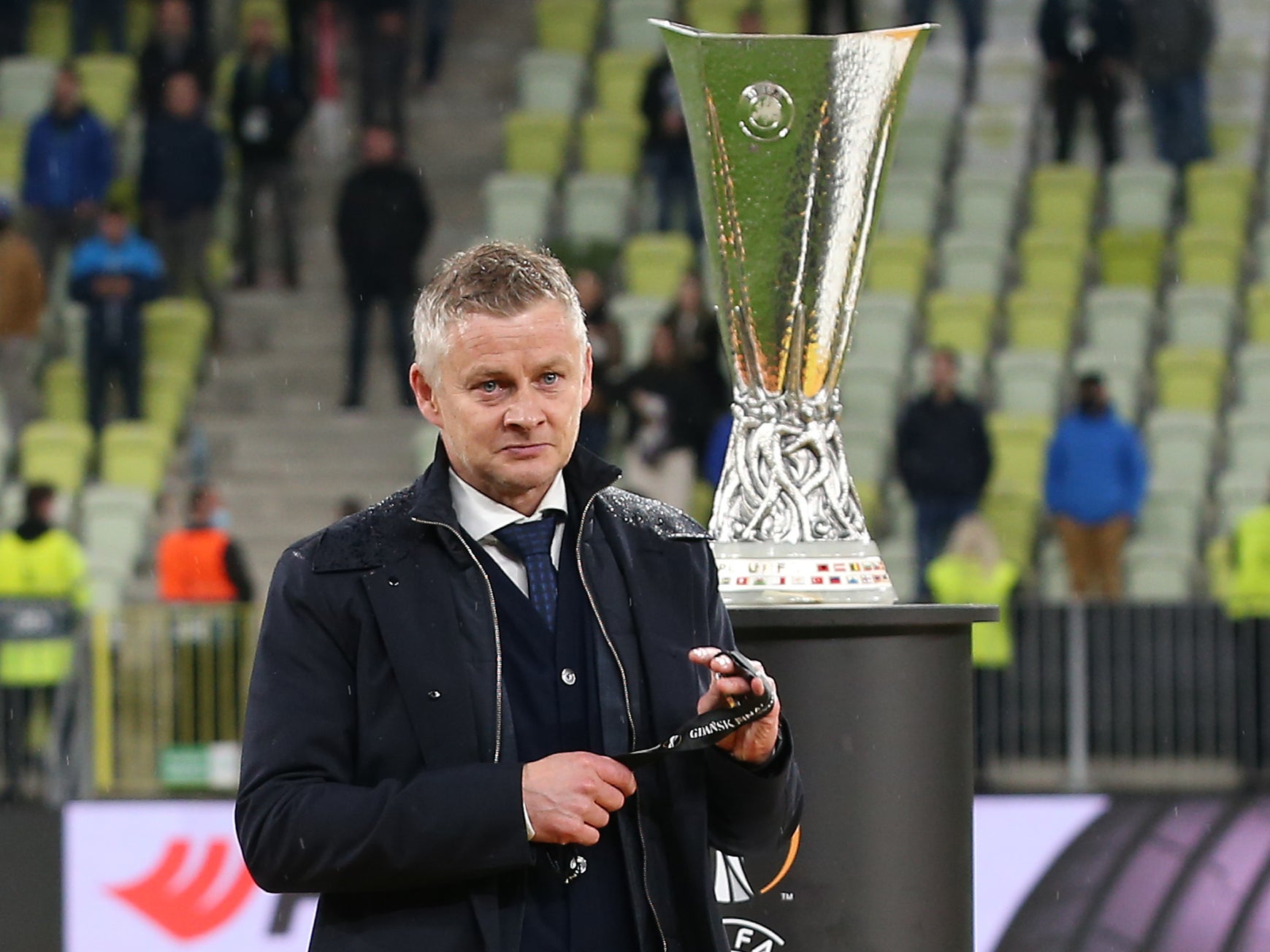 One result of that is another persistent issue that has run through United’s season: the overloading of key players. Marcus Rashford had an evening to forget quickly in Gdansk. Bruno Fernandes was oddly anonymous. Harry Maguire nursed his ankle ligament injury from the substitutes’ bench and could not even take part in the pre-match warm up. United’s three most important players have all broken the 4,000-minute barrier this season and are either injured or look fatigued.

There were other issues that have not run throughout the campaign but still point to problems. Captain in Maguire’s absence, Fernandes appeared to break the golden rule of penalty shoot-outs by winning the toss but allowing Villarreal to take their kicks first. Estimates vary on the benefit to those who kick first – they win roughly 60% of the time – but that existence of a benefit is only common sense. To surrender that advantage and invite pressure onto you and your own team-mates is more than a little careless. 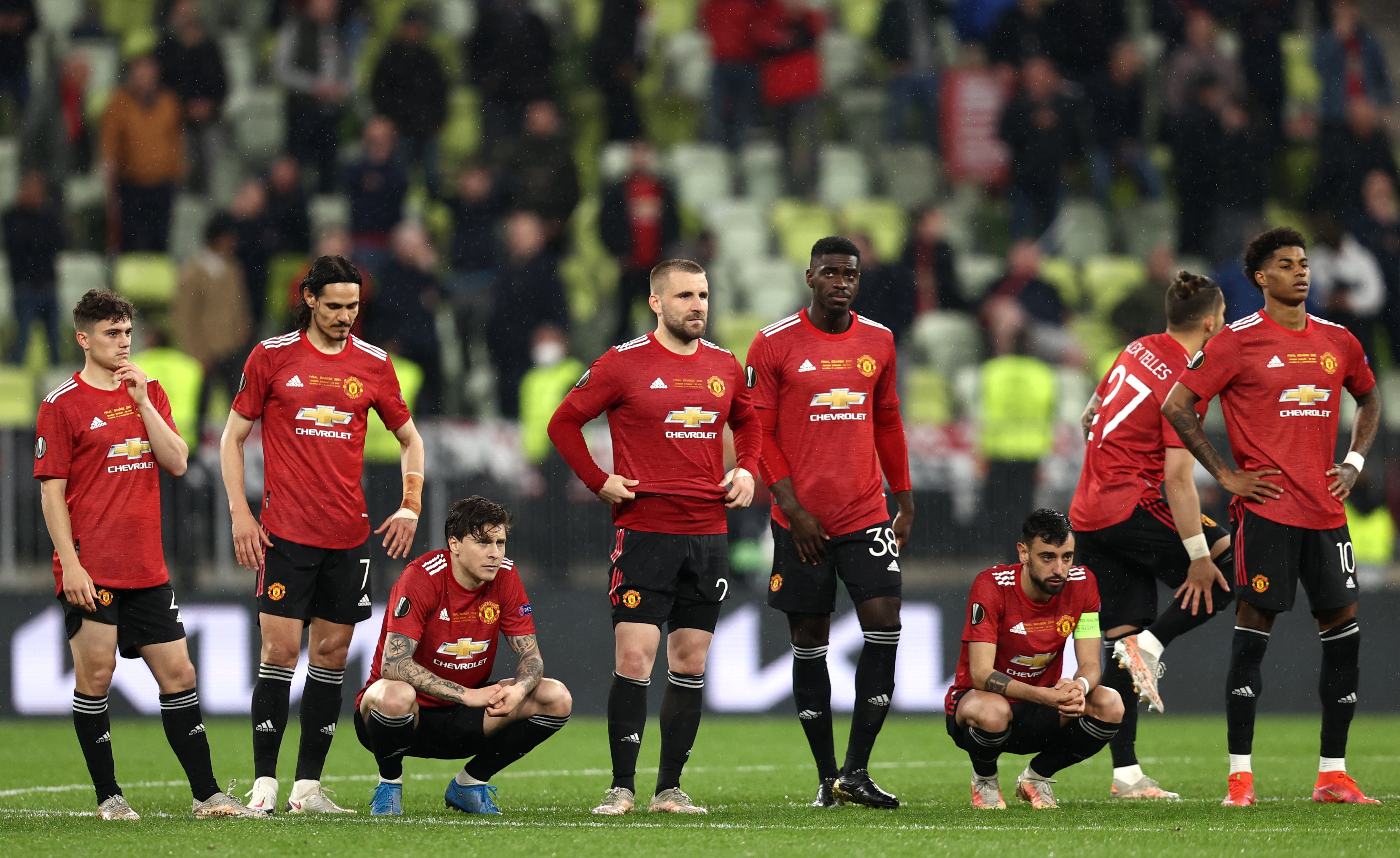 Solskjaer said he had not asked Fernandes about the toss. “I let him get on with it,” he added. “We have penalties with penalty takers with confidence.” But it is hard to imagine that some of the rivals that United hope to compete with – those with lauded data-driven approaches and obsessed with finding competitive edges – would make the same mistake. They would at least have a rule to be broken in the first place, rather than leaving everything down to the captain’s choice and chance.

Throw all of this together and you begin to see how this defeat, although decided by “a single kick”, was made up of many different undercurrents that have flowed throughout Solskjaer’s second full season in charge. There has been progress this year and a Champions League place is United’s deserved reward for becoming genuinely difficult to beat once their challenging start to the season was out of the way. A reality check was perhaps needed, though, and there may now be greater focus on the flaws and foibles that combined in to produce this painful defeat.