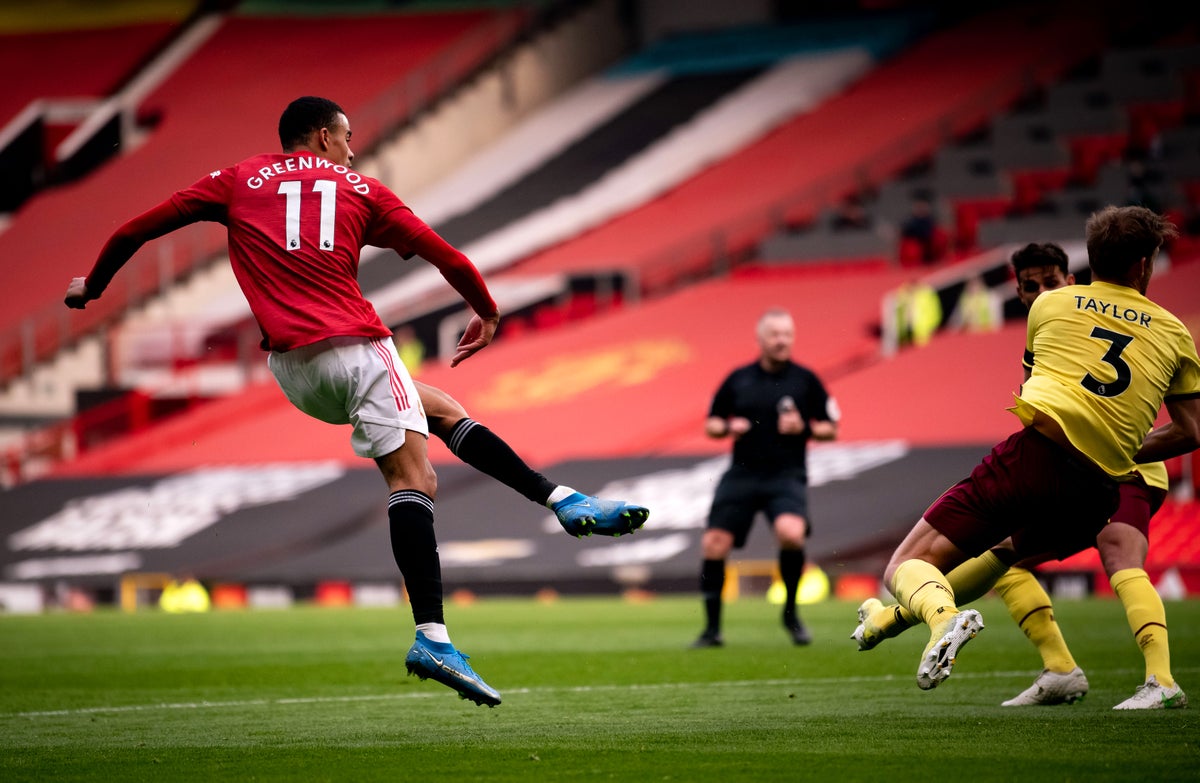 The prospect of a European Super League may have rendered this a sideshow but, amid the avarice, there was a reminder of some of the more laudable parts of United’s past. Mason Greenwood’s brace took his tally to four goals in three games. Marcus Rashford was the game’s brightest attacker. Homegrown talents who have progressed to the highest level to entertain and score: this was what United used to stand for.

Strangely enough, the proposed European Super League will not include Burnley, but they were minutes away from extending their record to five unbeaten games at Old Trafford. Barcelona, Juventus, Chelsea and Liverpool, among others, cannot say that. They departed defeated but only after offering a lesson in sporting integrity.

Rather than creating a new division to suit themselves, Burnley are seeking to stay in the Premier League by earning the right to be there. They were close to a hard-earned draw but, thanks to Fulham’s draw at Arsenal, ended the day a point nearer to the drop zone. But competitions should not be closed shops and, for all the Premier League’s flaws, it permits Burnley the chance to compete with those with far greater resources.

The frequent paradox of United, however, is that those who cost nothing can deliver most. Greenwood secured a fifth successive league win and memories of his 15-game goal drought are increasingly distant. Burnley may feel luckless in the manner of his second, which deflected in off Jack Cork’s heel, but it allowed United to run rampant in a final few minutes when Bruno Fernandes hit the post and Edinson Cavani added an injury-time third from Donny van de Beek’s cross, two substitutes combining to fine effect.

United had led for 114 seconds earlier.  Cavani was rested, with Rashford leading the line, but brought on at half-time. The change brought an ancillary benefit: Rashford moved to the left and nutmegged Matthew Lowton as he surged clear. Then he picked out Greenwood, who scored for the third consecutive league game.

But United remain poor at defending set-pieces and if Harry Maguire is supposed to be their best header, James Tarkowski towered above him to level from Ashley Westwood’s corner.

Burnley displayed many of the characteristics any fan alienated by the European Super League should want in their side: spirit and commitment, organisation and determination, albeit without a highlights reel of flicks and tricks.

Ben Mee, in particular, produced some valiant defending, his centre-back partner Tarkowski got an equaliser that was the product of training-ground work to capitalise on United’s dead-ball deficiencies.  Their back-up goalkeeper Bailey Peacock-Farrell produced a quartet of fine saves, keeping out headers from Paul Pogba and Fernandes and shots from Rashford and Scott McTominay.

And, with United below par before the break, they had a threat. Chris Wood had the ball in the United net after 10 seconds, the offside flag a relief to Dean Henderson, who had charged off his line. The New Zealander troubled United and had a hat-trick of other attempts. The three points, though, went to United. They are headed for the Champions League, even if their sights are set on another continental competition.