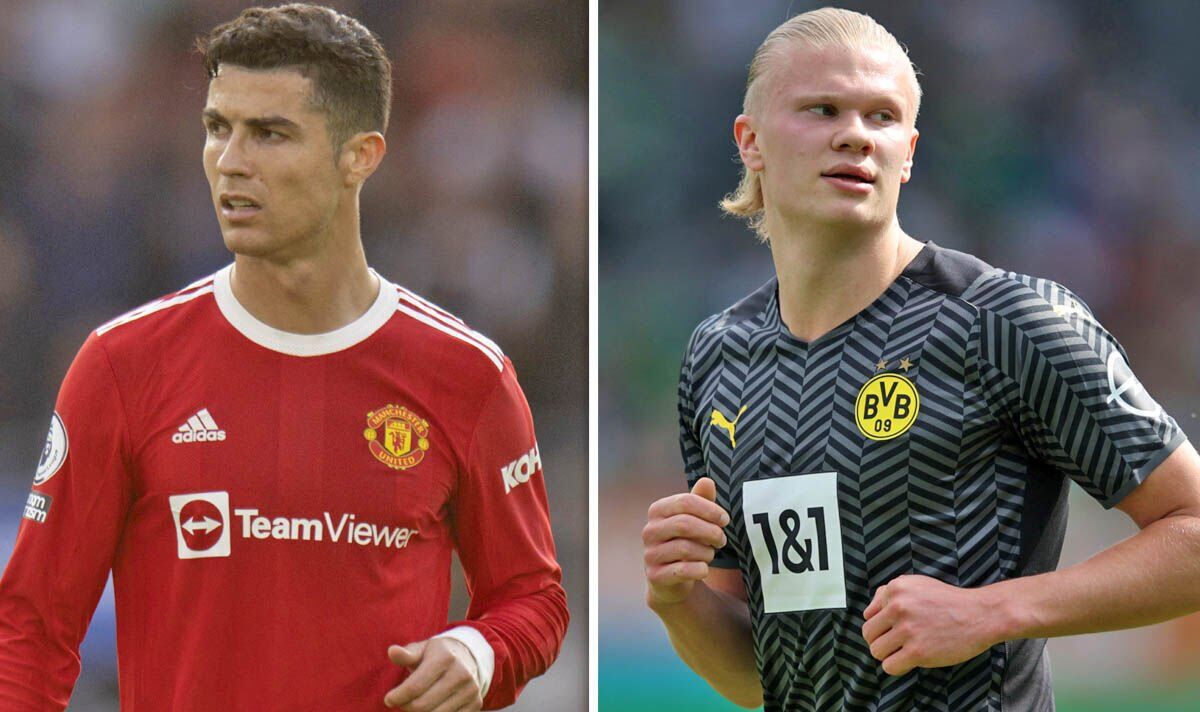 Man United in 2021: Ronaldo's return, Ole out and Rangnick revolution

Had Manchester United endured a better season, it’s possible they’d have won the race for Erling Haaland instead of fierce rivals Manchester City. The Norway international will be leaving Borussia Dortmund for the Etihad Stadium this summer, instead of Old Trafford. But while many are tipping the 21-year-old to be a Premier League hit, Cristiano Ronaldo previously warned the striker about what’s required to become the best on the planet.

Manchester United missed out on Haaland back in January 2020, with the striker choosing to leave Red Bull Salzburg for Borussia Dortmund at the time.

Now, after 85 goals from 88 appearances during his stint at the Westfalenstadion, the Norway international is heading to the Premier League with City instead.

Pep Guardiola will finally have a new marksman next term, having failed to replace Sergio Aguero 12 months ago when Harry Kane was prevented from leaving Tottenham.

And it also means City, with Haaland, now have the perfect counter to Ronaldo at United.

The Portugal international is still going strong as he approaches the twilight years of his career, having bagged 24 goals across all competitions this season.

And he’s already previously warned Haaland that talent can’t make you a footballing icon by itself.

In May last year, Ronaldo was asked about both Haaland and Paris Saint-Germain’s Kylian Mbappe.

And he warned the pair that they must work extremely hard in order to fulfil their vast potential and scale the same similar heights as himself and Lionel Messi.

“It is hard to choose just one player to say this one will be the best,” he said.

“But I think it is exciting to see this new generation of young players, like Erling Haaland and Kylian Mbappe, who are coming through.

“Some players can have one or two great seasons, the really great players are the ones that keep doing it season after season, and that is not so easy to do.

“It takes a lot of hard work, and a lot of commitment.”

Ronaldo has got to where he is through years of hard graft.

That’s led to him becoming one of the greatest the game has ever seen, with the veteran shining at United, Sporting Lisbon, Real Madrid and Juventus over the years.

Now, it’ll be fascinating to see how Haaland fares across Manchester.

The Dortmund striker is arguably the world’s most-exciting young forward having scored at an unnerving rate over the past few years.

Yet the Premier League is different to the Bundesliga and Haaland will have to put in the work in order to become even better in the years ahead.

Over at United, they’re planning on signing a new striker themselves this summer.

Though Ronaldo is still scoring, the Red Devils know they need to ease the burden on the Portugal international’s shoulders.

And several players are being linked as the start of the summer transfer window edges closer.

Benfica’s Darwin Nunez is one player on their radar, with the Uruguay international netting 34 times across all competitions this season.

Alexander Isak was tipped to arrive earlier in the season, even if he’s struggled for consistency at Real Sociedad this term.

And Lautaro Martinez is another player on United’s wishlist, having sparkled for Inter Milan again this term.

Speaking on Sky Sports ahead of Liverpool’s trip to Aston Villa, he said: “Brilliant signing, it really is. Not just for Man City, but for the Premier League.

“I think we’re all intrigued to see how he’ll do. Him and [Kylian] Mbappe feel like the next two superstars who are going to eclipse Messi and Ronaldo and you’re just delighted that he’s at the Premier League.

“More often than not, those type of players have gone to maybe a Barcelona or a Real Madrid, but I feel like now that the Premier League is the strongest league. You’ve seen how well we’ll done in the Champions League.

“He’ll score goals, that’s what he’s been bought to do, but it doesn’t guarantee that City will win everything.

“You still have to integrate him into the team. That means City will lose another creative player that helps them keep the ball more or have more control in games.

“There’s lots of questions that I’m already thinking of myself. We’ll be analysing his performances and how he fits it, but they had a world class striker in Sergio Aguero and they’ve got another one now.”