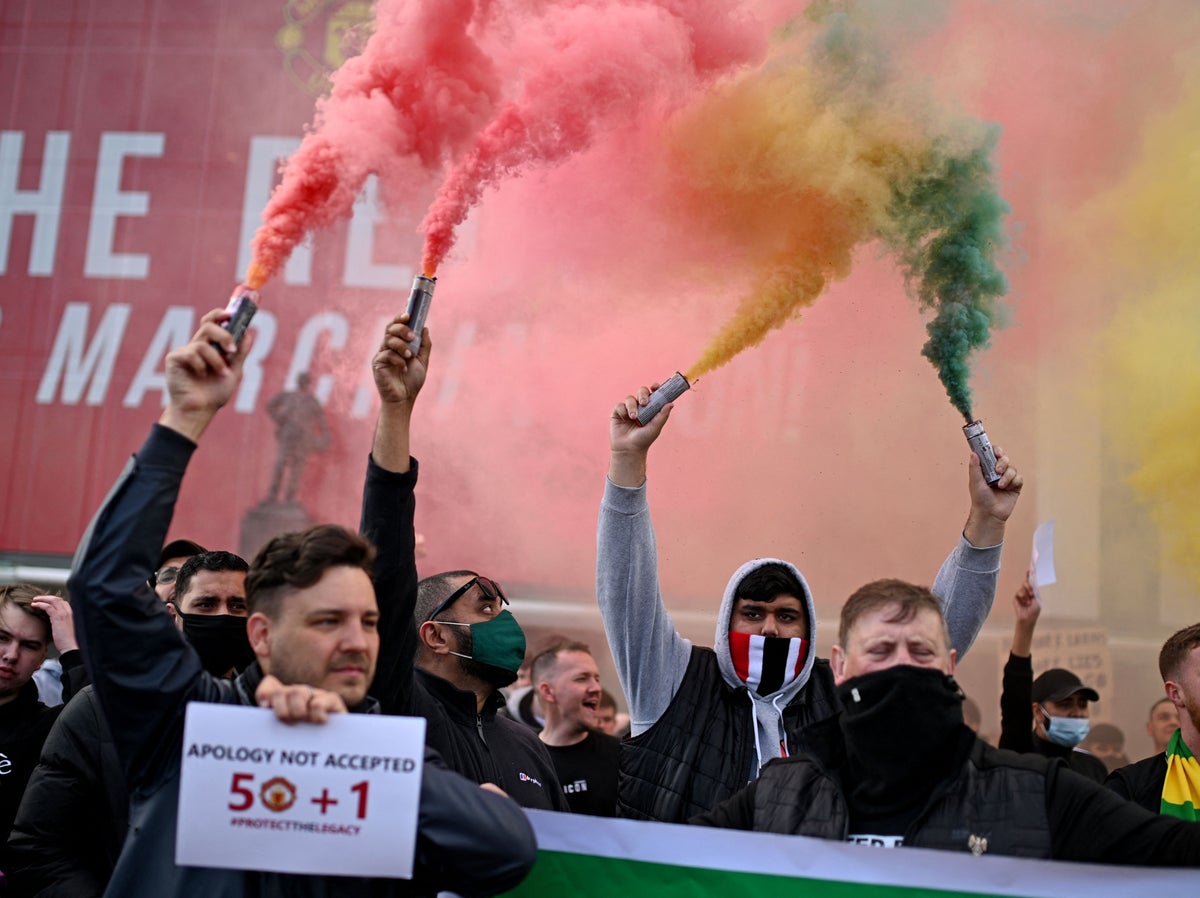 Manchester United fans invaded the pitch at Old Trafford in protest of the Glazer family’s ownership of the club, two hours before United’s scheduled Premier League clash with rivals Liverpool.

Thousands of supporters arrived outside the ground with flares and placards chanting against their American owners. Images showed hundreds of fans pouring on to the pitch kicking footballs, removing corner flags and sitting on the goal nets, with reports later emerging of damaged television cameras beside the pitch.

It is believed those who gained access to the ground did so via the Munich Tunnel, after pushing down barriers, despite the attempts of security guards to prevent that happening.

United’s team bus was also prevented from departing for the game by supporters. The bus was left stuck outside the Lowry Hotel in Salford after fans blocked the roads around the building, stopping it from departing for Old Trafford.

Fans angry with United’s participation in plans to join a breakaway European Super League (ESL) and demanding a change of ownership held banners reading “our club not yours” and “apology not accepted” – the latter referencing Joel Glazer’s statement after United’s withdrawal from the ESL. 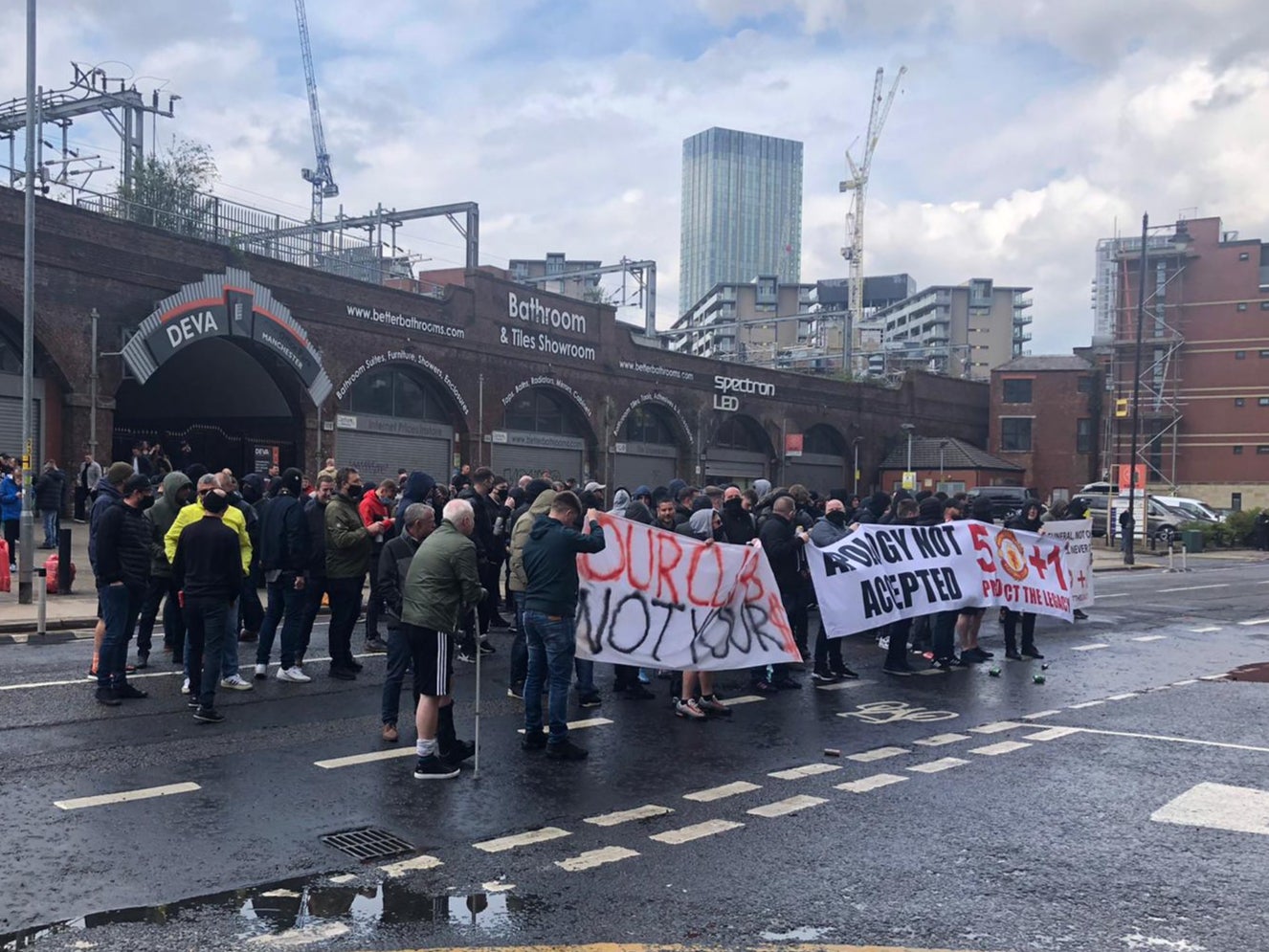 The pitch was eventually cleared and the stadium was placed under police lockdown.

The Premier League said no breach of coronavirus protocols had been committed, as fans did not enter the changing rooms at Old Trafford, The Independent understands. The groundstaff have been inspecting the pitch and there has not yet been confirmation over whether the match will go ahead.