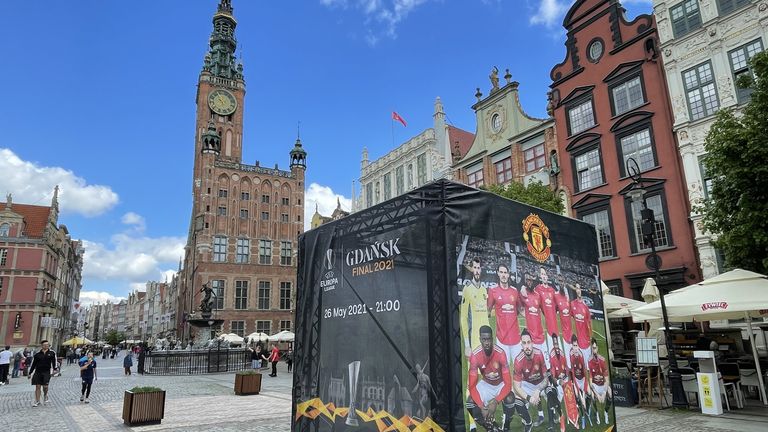 Manchester United fans were the target of an attack at a bar in Gdansk on Tuesday night as supporters arrived in the Polish city ahead of the Europa League final.

Videos circulating on social media showed a group of what appeared to be local individuals, dressed predominantly in dark clothes, chanting and running from a bar in the city, leaving tables and chairs overturned.

United confirmed that they are helping the victims of the attack, with the club issuing the following statement on Wednesday: “Club staff were assisting a number of United fans in Gdansk last night and today after an incident where some of our supporters were attacked outside a bar in the city.”

One eyewitness told Sky Sports News: “A gang of Polish hooligans came masked up all in black and they were throwing bottles, kicking and punching, they ransacked the whole bar. Worrying scenes.”

Another United fan in Gdansk said: “One of them came up to me, pushed me to the ground and started stamping on me multiple times. Luckily my dad came and helped me out but yeah it wasn’t very nice. A bit worrying.”

A third supporter recalled: “You don’t expect to see something like that at a final, we’re all here for a good time we were having a joke with the Spanish fans no problems at all and it just came out of nowhere.”

Local mayor Aleksandra Dulkiewicz condemned the attack on a group of between 20 and 30 fans, saying in a statement posted on Facebook that Gdansk was an open city with no place for violence.

“Yesterday there was a hooligan attack on the fans of the teams that came to the Europa League final,” Dulkiewicz wrote.

“In Gdansk, an open and solidary city, there is no place for any kind of violence! 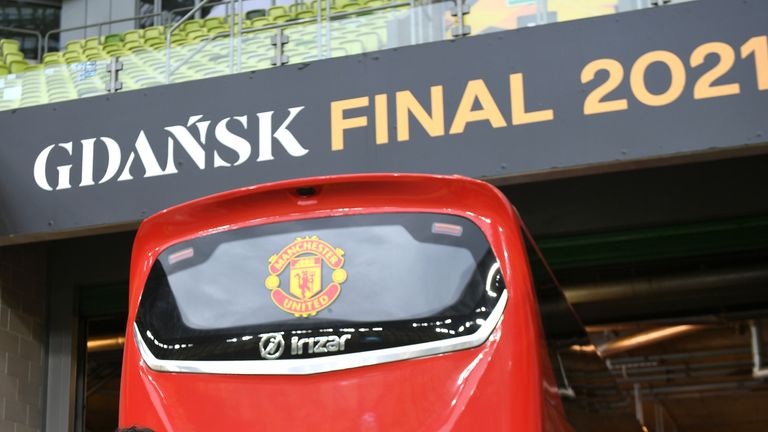 “Dear fans and guests, you are always welcome and we cordially welcome you to our city!”

Bart Barski from Visit Gdansk told Sky Sports News: “We are the company responsible for promoting the city and we are very sad and disappointed because of this situation but we hope it will not ruin the general reputation of this city which is very friendly.

“The people are very friendly, we have fantastic architecture and millions of people come here each year so we strongly believe it was an only one-time bad incident.”

Witnesses said the attackers were heard shouting the name of local football club Lechia. Police have said they were analysing video footage of the incident. 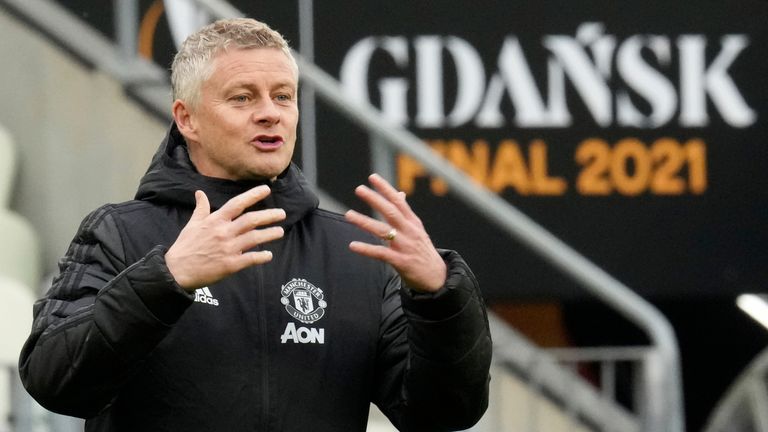 United and Villarreal have each been allocated 2,000 tickets for the final with supporters having to adhere to strict coronavirus protocols and travel requirements in the build-up to the game. The club organised chartered flights from London and Manchester for those with tickets.

There is a maximum crowd of 9,500 allowed for the showpiece, or just under 25 per cent of the capacity of the Stadion Gdansk.

United are on a quest to reclaim the Europa League – which they won for the first time in 2017 after beating Ajax 2-0 in Stockholm – with Ole Gunnar Solskjaer one game away from winning his first piece of silverware as United manager.