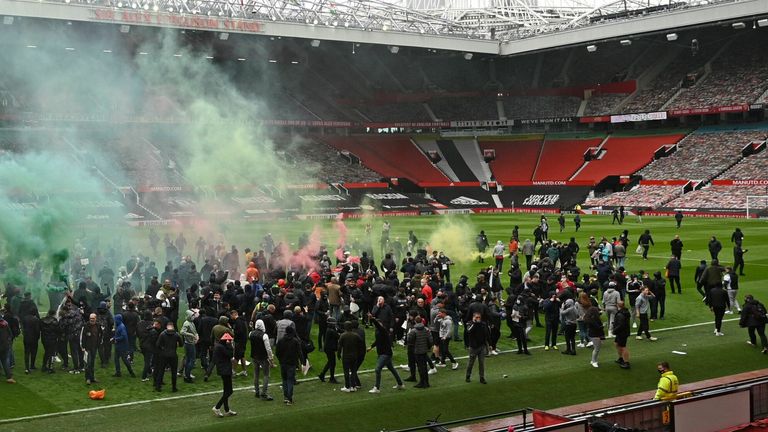 The protests were a demonstration from United supporters unhappy with the Glazer family’s 16-year ownership of the club and came two weeks after United were announced as a founding member of the now-collapsed European Super League.

United say protestors gained access to Old Trafford by breaking through barriers and security, before climbing gates and forcing access via a side door. They also say the door of a disability access lift was broken.

The protests led to Manchester United’s game against Liverpool on Sunday being postponed. The club are now working with police to identify anyone involved in criminal activity and say they will sanction any season ticket holder or member who are found to have been involved.

“Following events yesterday, while many fans wanted to exercise their right to protest and express their opinion peacefully, some were intent on disrupting the team’s preparation and the game itself, as evidenced by activity at the Lowry Hotel and at the stadium,” read a statement from the club.

“Reports in mainstream and social media that protesters were able to access the stadium and pitch via a gate opened by club staff are completely incorrect.

“After breaking through barriers and security on the forecourt, some protestors climbed the gates at the end of the Munich tunnel, then forced access to a side door in the stand, before opening an external door that let others through to the concourse area and the pitch.

“A second breach occurred when a protestor smashed the door of a disability access lift, enabling a group to enter the stand.

“The majority of our fans have and will condemn criminal damage, along with any violence towards club staff, police or other fans, and these now become a police matter.

“The club has no desire to see peaceful protestors punished, but will work with the police to identify those involved in criminal activity, and will also issue its own sanctions to any season ticket holder or member identified, per the published sanctions policy.

“Information on the rescheduling of the game and any possible implication on other fixtures will be announced after discussion and agreement with the Premier League.

“We remain committed to dialogue and engagement with our fans through the Fans Forum and other appropriate channels.”

Over a thousand fans protested outside of Old Trafford on Sunday, and hundreds broke into the ground and protested on the pitch ahead of the behind-closed-doors contest with Liverpool.

The match was originally meant to kick off at 4.30pm but was initially delayed and then called off completely just over an hour after the scheduled kick-off time. Discussions are taking place around finding a new date for the fixture.

Two police officers were injured during Sunday’s demonstrations, with one hospitalised after “sustaining a significant slash wound to his face”, according to Greater Manchester Police.

Supporters also gathered outside the team’s hotel – The Lowry Hotel in Manchester, where the United team were staying before the game – ahead of Sunday’s match at Old Trafford.

The Football Association also released a statement on Monday regarding the protests and while they were sympathetic to the majority of fans, they say they will investigate any “violent and criminal behaviour” on Sunday.

“Since we became aware of the European Super League our priority and focus has been on preventing it from happening, both now and in the future,” the statement read.

“Throughout this period, we have been in ongoing discussions with the Government, the Premier League and UEFA. In particular, we have been discussing legislation with Government that would allow us to prevent any similar threat in the future so that we can protect the English football pyramid.

“Last week, we started an official inquiry into the formation of the European Super League and the involvement of the six English clubs.

“We wrote to all of the clubs to formally request all relevant information and evidence regarding their participation. Once we have the required information, we will consider what appropriate steps to take.

“Clearly what happened was unacceptable and could have caused great harm to clubs at every level of English football.

“The fans have played a vital and impactful role in helping to stop the European Super League from happening, and we understand their frustrations.

“However, we cannot condone the violent and criminal behaviour that took place before the scheduled Manchester United vs Liverpool match, which The FA is now investigating.” 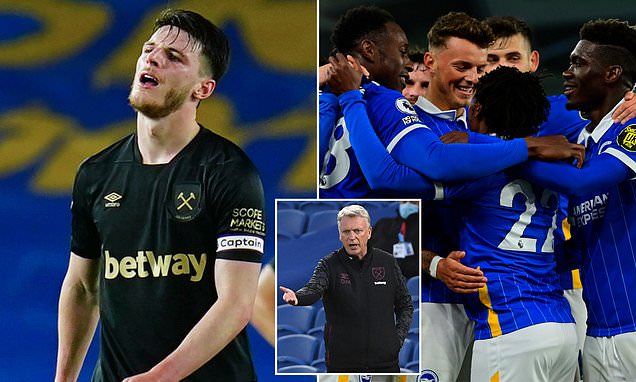 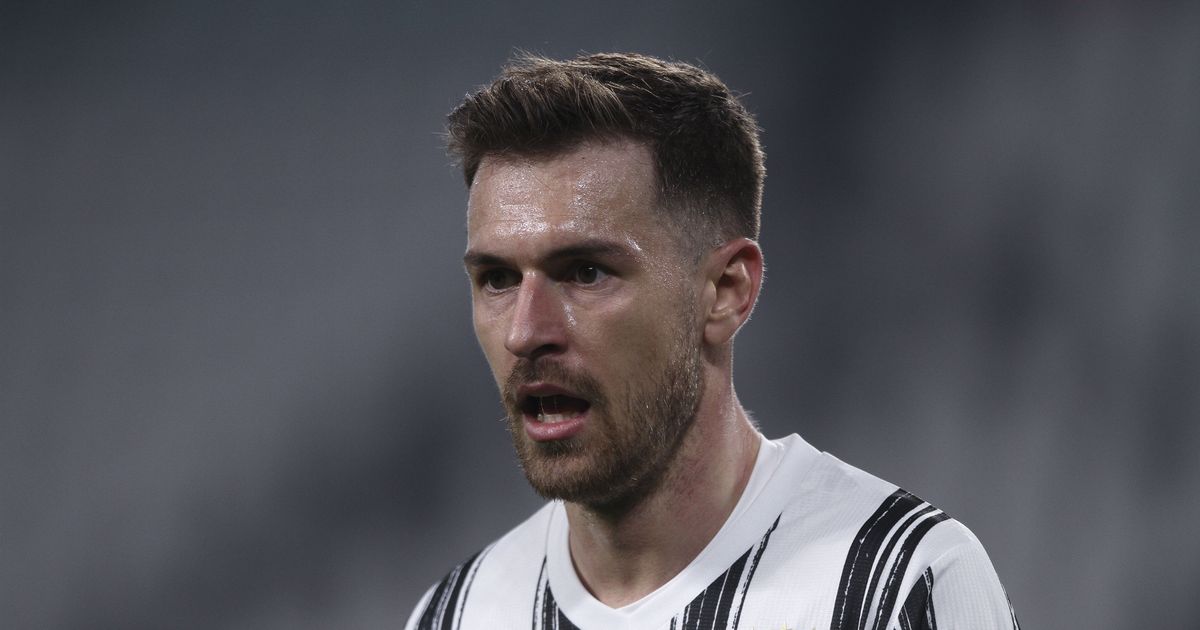