Once the drama had unfolded and a quite bonkers match was over at the Amex Stadium, there was still a cold reality staring Manchester United in the face.

Victory could not hide it and nor could the remarkable events that led to Ole Gunnar Solskjaer’s team snatching the most fortuitous of wins several minutes after the final whistle had sounded.

This remains a decidedly average United team. One who have started the season being outplayed by two opponents likely to finish in the bottom half of the Premier League table. One who are destined to stay in the shadow of Liverpool and Manchester City for the foreseeable future. 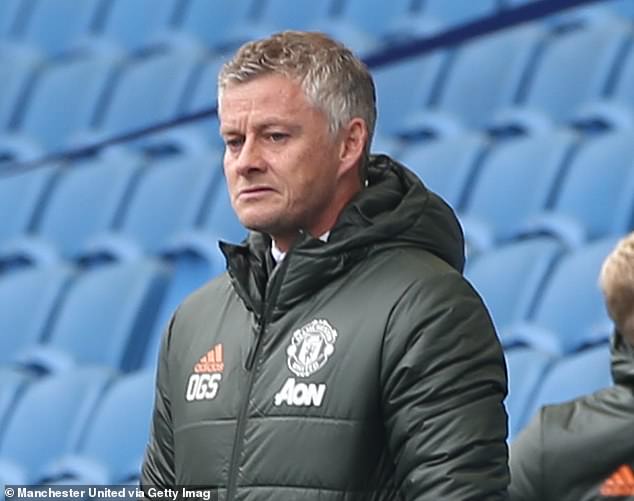 There was little evidence on a windy afternoon that United had improved on an opening-day defeat by Crystal Palace despite another week’s catch-up training on their rivals. Only the result was different.

Should that be cause for alarm around Old Trafford? Well, it depends. If you believed that United could give Liverpool and City a run for the title this season, then yes. They are still well short of that level.

Considering how high the bar has been set in the last two seasons and United’s next five league fixtures — Tottenham, Newcastle, Chelsea, Arsenal and Everton — any supposed title challenge could be over by early November.

If, on the other hand, you share the recalibrated view of United as a club still rebuilding more than seven years after last being crowned champions in Sir Alex Ferguson’s final season — fighting for the top four, a decent stab at one of the cups — then this is par for the course in 2020. Manchester United Lite, if you like. 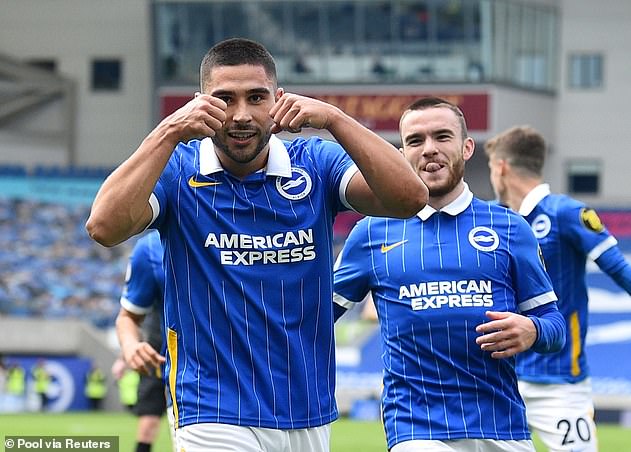 Palace felt emboldened enough to come to Old Trafford and take the game to Solskjaer’s side. Brighton striker Neal Maupay was so cocky that he beat David de Gea with a Panenka penalty and then made a cry-baby gesture as the angry United keeper kicked the ball at him.

Tweaking United’s tail is no longer seen as an act of football suicide, even though Graham Potter did not appreciate Maupay’s insolence. ‘I tend not to look at penalties. (Assistant) Billy Reid told me he’d done that and I said, “Thank God I didn’t see it!”,’ the Brighton boss said. There was a hint of karma when Maupay handled Harry Maguire’s header, leading to Bruno Fernandes scoring the decisive penalty in the 100th minute.

‘Sometimes football defies logic,’ said Solskjaer. ‘How that game ended as it did, I’ve never seen that before.’ Brighton were justified in asking why the game was still going on considering Solly March had just made it 2-2 in the fifth and supposedly final minute of stoppage time. 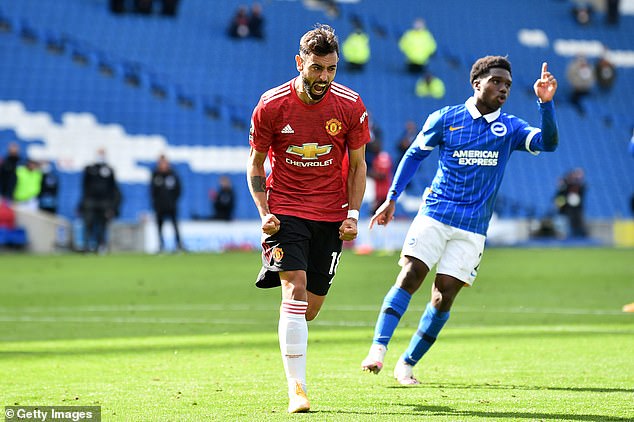 Potter was left to pick up his shattered players from the injustice of it all, and not least because they had just become the first team to hit the woodwork five times in a Premier League game since Opta began collecting stats 17 years ago. Leandro Trossard alone managed it on three occasions, as well as forcing a point-blank save from De Gea. The Belgian was excellent but you suspect he could have stayed out there until United return to the Amex in the Carabao Cup on Wednesday and still not scored.

It will be a different United line-up next time but the questions over Solskjaer’s first XI remain.

Central defence is still an area of great concern. On the right, Aaron Wan-Bissaka is a formidable defender one-on-one but appears vulnerable to high balls to the back post.

In midfield, Paul Pogba looks like a player who has had an even shorter pre-season than his team-mates after his positive Covid test. You would hardly have known he was playing on Saturday but for the clumsy challenge on Aaron Connolly that led to a rescinded penalty.

United might be a force up front, but Anthony Martial was anonymous and Mason Greenwood struggled to make an impact. 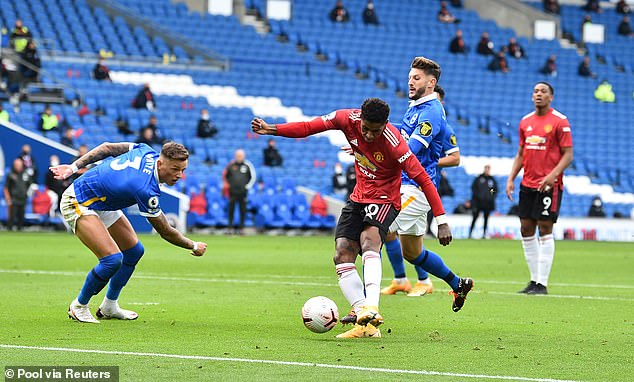 It was left to Marcus Rashford to produce a fantastic goal that put United 2-1 up.

The assist came from Fernandes but even United’s talisman was found wanting, giving away the first penalty for a foul on Tariq Lamptey and leaving March unmarked to head the late equaliser.

United had Maguire to thank for getting into the box to pressure Lewis Dunk into scoring an own goal before forcing the aberration from Maupay and that remarkable finish.

‘It’s a classic example of the brain not functioning as well as it can, but you can understand that in the last minute of a 100-minute game,’ said Potter. ‘It feels unfair, it feels raw and it feels sore.’

Any injury news for Wednesday? ‘Just a few broken hearts.’ 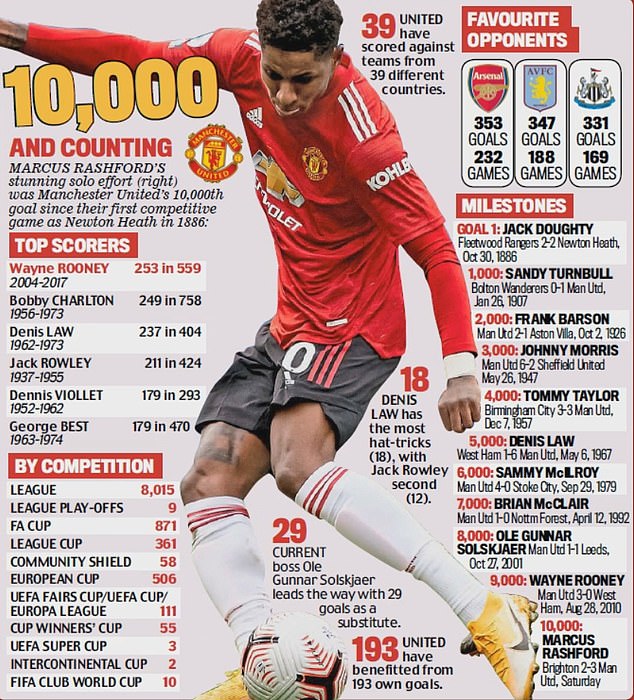