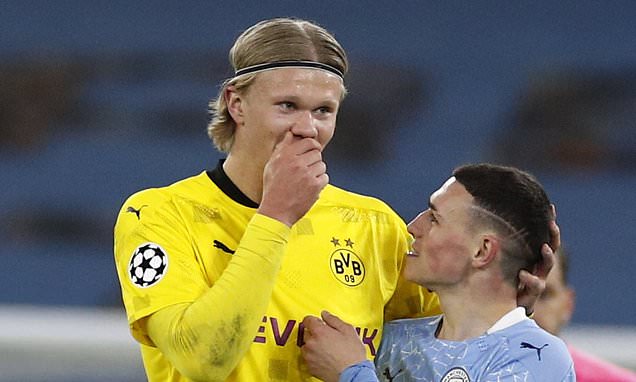 This was not the first time Erling Haaland stepped inside the Etihad Stadium. Not even close, actually. He was present for Phil Foden’s senior debut four years ago. Manchester City beat Feyenoord that evening, Haaland sat with his father Alfie studying Sergio Aguero.

If things fall into place — and that remains a big if — then the pair could pass each other at the training ground’s revolving doors. City certainly hope so.

There are 55 days between him and Foden, the 20-year-olds who might well take on the world over the next decade. Maybe they will do it together. This is a transfer story that has the lot, even if it has not just yet developed into a saga. The agent’s tour of Spain last week, the plethora of managers — including Pep Guardiola — uneasy at questions about a young striker whose ability they cannot justifiably play down with a straight face but also cannot admit to fancy taking off Borussia Dortmund’s hands.

Then there was the £2,000 sky blue Louis Vuitton backpack Haaland wore as he entered the Lowry Hotel.

Maybe nothing but it adds to the intrigue surrounding the Norway international and it is quite some time since there was someone this prolific at this age.

That he lined up against City — his father’s former club and one for which he was once a member of the Scandinavian supporters’ branch on Facebook — added mystique. 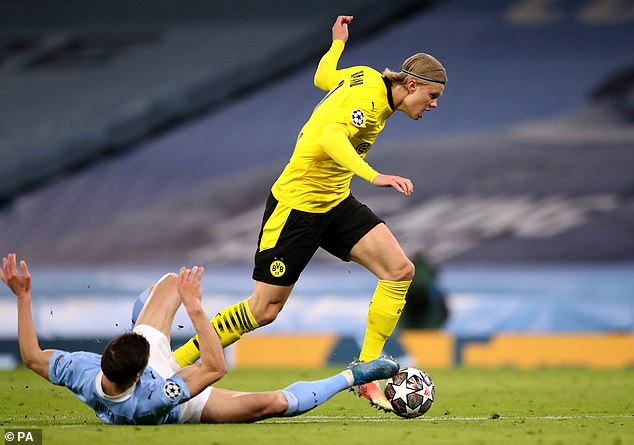 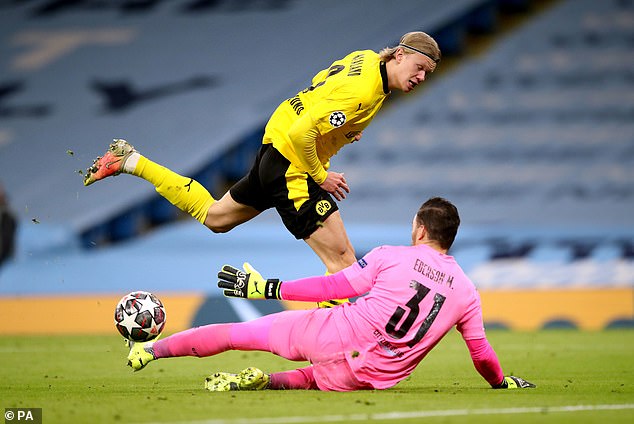 Guardiola was wary of what Haaland could produce, City’s biggest defensive objective attempting to cut off the supply.

He might be on the longest goalless run since his days as an 18-year-old at Molde — a whopping four matches — but give up chances and he will gladly punish the best defence on the continent. Haaland is so explosive that a lapse in concentration spells doom.

It was interesting observing the different facets to Haaland’s game, occupying both Ruben Dias and John Stones.

Jude Bellingham looked the most likely to benefit and one diagonal off-the-ball run by his striker sent City’s back two momentarily dizzy. The pace and strength with which he beat Dias just after half-time, bulldozing the centre half away before a smart Ederson save was to see a force of nature. 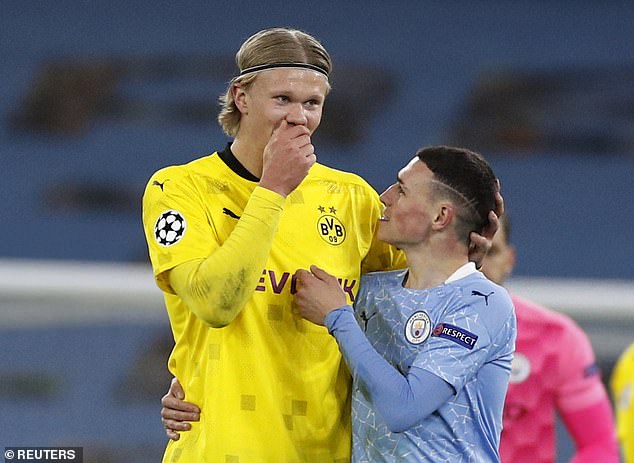 He can explode and there are very few who can match both his hulking presence and speed. There is supreme intelligence there too, a wonderful flick around the corner for Marco Reus’ equaliser as Stones stood off.

Single-minded, he has always moved for sporting reasons. Red Bull Salzburg was smart after Molde; Dortmund smarter thereafter. Yet he is ready for more and Dortmund’s precarious position in the Bundesliga simplifies matters.

If they fail to make the Champions League, keeping Haaland is far tougher — not just factoring their finances, but his ambition.