Man City: Does Guardiola need a striker this summer?

Manchester City were crowned Premier League champions on Tuesday after nearest rivals Manchester United fell to a 2-1 defeat to Leicester City. It was their third league title in the past four seasons with Pep Guardiola’s men being deserved champions.

It has been an utterly dominant season from City as they reclaim their crown from Liverpool.

Express Sport takes a look back on the five matches that has seen them be named as champions.

It seems somewhat bizarre to at first pick out a defeat and a heavy one at that but this thumping at the hands of Brendan Rodgers’ men gave City the lessons that they needed.

Defensively, the Citizens looked vulnerable throughout as Jamie Vardy bagged a hat-trick, with James Maddison and Youri Tielemans also getting on the scoresheet.

That reverse convinced the club to turn to the transfer market and bring in Ruben Dias from Benfica – a move that has been inspired. 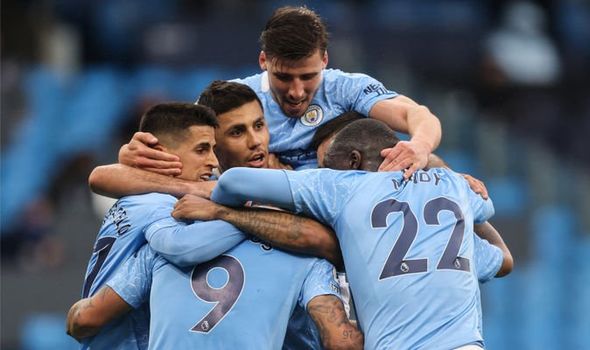 Despite the Portuguese’s arrival, it still took some time for City to really click into gear. It took the visit of Burnley in late November for that to happen.

Guardiola’s men were irresistible throughout the game as Riyad Mahrez secured the match ball with an excellent treble.

Benjamin Mendy and Ferran Torres also got in on the act in a thoroughly dominant victory for Man City. 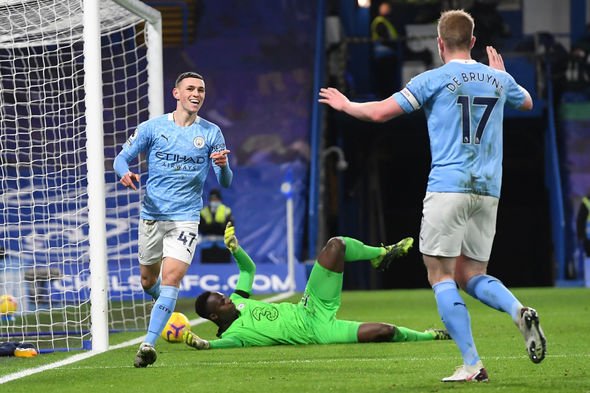 Heading to Stamford Bridge in January, City were finally starting to hit their straps and it looked a key game in the race for the title.

The pressure did not look to be showing though as a ruthless 35 minutes saw Ilkay Gundogan, Phil Foden and Kevin De Bruyne all find the net.

Callum Hudson-Odoi pulled a goal back for Chelsea late on but City were not to be denied a brilliant three points against one of their main rivals for the title. 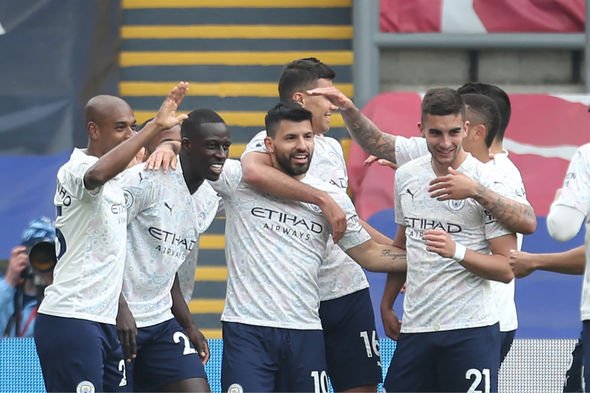 Speaking of title rivals, Liverpool were then the next to be put to the sword in early February.

It was a statement victory from the visitors at Anfield as they displayed their resilience and quality to reduce the considerable gap to the Reds that was on display throughout 2019/20.

Gundogan scored twice on the day, with Raheem Sterling and Phil Foden also netting for City’s first Premier League victory at Anfield since 2003. 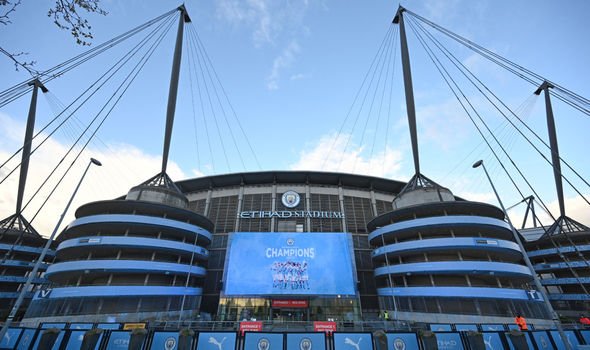 As it happened, the last win before they were crowned as champions.

It was also City’s 20th victory in their previous 22 league games – a run of form that has seen them canter to a fifth Premier League crown.