Manchester City got straight down to business again following their thrashing of Southampton on Sunday.

City, who beat the Saints 6-1 in the Premier League, were in very high spirits as they trained on Monday afternoon ahead of their Champions League encounter at home to Shakhtar Donetsk.

The likes of Gabriel Jesus, Sergio Aguero, Raheem Sterling and John Stones were seen taking part in warm up drills before enjoying a spot of ball work at their state-of-the-art training complex. 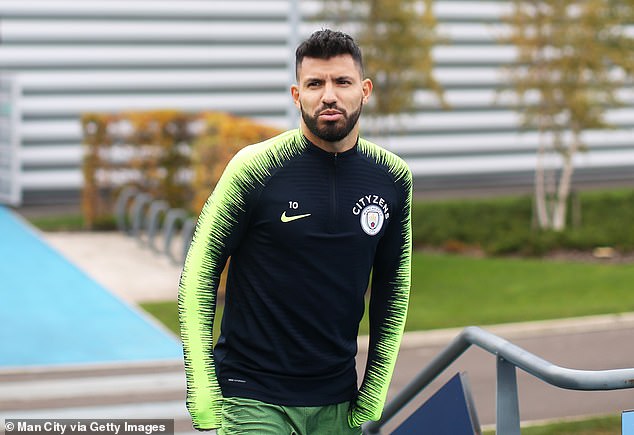 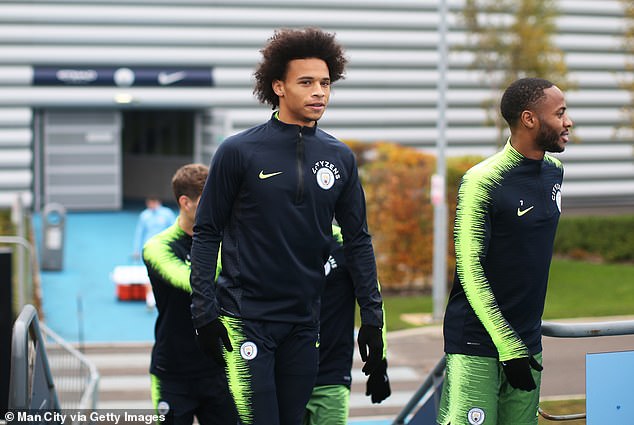 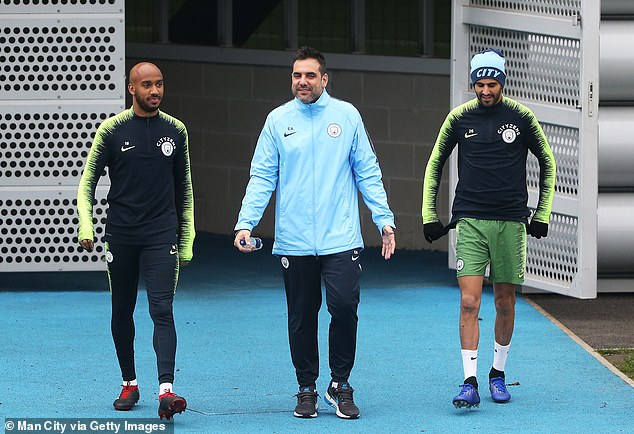 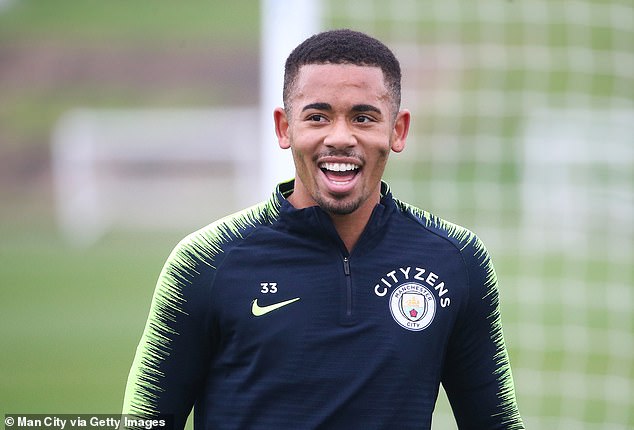 They head into the Wednesday’s European clash in very confident mood after picking up their ninth win of 11 in the Premier League over the weekend.

And ahead of the clash with the Ukraine giants, one of City’s biggest stars has issued a warning to both their domestic and European rivals.

Leroy Sane has insisted that Pep Guardiola’s side are hungrier than ever before for silverware despite their record-breaking success last season.

‘It can be hard to keep concentrating, especially when you are so much on top. You have to focus and start from the beginning,’ the Germany international said. 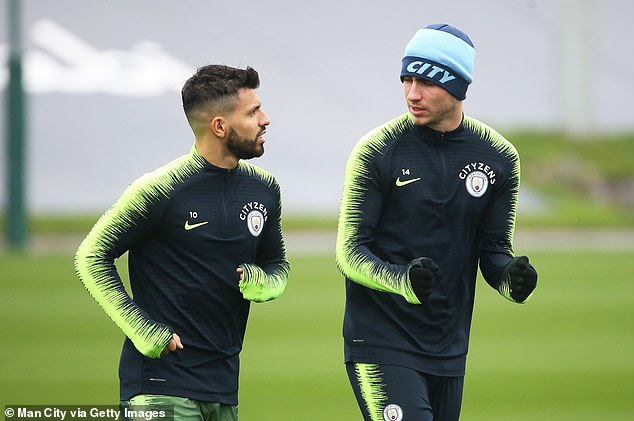 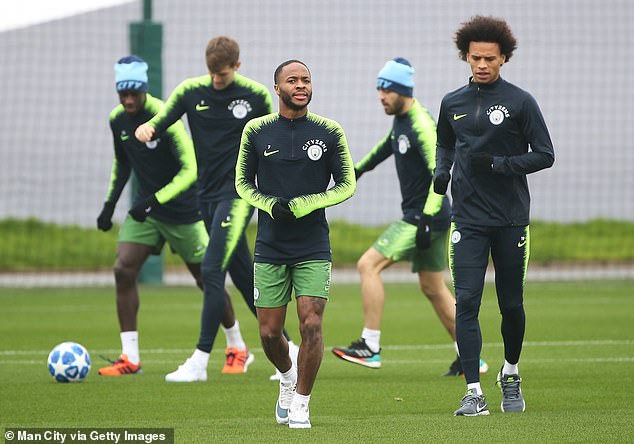 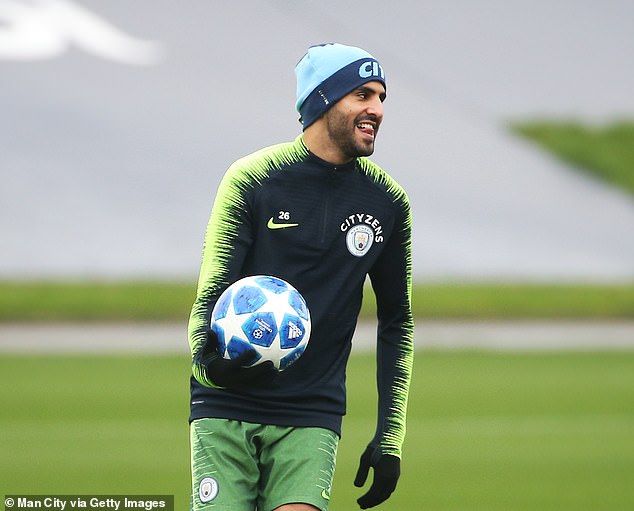 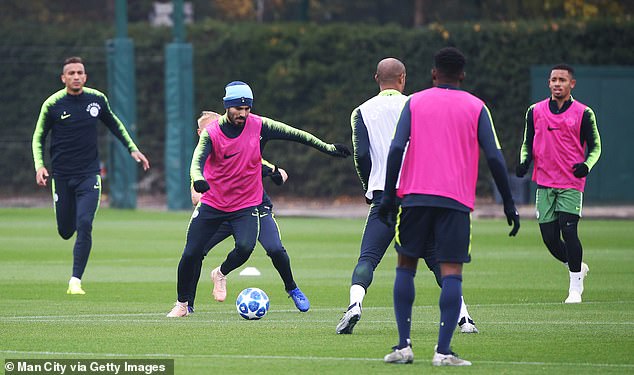 ‘We really wanted to beat Southampton so we could be alone at the top of the table, as Liverpool dropped points.

‘In our team we have players of good character who always want to win, always hungry, always want to improve, score goals, give assists and have a clean sheet.

‘And we have a coach who keeps telling us we need to improve, improve, make more clean sheets, make less mistakes, and be more careful.’ 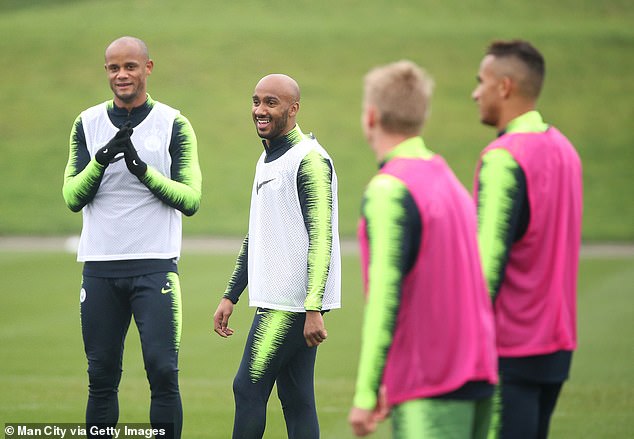 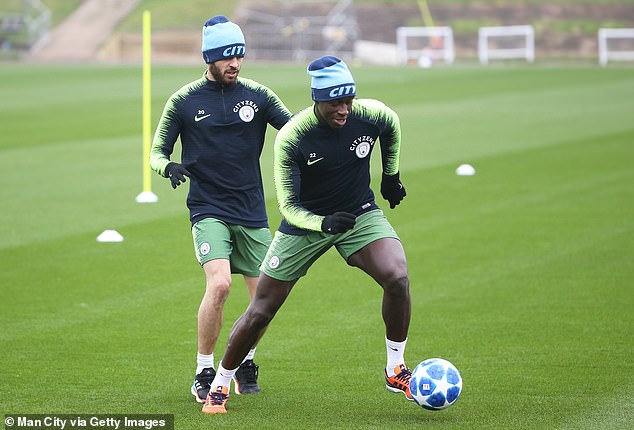 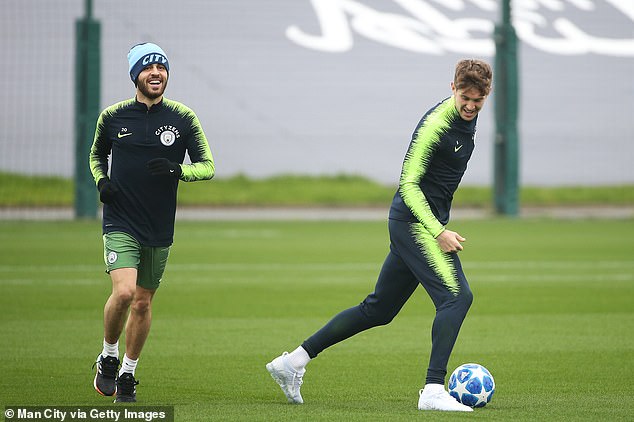