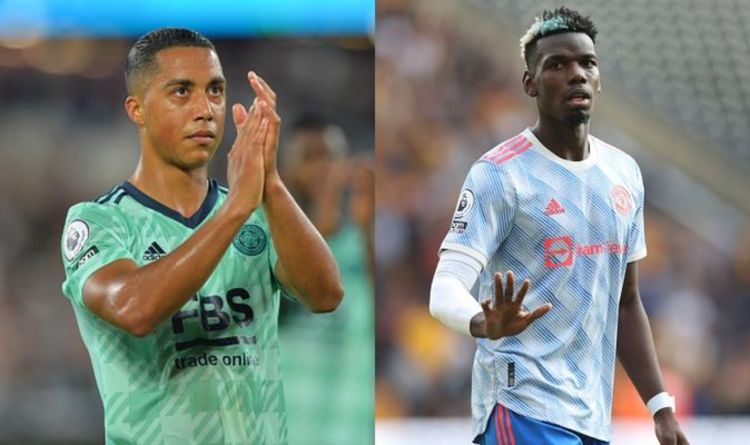 Manchester United could have an incredible starting XI even if they lose Paul Pogba next summer. The Frenchman is out of contract at the end of the season, and the Red Devils are reportedly considering bringing in Leicester’s Youri Tielemans as a replacement.

Manchester United boss Ole Gunnar Solskjaer should still have a number of quality players to call upon, even if Paul Pogba does leave the club next summer.

The France midfielder only has one year left on his current deal, and it is not clear whether he will stay on at Old Trafford.

According to Fabrizio Romano, the Red Devils are considering a possible move for Leicester ace Youri Tielemans as a replacement.

So where would the Belgium maestro slot in at United? Express Sport looks at the possible XI that could feature in the trusty 4-2-3-1 formation.

In goal, Dean Henderson looks increasingly likely to become the long-term number one after his competition with David de Gea was not settled over the summer.

At 24 he has the best part of 6 years on his Spanish colleague, and it makes perfect sense for him to become the club’s no. 1 from next season.

There are highly unlikely to be any changes in defence if the current lot do the job, meaning English duo Aaron Wan-Bissaka and Luke Shaw will likely continue at right and left-back respectively.

Moving into midfield, much has been made of the situation in the midfield pivot, with Pogba given the nod to start there so far this season.

Scott McTominay looks as though he will be a regular for years to come in the sitting role, with Nemanja Matic not getting any younger and Fred continuing to underwhelm.

Tielemans has played in the more advanced role of a two at Leicester alongside Wilfried Ndidi, and would slot in nicely there.

Nobody is ousting Bruno Fernandes from that no. 10 role any time soon, even if his levels were to drop, which they are showing no sign of doing.

Jadon Sancho will surely play on the right wing once he has fully settled in at Old Trafford, leaving Marcus Rashford to battle it out with Mason Greenwood on the left.

And Cristiano Ronaldo will be the main threat up front if he shows he still has what it takes to be a world class goal scorer.