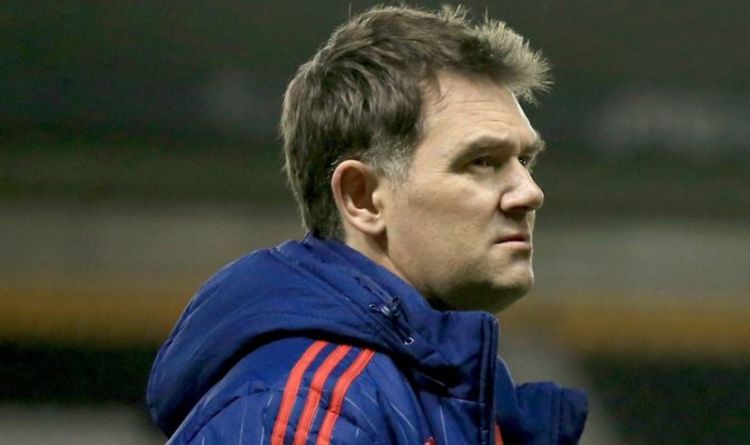 Ronaldo 'happy to be back home' at Man Utd

Manchester United’s deadline day sale of Dan James to Leeds showed that transfer business is on an upward curve under football director John Murtough. James joined Marcelo Bielsa’s side on the day United confirmed the sensational signing of Cristiano Ronaldo – but the Premier League giants still have work to do to ensure they are as competitive in the market as the club’s fanbase demand.

James’ switch to Leeds on the final day of the transfer window appears to have been one that suited all parties.

The West Yorkshire club landed their man two-and-a-half years after they tried to sign him from Swansea, only for the proposed move to fall through at the 11th hour.

The 23-year-old wasn’t likely to see much action at United after the signings of Ronaldo and Jadon Sancho, even though he started two of United’s first three Premier League games this season.

But he will fancy his chances of carving out a place in Bielsa’s plans after struggling to nail down a regular role in Ole Gunnar Solskjaer’s attack.

For United, the sale of James represents great business – with Leeds paying a reported £30million for a player who cost the Red Devils around £18m in the summer of 2019.

And the move looks even more encouraging for United’s transfer chiefs after it was reported that they knocked back two bids from Leeds before striking a deal.

According to The Athletic, the Whites submitted three bids within an hour when negotiating with senior United figures Matt Judge and John Murtough, before a compromise was eventually reached.

James is just the fourth player Manchester United have made a profit on within the last decade – after Alexander Buttner, Javier Hernandez and Chris Smalling.

Outgoing executive vice-chairman Ed Woodward has earned plaudits for his work in the club’s commercial department, but has been heavily criticised over United’s tendency in recent years to spend big on players such as Alexis Sanchez and Angel di Maria – only to see them flop as the Red Devils failed to recapture their glory years.

Murtough was appointed as football director earlier this year in an overhaul of the club’s structure, with Darren Fletcher promoted to technical director.

And so far the results have been promising, with United having signed long-term target Sancho and the accomplished centre-half Solskjaer needed in Raphael Varane.

Those two moves were of course trumped by the return of Ronaldo in a move arguably even bigger than PSG’s capture of Lionel Messi.

But even after such an impressive transfer window, there are regrets for United fans who wanted their club to sign a defensive midfielder, while Solskjaer was also expected to target a right-back.

Eduardo Camavinga joined Real Madrid for a similar fee to that brought in by the sale of James, while Ruben Neves was reported to have been available for a similar price, and Yves Bissouma’s price tag is said to be £40m.

United were linked with Kieran Trippier with Solskjaer’s squad light on right-backs, but he has remained at the Wanda Metropolitano – leaving only Diogo Dalot as specialist back-up to Aaron Wan-Bissaka at Old Trafford.

Fans are understandably delirious with the return of Cristiano Ronaldo, and he will undoubtedly improve Solskjaer’s attack.

But it was never in the Red Devils’ plans to sign the 36-year-old, according to the Manchester Evening News – with the club only making a move as it became clear neighbours Man City were about to land him.

James’ sale shows United have got their swagger back at the negotiating table, and in future windows they need to build on that by offloading more of their surplus stars – and ensuring they get the players they need, when they need them.