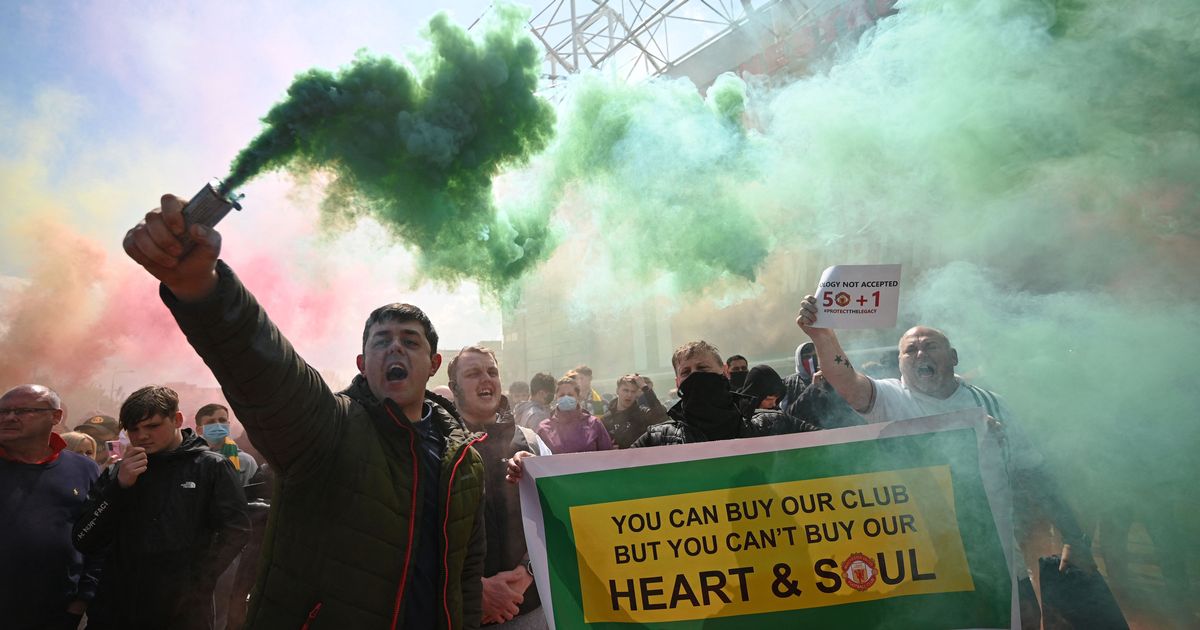 Manchester United'sPremier League clash against Liverpool has been delayed after supporters broke onto the Old Trafford pitch.

It remains unclear as to how the protestors gained entry to Old Trafford and then onto the pitch ahead of the planned 4:30pm kick-off.

And Premier League officials have confirmed that the clash, which could see the title go to rivals Manchester City if the visitors win, will be delayed.

The new kick-off time has not yet been confirmed – but talkSPORT reports that the two teams and referees will meet to discuss an ' aspirational' kick-off time of 6:30pm

Hundreds of fans entered the Old Trafford pitch two hours before kick-off, where they let off flares and chanted to voice their desire for American owners the Glazers to leave.

And they gathered to display banners for the Sky Sports cameras, with one fan aiming a flare at the broadcast platform.

While supporters left the ground in an 'orderly fashion', some took 'balls, corner flags, and camera equipment' from Old Trafford.

Both teams have remained at their hotels – but have seen protests on Chapel Street block United from leaving The Lowry in the city centre.

Tempers have been high for the past couple of weeks following the announcement of the European Super League, with protests have culminated today demanding the Glazer family sell up.

United boss Ole Gunnar Solskjaer said in his pre-match press conference: "It's important that the fans' views are listened to and we communicate better.

"As I've said before I've been backed, I've had great support from the club and the owners and I'm sure I will get the backing again to go one step further.

"When the protests are on, it's important they go in a good fashion and that we keep it peaceful."