This will be the 233rd competitive meeting between Manchester United and Arsenal. United are unbeaten in their previous 13 home matches against the Gunners in the Premier League. The north London outfit, though, have won two of their last three league meetings with United.

They were able to start Marcus Rashford and Bruno Fernandes on the bench against RB Leipzig in midweek Champions League fixture.

Both made an impact off the bench in the second-half, including a hat-trick from Rashford.

“Marcus Rashford came on and did well but the groundwork was there from the team, that’s what you want that from the subs,” said Solskjaer. 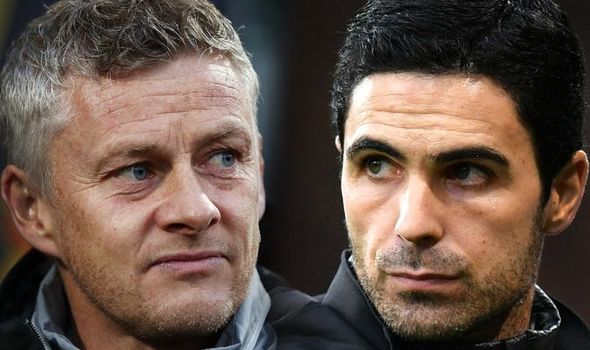 “What a shift they put in. Leipzig are a high press, the intensity, so we had to dig deep.

“We had to rest a few because the season is relentless, so we used the squad.

“This group is coming together. The more quality and spirit you have the more you get the performance.”

There was even a cameo appearance for deadline day signing Edinson Cavani, who had a goal ruled out for offside.

“We made some changes because of (Arsenal on) Sunday as you have to be ready for that. We need to pick up points,” Solskjaer added. 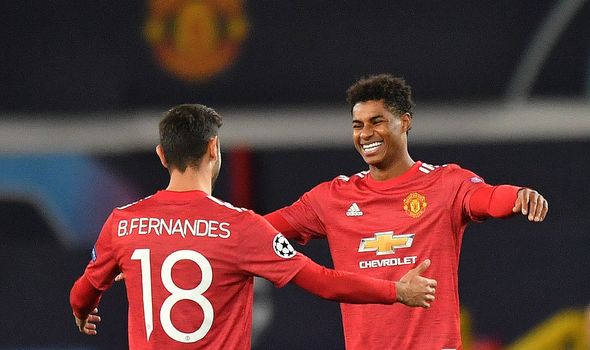 The Man Utd vs Arsenal predictions below have been supplied by thepools.com.

The probabilities shown are based on how fans have been betting on the Premier League clash.

A spokesperson said: “United discovered a spectacular homesickness remedy on Wednesday night – just in time for an eagerly awaited visit of Arsenal.

“After back to back home defeats and then a mind-numbing draw with Chelsea, United powered five past last season’s Champions League semi-finalists RB Leipzig in midweek – giving them a 47.6% chance of winning according to bookies thepools.com. 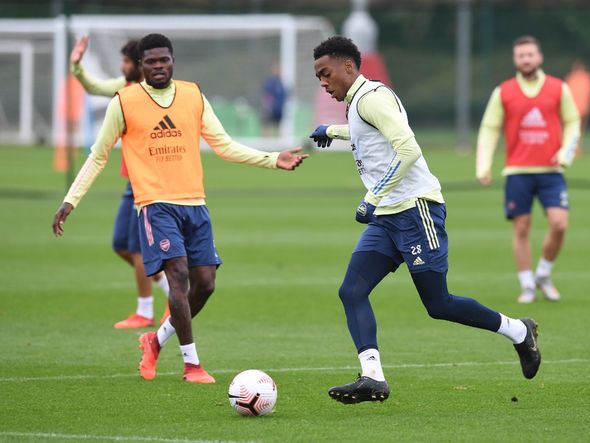 “The Gunners have, however, won two and drawn one of the duo’s last three league meetings.

“Those last three meetings have produced under 2.5 goals and that is given a 48.8% probability.

“The Gunners have scored in each of their last 14 matches against United, the hosts have only kept one clean sheet in their last three home games and Both Teams To Score is given a 62% likelihood, with United to win and BTTS a 27.8% probability.”

Arsenal face Dundalk in the Europa League before the trip to Old Trafford.

And despite the importance of the weekend’s Premier League clash, Mikel Arteta is still giving due respect to the Irish side.

“I’ve been told a lot of positive things about them,” said the Arsenal boss.

“What I’ve seen is a really determined coach and you can see in every reaction of how they are playing, how united they are.

“They are really well organised. They fight really hard and they will be coming here with an incredible passion as the underdogs.”