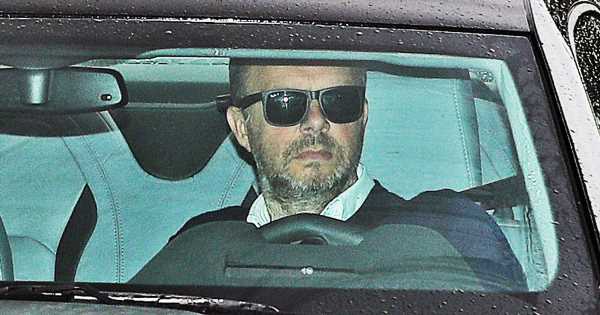 Manchester United have been told that signing Erling Haaland will end their wait for a Premier League title.

Ole Gunnar Solskjaer’s side have inserted themselves into the title race after a run of 10 games unbeaten.

A win over Burnley on Tuesday would move them above Liverpool and to the top of the table.

The Red Devils then make the trip to Anfield in a potentially pivotal week in deciding the destination of the trophy.

United’s good form has led to an increasing expectation that they could be active in the January window.

Amad Diallo has already arrived after completing his move from Atalanta, but depite that, it has been suggested it could be a quiet month at Old Trafford.

Executive vice-chairman has recently reaffirmed his commitment to backing Solskjaer, but claimed their long-term transfer plan will centre around the summer window.

However, former Aston Villa striker Gabriel Agbonlahor has told the title chasers that signing Haaland will be the major difference.

Solskjaer made a major play to sign his compatriot before at the end of 2019, before he ultimately signed for Borussia Dortmund last January.

Since that £18million move his value has only sky-rocketed after a stunning first year in the Bundesliga.

His brace against RB Leipzig on Saturday brought his tally to 35 goals in just 34 games for the Germans, with Agbonlahor suggesting any deal will likely be a record breaking one.

“He’s the most complete striker out there for me,” Agbonlahor told talkSPORT. “We’re talking about Premier League clubs wanting him; I think Bayern Munich or Real Madrid are the favourites to get him.

“You’re talking ridiculous money. He’ll be the most expensive player ever when he leaves Dortmund because he’s getting better.

Can Man Utd win the Premier League title this season? Have your say here.

“He’s learning, he looks hungry. He’s not happy just to be at Dortmund and score goals, he’s trying to improve his game and he’s going to get better and better.”

United have retained an interest in the 20-year-old, with reports claiming they will prioritise a move for him over his Dortmund teammate Sancho.

And Agbonlahor claimed should they agree a deal for the striker, it would ensure they win their first title since 2013 this year.

He added: “You look at the Premier League teams that could do with him now; Manchester City, Manchester United, Chelsea, Liverpool, they could all do with him.

“What would he do for any of those clubs now? If they had him in January, whoever signed him would win the league.