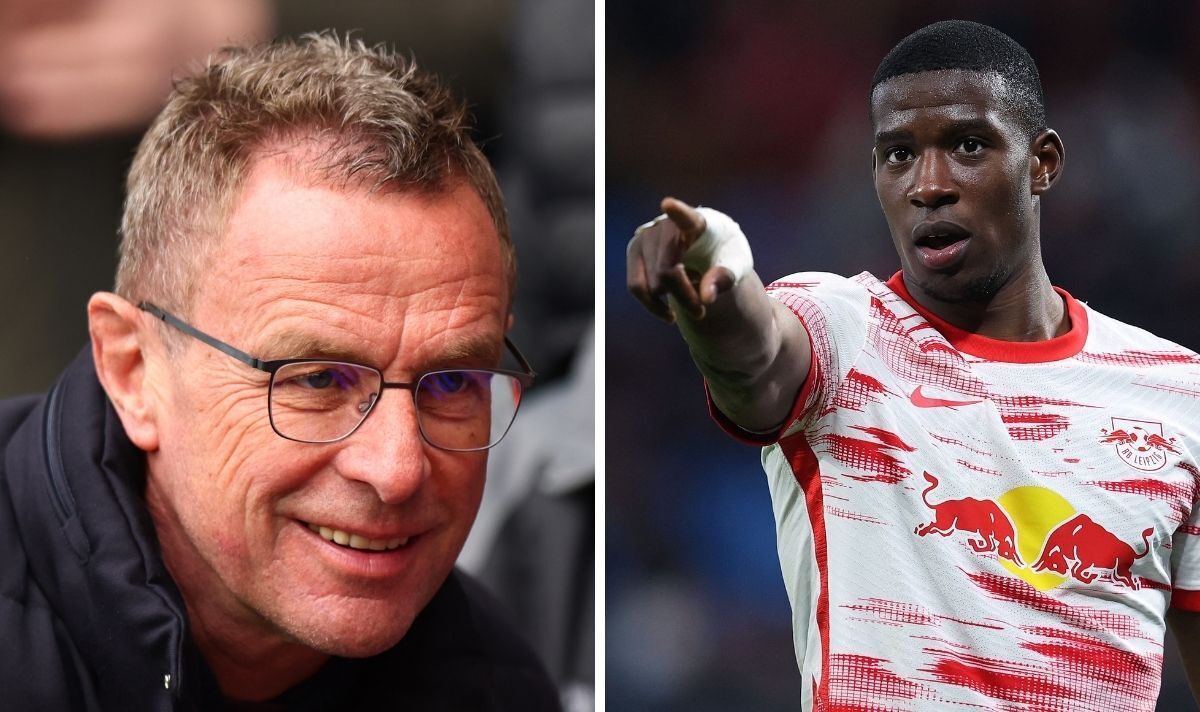 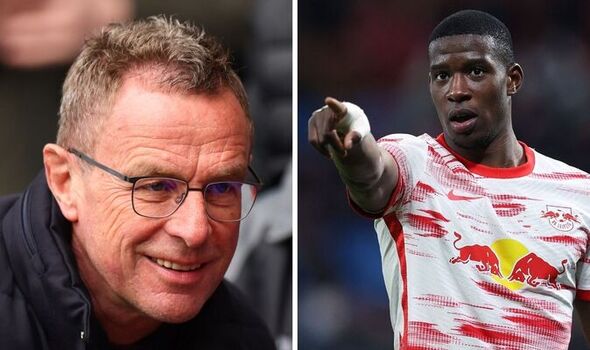 Manchester United know a deal is there to be done if they want Nordi Mukiele from RB Leipzig this summer with the Bundesliga club reportedly willing to accept as little as £8.5million for the Frenchman. Links to the versatile defender have gone into overdrive in the past 48 hours and there has been some suggestion that United could lodge a formal bid soon.

Ralf Rangnick knows the player well from his time at Leipzig but with Mukiele’s contract in Germany expiring next summer, his current club are keen to offload.

Multiple reports in both France and Germany have claimed United are now readying an offer but Bild have offered the Red Devils further encouragement that a deal could be struck.

The report states that Leipzig want to collect at £8.5m for Mukiele and will push for a sale this summer to avoid losing him on a free transfer 12 months down the line.

That could hand United the incentive to make their move – although it’s still unclear what will happen with both Aaron Wan-Bissaka and Diogo Dalot as of yet.

Crystal Palace are keen on bringing their former player back to Selhurst Park but the player is said to favour staying at Old Trafford beyond this summer.

His game time has been limited ever since the arrival of interim boss Ralf Rangnick, who has favoured Dalot since replacing Ole Gunnar Solskjaer.

New boss Erik ten Hag is set to run the rule over the defensive duo in pre-season and is understood to be keen for Wan-Bissaka to stay.

Yet the arrival of Mukiele could potentially push one of United’s current right-backs closer to the exit door.

The board are said to be open to upgrading their options at full-back this summer if any worthwhile opportunities present themselves.

United are not the only club tracking Mukiele though with Atletico Madrid also monitoring the situation.

Spurs and Liverpool have also looked at the player in recent years but the former Montpellier man has remained with Leipzig, where he has made over 100 appearances.

Mukiele is not the only Leipzig player of interest to United either.

Christoper Nkunku and Konrad Laimer are also rated very highly by Rangnick, who will be moving upstairs into a consultancy role to support Ten Hag.

United are expected to hand the 52-year-old Dutch tactician a significant budget to overhaul his current underwhelming squad.

Jesse Lingard, Edinson Cavani, Paul Pogba, Juan Mata and Nemanja Matic are all set to depart at the end of the season.

It means United need to plug at least five gaps in their squad and more departures could yet follow with Eric Bailly, Dean Henderson, Anthony Martial and Phil Jones among those facing uncertain futures.