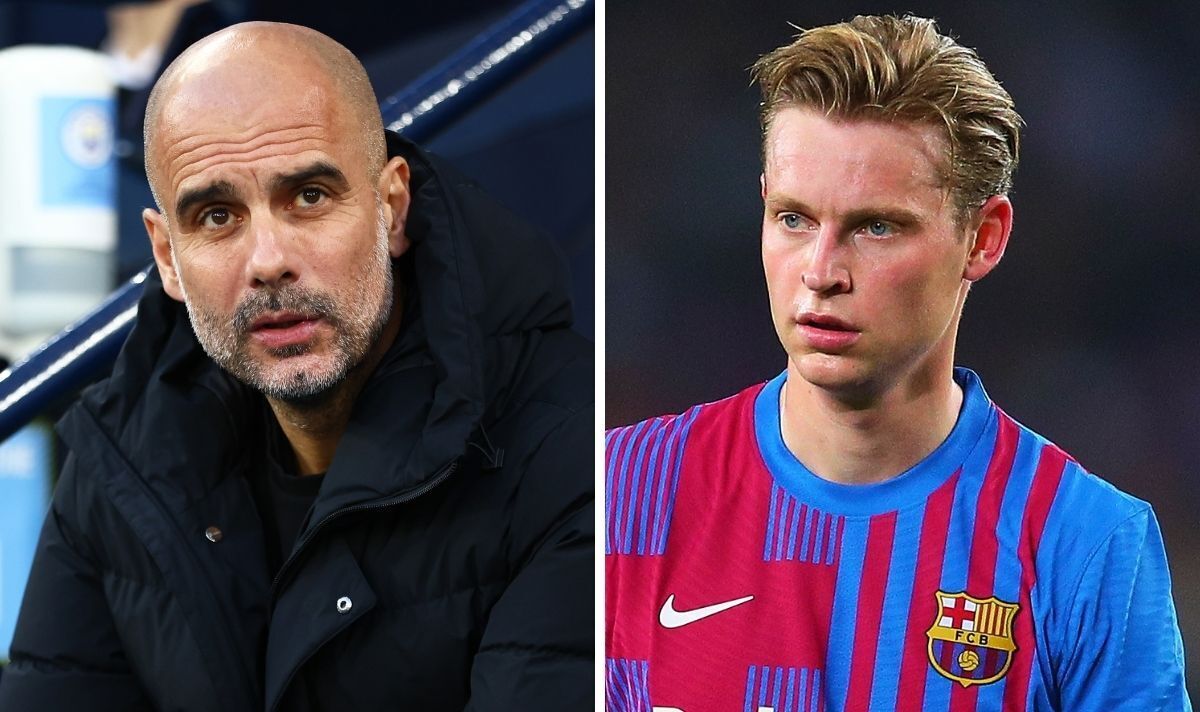 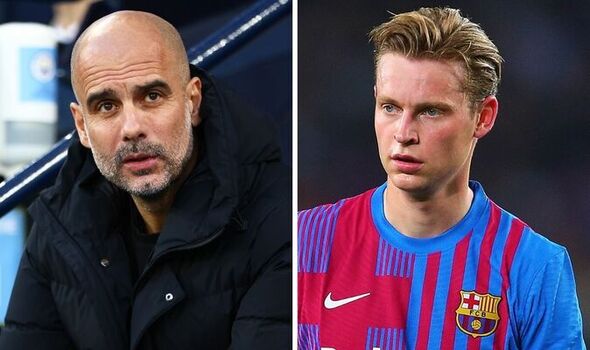 Manchester United may be set for more transfer heartache this summer with Frenkie de Jong reportedly desperate for a move to rivals Manchester City. The Red Devils are stepping up their summer transfer plans ahead of the final game of the season against Crystal Palace.

Signing at least one world class midfielder is the main target and De Jong appears to be at the top of the list. Erik ten Hag has a strong working relationship with the 25-year-old from their time together at Ajax.

The incoming United boss helped bring De Jong through into the first team before he was sold to Barcelona in a deal worth £65million. Since then, De Jong has established himself as a regular for Barcelona in midfield but the Catalan club could look to sell this summer to help balance the books.

That has opened the door for United to swoop in and reunite De Jong with Ten Hag. But The Sun suggest that De Jong is more interested in a switch to City after Pep Guardiola tried and failed to sign the midfielder three years ago.

The report points out that De Jong is still owed around £6million in unpaid wages after Barcelona players deferred 40 per cent of their salary for a year due to the club’s financial crisis. De Jong is said to be willing to ‘waive’ those unpaid wages to seal a move to the Etihad.

City are reportedly not going to pay the £65m Barcelona are looking to recoup from what they paid back in 2019. But De Jong’s reported view on leaving the £6m owed to him on the table could give City an edge.

Barcelona could also reportedly accept one of Bernardo Silva or Raheem Sterling as part of any deal for De Jong. City are expected to be in the market for a central midfielder this summer with Fernandinho leaving.

Xavi has indicated that he wants to keep De Jong, but accepts the final decision could be out of his hands.

“For me he is very important,” Xavi said. “He has been a starter practically always, except when he has rotated due to tiredness, fatigue or competition.

“For me it is fundamental, but we all depend on the economic situation of the club.”