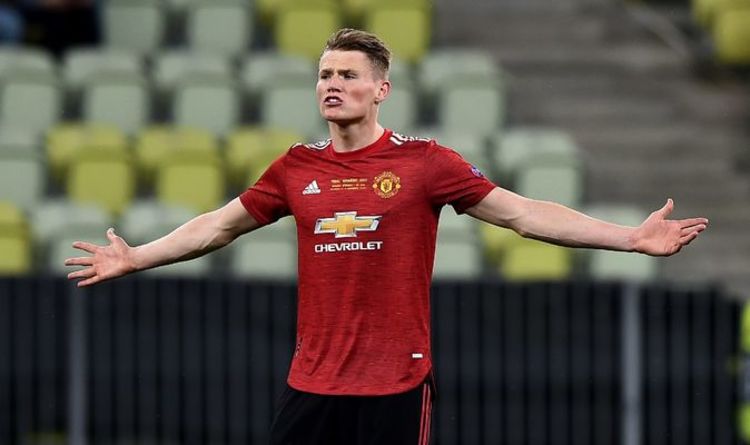 Manchester United succumbed to their second successive final defeat on Wednesday night in the Europa League, but one player stood out among the rest. Scott McTominay was sensational in defeat against Villarreal and could save the club some money this summer.

Ole Gunnar Solskjaer was denied his first trophy as manager on the 22nd anniversary of his treble-winning goal against Bayern Munich in the 1999 Champions League final.

Villarreal frustrated United in Gdansk, going ahead in the first-half through Gerard Moreno before Edinson Cavani equalised after the break.

The penalty shootout that followed was a spectacle, as the Spaniards ran out 11-10 winners, with David de Gea missing the fatal spot-kick.

Too many of Solskjaer’s players didn’t show up on the night, but McTominay was a welcome exception. 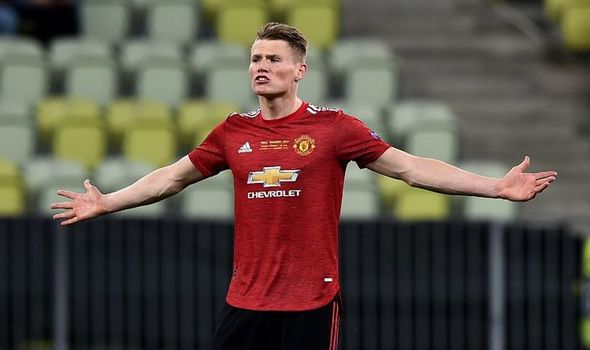 McTominay, once lauded by Jose Mourinho – who successfully lifted the Europa League with United in 2017 – performed admirably in a tough midfield battle.

The 24-year-old produced commendable numbers in several different areas before being replaced by Juan Mata in the 120th minute ahead of penalties.

In the passing sector, he maintained an 83 per cent accuracy, completed three of six attempted long balls, created two chances and provided the assist for Cavani’s equaliser.

Among all players on the pitch across the 120 minutes, the Scotland international completed the most dribbles and won the most duels.

Speaking after full-time, Solskjaer explained his team selection and gave a special mention to McTominay, describing his performance as ‘outstanding.’

He said: “You know you’ve got players with high quality there.

“We started with loads of goalscorers and match-winners, and we felt and hoped that was going to give us the upper hand. 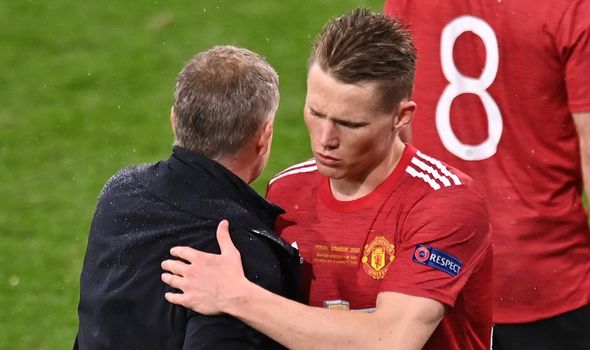 “I thought Scott McTominay was absolutely outstanding out there. He was, for me, the best player on the pitch.”

McTominay’s performance was an indication that United could prioritise other areas to strengthen in the summer transfer window.

Solskjaer reportedly wants to acquire a centre-back and right-winger on top of a central midfield, with Declan Rice thought to be the primary target in that area.

If McTominay can consistently produce displays replicating his Europa League final outing, signing a new midfielder can be safely placed at the back of Solskjaer’s summer plans.

The need for an upgrade in midfield quality is certainly there, especially with Paul Pogba’s exit looming ever closer. Still, for now, United may be wise to bolster other areas instead.