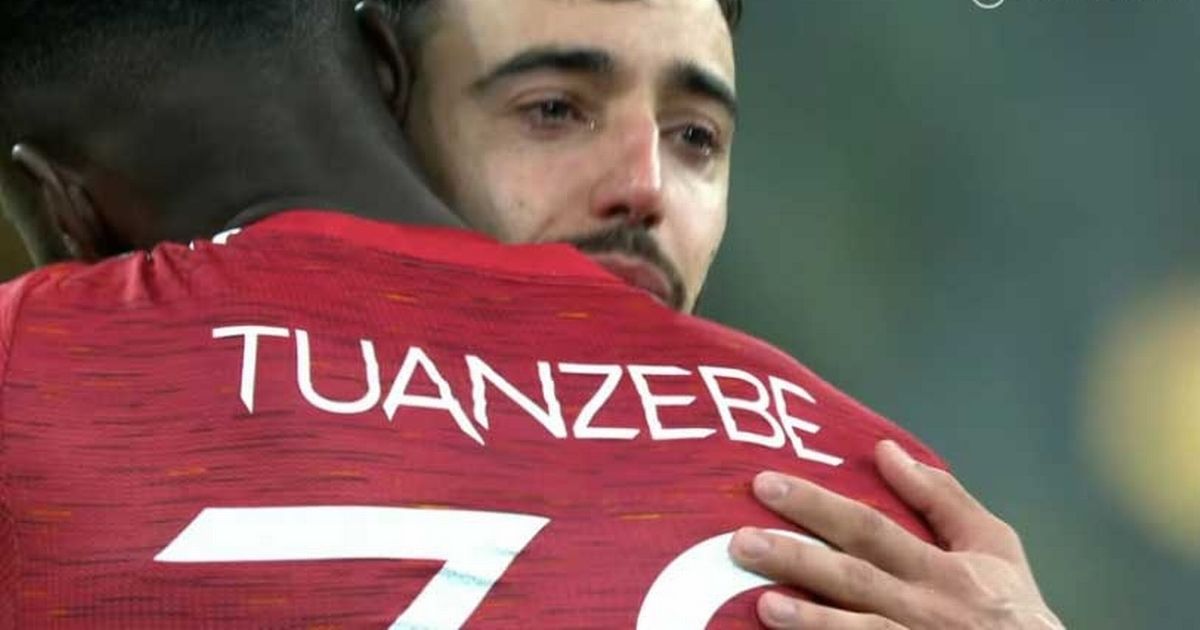 Manchester United star Bruno Fernandes broke down in tears after his side's dramatic loss to Villarreal in the Europa League final.

The two sides were level after extra time forced a penalty shootout in Gdansk, Poland.

Villarreal scored every single penalty in an astonishing run of 22 successful efforts that finished with their goalkeeper, Geronimo Rulli, executing a perfect effort.

But up next was United keeper David de Gea, who saw his effort saved by Rulli.

After the agonising defeat, star player Fernandes could be seen in tears and being consoled by his teammates.

Before the game, pundits Rio Ferdinand and Paul Scholes were in agreement over United's goalkeeping situation.

They agreed with the decision to stick with de Gea.

Scholes said: “I think it’s the right call to go with the experience.

"I thought De Gea was left out of the team at the right time, I thought it was the time to give Henderson a chance. Has he taken that chance? I’m not sure he has.

"In the first couple of games, he looked nice and safe, nice and controlled, since then he’s looked a little bit shaky to me. David coming back into the team, I think he’s been excellent.

"You think of the Roma game away, he could have easily conceded five or six goals, but he was brilliant on the night. I’m glad he’s playing, he’s still, I don’t know what Ole thinks, but I still think he’s the number one.”

Ferdinand added: “I think sometimes, at a point in your career, you need to be given a little shock.

"I think David De Gea fell out of form, and sometimes – no matter who you are – you can be player of the year four times in the last five or six years, so he was sitting pretty, he was almost untouchable.

"But then sometimes, your standard drops, you do need that shock.

"Get out of the team, sit down and watch, and then you regroup again. I think that’s what the situation with him was – and like Scholesy said, Henderson didn’t come in and grab the chance.”