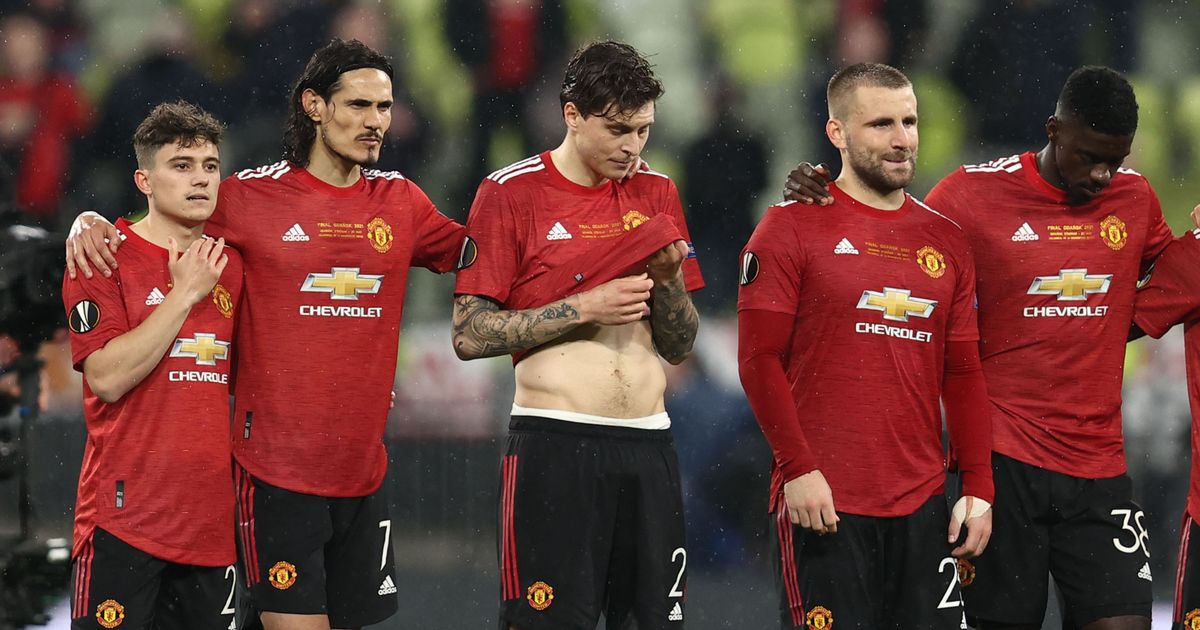 Manchester United have gone a fourth season without winning a trophy after disaster in the Europa League final.

David De Gea missed the deciding penalty in the shootout which went all the way. He was the only player on the pitch to miss a spot kick.

United were sluggish in the first-half and ultimately paid the price for being too slow as Gerard Moreno made Victor Lindelof pay for his lacklustre defending.

But the Red Devils had a bit of spark about them in the second half and it was Edinson Cavani, sharp as a razor, reacting to an unfortunate deflection to pull United level and turn the game on its head.

With tired legs, the game petered out until the drama of the penalty shoot-out.

Here is how we rated the performances on the pitch…

David De Gea 5
Big call to start, can't be blamed for missed pen but didn't get near Villarreal ones.

Aaron Wan-Bissaka 6
Promising start on the right and solid in defence but not a huge influence on game.

Eric Bailly 6
Should have been punished for reckless hack at a clearance in second half but settled.

Victor Lindelof 5
Poor defending for first Villarreal goal as he misjudged flight and then was easily beaten.

Luke Shaw 7
Let Moreno go for goal but a threat when he got forward and tried to create constantly.

Scott McTominay 8
Workmanlike performance but drove his side on in the second half which helped get them in game.

Paul Pogba 6
United needed him to be the orchestrator in midfield but not in tune for a lot of it.

Mason Greenwood 7
Didn't get on the ball much in the opening half but was some threat down right in second and a surprise sub.

Bruno Fernandes 6
Failed to make an impression in the first half but grew into the game after the break.

Marcus Rashford 6
Looked short of confidence early on, some good skill and his strike set up the equaliser.

Edinson Cavani 8
Tireless work up front, tracked back, and in the right place at the right time for equaliser.