Russian billionaire Mikhail Prokhorov has reportedly firmly denied planning a potential takeover of Manchester United. Anger around Old Trafford is growing with the Glazers failing to heavily back Ole Gunnar Solskjaer in the transfer market. But it appears no takeover bid is forthcoming at the current moment in time.

Manchester United have been ruled by the Glazers since 2005, with the Americans proving to be divisive figures in the time since.

They’ve taken more out of the club than any other owners in the Premier League, leading to allegations that they’re solely in it for the money.

The Glazers, for their part, can point to the huge amounts of spending they’ve done over the years – shattering transfer records for the likes of Dimitar Berbatov, Angel Di Maria and Paul Pogba throughout their reign.

On Wednesday night, at a time where supporters’ unrest was growing on social media, reports in Russia suggested Prokhorov was reading a takeover bid.

The 55-year-old has a net worth of £8.7billion and previously owners the Brooklyn Nets NBA team. 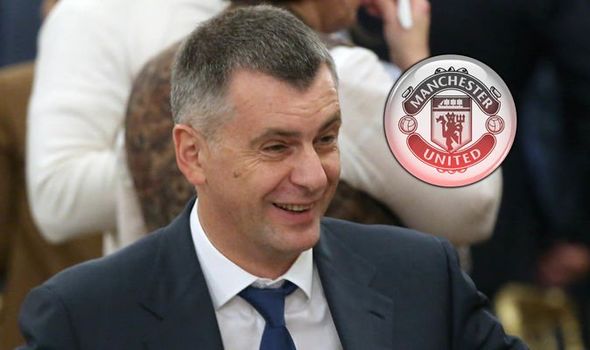 But the Daily Mail say Prokhorov has no immediate plans to take over at United or any other sporting juggernaut.

Prokhorov made a large portion of his fortune from selling his stake in metals giant Norilsk Nickel in 2008.

And he also has stakes in Russian power, insurance and banking sectors. He even ran for president in 2012 but miss out to Vladimir Putin.

But it appears supporters hoping for the Glazers to be ousted are about to have their hopes dashed, with the Americans currently having no plans to sell up.

Speaking to United fanzine United We Stand back in October last year, Red Devils supremo Ed Woodward admitted the Glazers were keen to stay on. 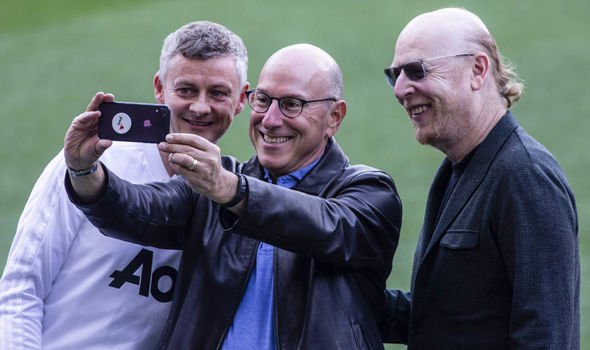 “Based on what I see, they’re in it for the long-term,” Woodward said.

“With regards to offers or asking prices, my understanding is that there have been no discussions for a price for the club or anything like that.

“Every conversation we have is based on the long-term.

“The debt is a long-term, structured and similar to some other football clubs.

“It’s a fixed amount for a fixed period of time which results in it being fairly cheap to service. It’s just under two per cent our annual revenue each year, so it doesn’t really have any impact on us.

“If you look at the way the approach changed under the Glazers for commercial activity, that has brought in an extra £2.5-£3.5billion. We have spent a lot of money on players.”

United legend Rio Ferdinand feels that the club have had a ‘frustrating’ transfer window despite landing Donny van de Beek from Ajax.

“The difference in the way Chelsea have done their business compared to say my team Man United, there is no noise, there’s nothing going on,” Ferdinand said.

“All you’re seeing [from Chelsea] is bang! Deal. Little bit of talk, bang! Deal. Get it done. That is what’s frustrating for me and all the Man United fans.

“Sancho was talked about months ago. Still not done, it’s so frustrating.”