James impressed United with five goals and 10 assists in his breakthrough season.

And the 21-year-old has earned three appearances for his country this year.

His latest came last night as Wales lost 1-0 to Hungary in their Euro 2020 qualifier.

But footage has emerged of the forward putting his skills on show.

In the clip, there is nothing to separate the two teams after 25 minutes.

Tottenham star Ben Davies picks up a stray ball in his own halfbefore passing it onto Chelsea’s Ethan Ampadu.

After an exchange with Joe Allen, James then picks up the ball on the left wing. 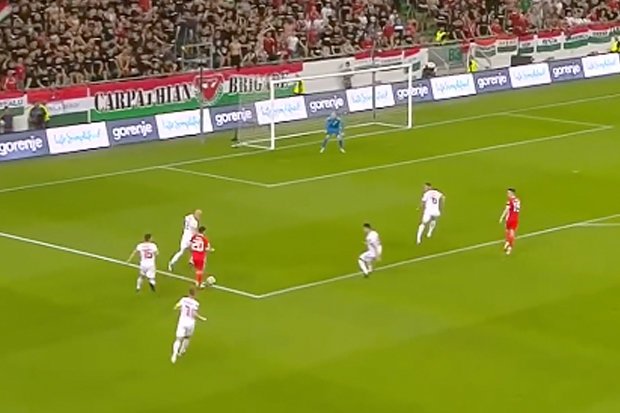 “He creates a chance out of nothing there.”

While a third added: “Can’t wait for some sexy counter-attacking football with this man running down the wing.”

And the 21-year-old has been compared to stars such as Cristiano Ronaldo.