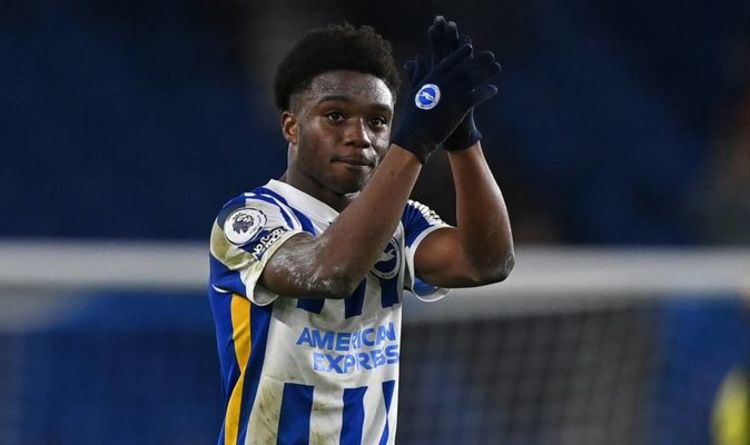 Manchester United have received a boost in their reported pursuit of Brighton defender Tariq Lamptey. United are interested in bolstering their options at full-back in the January transfer window and Lamptey is one of the names they are said to be considering.

Ralf Rangnick can currently call upon Aaron Wan-Bissaka and Diogo Dalot at right-back, but the position has long been earmarked for reinforcement.

United pursued Kieran Trippier of Atletico Madrid over the summer and only backed down to the Spanish club’s financial demands.

Trippier has joined Newcastle and, according to the Daily Mail, Lamptey has now been identified as a top target at Old Trafford.

The 21-year-old right-back is under contract with Brighton until June 2025, having signed an extension on the back of strong form in January 2021.

Lamptey has caught the eye since joining the Seagulls from Chelsea in 2020, but has been eased back into action following a hamstring injury this season.

He has made 13 appearances in all competitions for Graham Potter’s side this season.

Tottenham were originally reported to be interested in Lamptey with Antonio Conte seeking a player to play right wing-back.

However, according to Sky Sports, he is not currently on the club’s shortlist in the January transfer window.

Liverpool ‘not prepared’ to meet Salah demand despite ‘crazy’ comment

The club are thought to prefer Wolves winger Adama Traore for the role, which perhaps leaves United in pole position for Lamptey.

They do have other obstacles in the way of a potential deal this month, though.

United reportedly believe that Lamptey is worth around £30million, but Brighton value the England Under-21 international at closer to £40m after 32 appearances for the club.

Understandably Brighton are keen for it not to get to that stage, especially midway through the season.

While Rangnick is keen to strengthen the side this month, he has previously stressed that United will only move for a player who ticks every box.

“If it’s a midfielder or whatever it is, it needs to be a player who really helps us to get better.”

He added: “And it needs to be the right mentality, not only the right quality. We also need, especially for this competitive league, to have the best possible mentality.

“They need to be mature enough, have a winning mentality. For me, the mentality is even more crucial than anything league in the world.”