Manchester United need to keep hold of Paul Pogba if they have any hopes of winning the Premier League, according to Phil Neville. Pogba’s future has at Old Trafford was once again thrown into major doubt after his agent Mino Raiola stated the midfielder is looking to leave in the near future.

It’s not the first time Raiola has come out publicly to try and attract interest in the France international ahead of a transfer window opening.

But Pogba doesn’t hold the position he once did at United with the 27-year-old playing a bit-part role this season.

He has returned to the starting line-up on a regular basis in recent weeks though which have coincided in an upturn in form for United. 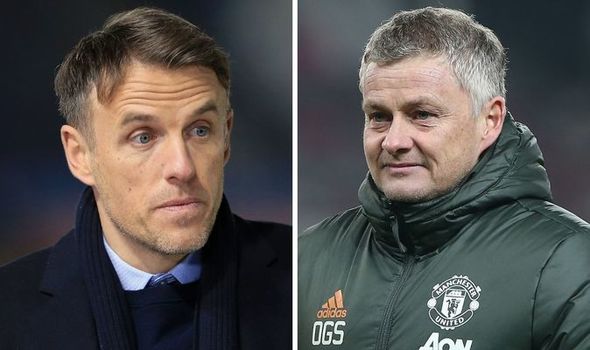 And Neville believes it’s imperative that United hold on to Pogba in their bid for a title charge this season.

“When they played Leipzig his agent came out and said he wanted to leave but since then I have seen the best of Paul Pogba,” Neville said on Amazon Prime.

“I have got to say I prefer watching Manchester United when he is playing because he gives them something that might take them on the way to the title. He is a world class player.”

Pogba was one of six changes made by Solskjaer following the 2-2 draw at Leicester.

It was a rare start for the Frenchman having fallen out of favour under the United boss this season.

But when asked what advice he got from Solskjaer before the game, Pogba told Stadium Astro: “Give it your best.

“I can play left, right, anywhere. I just give all I’ve got just to help the team the most I can.” 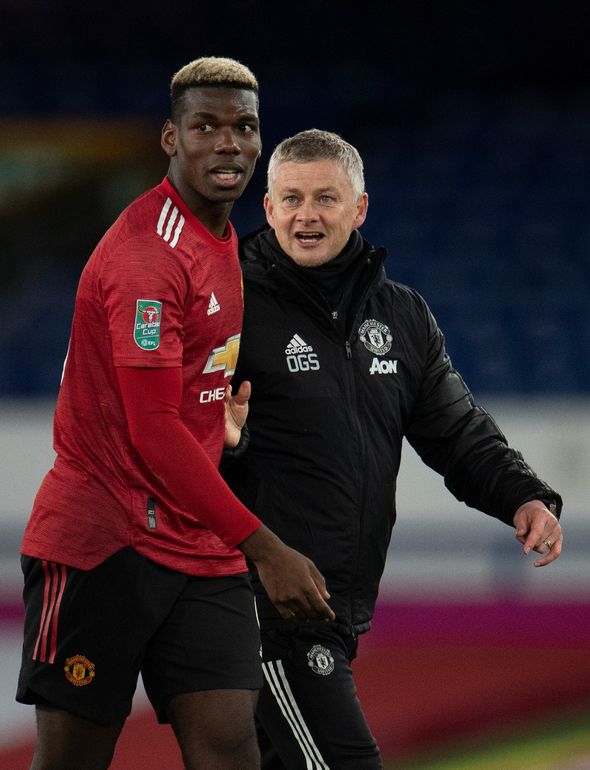 United may sit second in the table at the moment, but there are a bunch of teams in close proximity all battling for a top-four place.

Leicester and Everton are both within one point while Aston Villa, Chelsea, Tottenham and Manchester City all currently sit on 26 points.

Several teams have dropped points over the festive period as well, including Liverpool who recently drew 1-1 with West Brom.

United though will be looking to continue their good form when they face Villa on New Year’s Day.