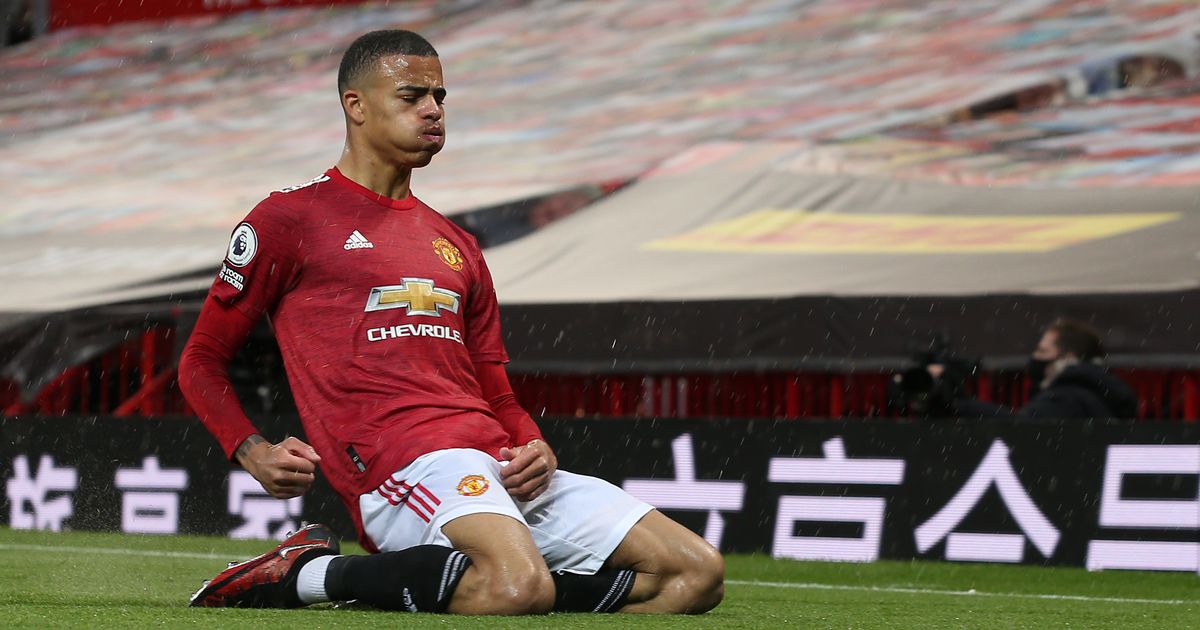 Manchester United fans have taken to Twitter, expressing hope of a positive omen after officials were testing out the big screen at the Stadion Energa Gdańsk ahead of Wednesday evening's Europa League final.

Ole Gunnar Solskjaer's side last won the competition in 2017, beating Ajax 2-0 in Sweden thanks to goals from Paul Pogba and Henrik Mhkitaryan.

Red Devils' fans are hoping for a similar result this time around and tests from the big screen in Gdańsk have given hope of a positive outcome.

Pictured on Twitter, Mason Greenwood was shown to be the man of the match. Could it be tempting fate?

His sparkling recent form has clearly not only caught the eye of the England boss, but also the big screen operators who chose Greenwood as their player to test out the man of the match graphic.

However, this may be a bolder claim than it would first appear.

Despite his goalscoring antics in the Premier League, Greenwood has only netted once in Europe during the 6-2 drubbing of AS Roma in the semi-final first leg.

This is the only match where he hasn't started in the Europa League this season, firing seven blanks in 594 minutes of football, but selection of Greenwood won't be the only decision giving Solskjaer a headache ahead of the final.

With Harry Maguire injured, it looks increasingly likely that Eric Bailly will fill it at centre-back alongside Victor Lindelof.

Bailly, who missed the 2017 final after picking up a red card against Celta Vigo in the semi-finals, has also been predicted to have a big part to play in this years final according to the big screen operators.

Labelled a pre-match prophecy on Twitter, Eric Bailly was used to test the red card graphic on the Stadion Energa Gdańsk big screen.

Since he came into the side, Man Utd have conceded at least one goal in every match they've played.

The Red Devils went from five clean sheets in nine matches when Maguire plays, to no shutouts in four without their captain.

That's surely one area that Villarreal boss Unai Emery will look to exploit.

The Europa League is something of a specialist subject for the Spaniard who won the competition three times in row during his time at Sevilla.

But United fans should have nothing to worry about; after all, Mason Greenwood is going to be the man of the match.