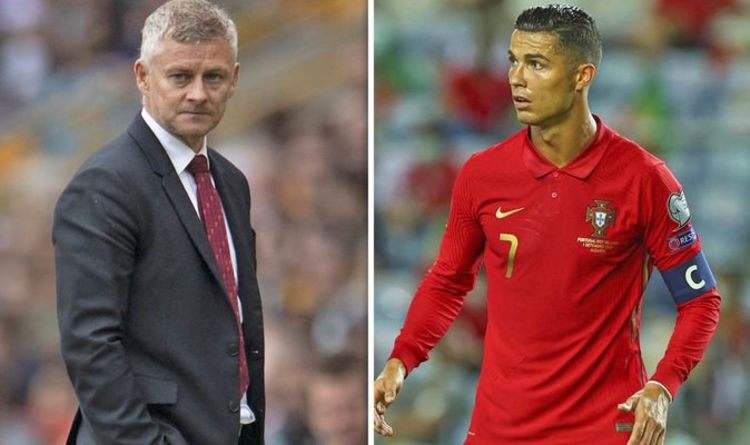 Manchester United could hand Cristiano Ronaldo his debut when they lock horns with Newcastle on Saturday. However, for that match, the Red Devils have six injury concerns. So Express Sport will look at the players who are doubts for the match at Old Trafford.

Marcus Rashford missed a crucial penalty in the Euro 2020 final for England against Italy.

And, in the aftermath, he revealed he’d be having shoulder surgery.

Rashford has now had that and is on the road to recovery, with the forward recently spotted at training.

But Newcastle will come too soon for him to return, with the 23-year-old expected to return during the middle of October.

Jadon Sancho was recently forced to withdraw from international duty for England because of a minor injury.

A statement said: “Following further assessment, [he] has returned to his club and is expected to recover in time for United’s fixture with Newcastle.”

Sancho is still a doubt for that match.

But there’s certainly a possibility of him being on the bench for the showdown at Old Trafford at the weekend.

A statement said: ”Scott has undergone surgery for an ongoing groin injury.

“Having tried all other treatment options, surgery was deemed necessary to resolve the issue. We hope to have him back soon.”

McTominay’s energy has been missed by United but the player recently hinted he’ll soon be available. Therefore, selection against Newcastle isn’t guaranteed.

United boss Ole Gunnar Solskjaer confirmed in July that Alex Telles would be out for the whole of August.

“Unfortunately, it’s worse news than we hoped for, his ankle injury is a little bit more severe and he’ll be out for a little spell at least, the whole of August I would think,” he stated.

Now in September, Telles is being assessed.

But the Red Devils have no need to rush him back, particularly following Luke Shaw’s fine form.

But Solskjaer did recently say he was feeling much better, saying: “Now he feels much better, he’s passed all the tests we’ve gone through with him and he’s training, building himself up again because he’s lost a few weeks.”

As a future No 1 for the club, the Red Devils won’t want to risk Henderson having a setback.

So we’re not expecting him to be involved against Newcastle, with David De Gea primed to start between the sticks instead.

It was revealed in July that he was nearing a return to action but, since then, there’s been precious little in terms of updates.

Jones is still feeling his way back, with the England international missing over a year of football.

And it’s likely to be the Carabao Cup, as opposed to the Premier League, when he’s deemed fit and ready.

And what about Ronaldo?

United will have Ronaldo at their disposal for the visit of Newcastle.

And let’s face it, he’s 99 per cent guaranteed to start the match against Steve Bruce’s team.

Ronaldo has a good record against Newcastle, scoring six goals from nine matches against the Toon during his first spell in England.

One memorable moment was his hat-trick against them in 2008, where he ran riot as the club won 6-0.

And United will be hoping for more of the same this weekend.