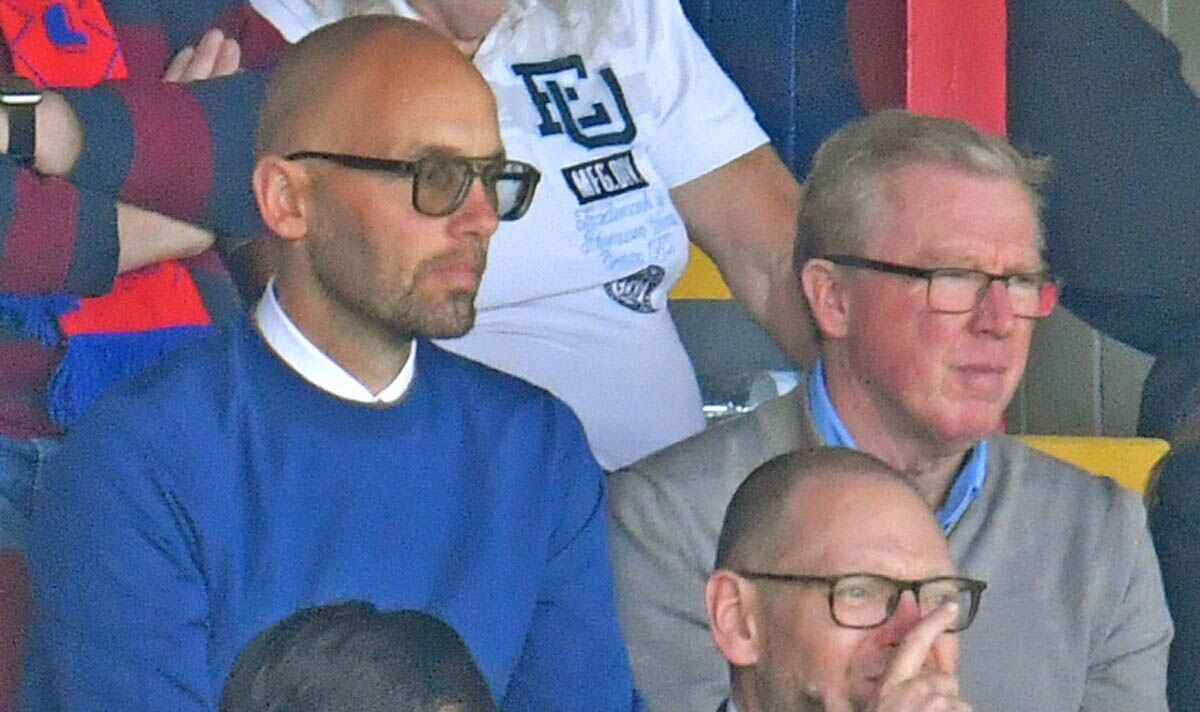 Until now, it’s been reported Manchester United hired Steve McClaren due to his prowess as a coach. However, it’s been claimed since that the Red Devils also believe the 61-year-old can unify the dressing room behind the scenes. McClaren previously worked with Erik ten Hag in the Netherlands and the pair have decided to reunite as they look to win the Premier League title.

McClaren was confirmed as one of Ten Hag’s assistants earlier this week.

And ESPN say sources at United believe the 61-year-old has been hired because they feel he can help ‘improve the mood and togetherness within the squad’.

The mood at the Red Devils has become ‘toxic’ in recent months amid a terrible campaign under both Ole Gunnar Solskjaer and Ralf Rangnick.

But United are hopeful McClaren can improve things.

He previously worked at the club when Sir Alex Ferguson was manager, playing a key role as they won the treble in 1999.

And he’s sharpened his coaching skills over the years with managerial spells at the likes of Middlesbrough, Bolton, Newcastle and Queens Park Rangers.

As well as being a good coach, United also think McClaren can help players’ mood in private.

He’s joining United along with Mitchell van der Gaag, who worked under Ten Hag at Ajax.

And the Red Devils are expected to hire another assistant, too, with Mike Phelan set to be moved on.

Phelan worked with Ferguson during the years where United were successful, only to be cut loose by David Moyes.

He then returned when Solskjaer replaced Jose Mourinho in December 2018 and has stayed on to help Ralf Rangnick.

Now, though, Phelan is expected to lose his job at United for a second time after becoming increasingly marginalised.

Meanwhile, regarding McClaren, Ten Hag explained the return of his former FC Twente mentor by saying: “They both know how to get success, because they both win titles and trophies in their careers, that’s why they’re here.”

Rio Ferdinand has backed the former England boss to do well, insisting he will be a ‘good addition’.

“I think he is coming in as a coach, a shoulder to lean on, somebody who can give advice at the right times. Maybe eyes and ears,” he said.

“In terms of judging him from his management in previous years gone by, I don’t think it’s irrelevant.

“What you do get with Steve McClaren is someone who is a football man, loves that game, is so enthusiastic, meticulous, cares about the details.

“Not just from a football point of view but also mentally, and he understands what it takes at Man Utd to win. That’s important.

“I think he will be a good addition.

“What’s good for Ten Hag is that they have already got a relationship from before which is pure and he will be able to steer him in the right direction.

“I don’t care who you are or where you come from, when you come to Man Utd, especially if you haven’t been at a club like that, of that statute and that size – Ajax are a big club with all due respect but not the size of Man Utd – when you do come into the door here, it takes a bit of getting used to.

“To have that little bit of help immediately is a real good decision from him.”

United have made a habit of turning to former figures to assist their managers.