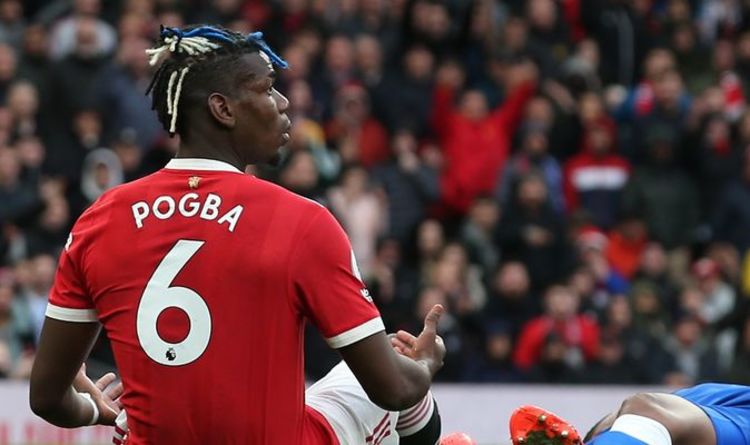 Manchester United are close to having a team capable of throwing down a significant title challenge. The acquisitions of Cristiano Ronaldo, Jadon Sancho and Raphael Varane over the summer has strengthened their side immensely and manager Ole Gunnar Solskjaer has a squad that is strong in all departments. But they are on verge of losing a crucial player.

Paul Pogba’s contract at Old Trafford expires next summer and he is yet to agree on an extension, despite an offer being on the table since last July.

The Frenchman is thought to be undecided on whether he wants to remain with the Red Devils or move elsewhere, but he will be pushed for a decision soon.

Understandably, United do not want to lose Pogba on a free transfer next year and will want to know whether he will be staying or leaving before January so that they can sell him for a fee.

The 28-year-old has been linked with several European giants if he does decide that he wants to move elsewhere, with a return to Juventus thought to be on the cards.

According to AS, Real Madrid are also in the race to secure the signature of Pogba and are keen to pursuit him ‘with force’, having been linked with the Frenchman over the summer.

Los Blancos think that they could prise him away from the Theatre of Dreams next summer for free on a bumper contract, similar to what they offered David Alaba when his contract ran out with Bayern Munich earlier this year.

Madrid firmly believe that by signing Pogba they would increase their chances of signing Paris Saint-Germain’s Kylian Mbappe, who is also out of contract next season and is keen to move to the La Liga outfit.

However, United are not going to let Pogba go on a free without a fight.

After Les Bleus manager Didier Deschamps called out his instructions, the midfielder took over and called to his teammates: “We have to be aggressive, it starts from the front all the way to the back, we win the ball back and we attack.

“Yes, we’re going to run a lot because they have quality players but so do we. We have to keep the ball and hurt them. Second half we have to be aggressive.”

France eventually won the match 2-1 thanks to a late winner from Mbappe, and Real Madrid would have been licking their lips at the prospect of the striker and Pogba lining up together at the Santiago Bernabeu next year.

It remains to be seen how United deal with the links between Pogba and the 13-time Champions League winners, but Solskjaer will be keen to have his midfielder sign a long-term deal and buy into his plans.