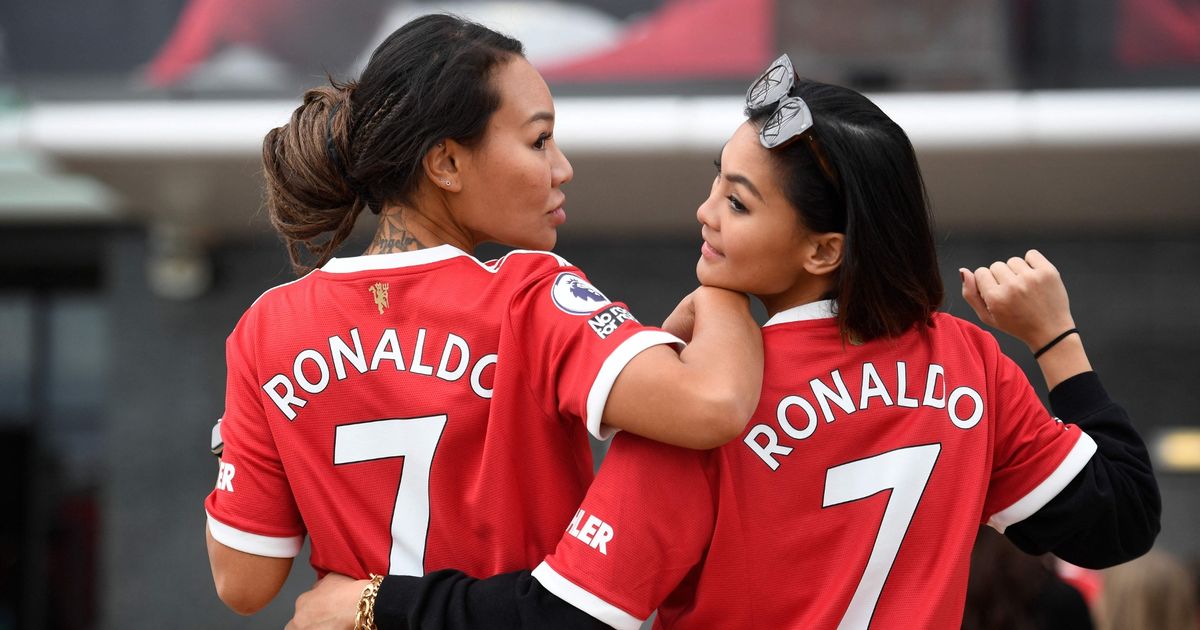 Old Trafford has been swept with a wave of Manchester United fans donning Cristiano Ronaldo No7 shirts ahead of his second debut for the club.

Many fans have been pictured wearing new personalised home and away strips for this season, whilst others have dug into their wardrobes to pull out kits from his first spell.

The United club shop's daily sales record was smashed in less than four hours as anticipation builds for his return home.

Those in attendance for the special day are making sure it is one they remember for years to come with many pictures being captured outside the Theatre of Dreams.

Ronaldo himself has been snapped at the ground as he stepped off the team bus which arrived an hour and a half before kick-off.

He is in the starting XI for his second bow for the Red Devils in a front four with Mason Greenwood, Jadon Sancho and his countryman Bruno Fernandes.

He should play in the striker role with Grennwood, who has previously occupied that position this season, expected to move out wide.

Will Ronaldo score against Newcastle? Let us know in the comments section.

Raphael Varane is also making his first start in front of the Old Trafford faithful in addition to his former Real Madrid teammate.

United fans have had to wait two weeks to see the five-time Ballon d'Or winner back in a United shirt due to the international break, where he became the leading international goal scorer of all-time.

Only those with a ticket will be lucky enough to see him in action live, though, due to the Premier League's blackout on 3 o'clock kick-offs.

Supporters watching at home will have to wait for the full match to be broadcast on Sky Sports Main Event at 8:30pm tonight as part of Sky's Game of the Day coverage.

As well as this, highlights of the match will feature on Match of the Day on BBC One at 10:40pm on Saturday night.