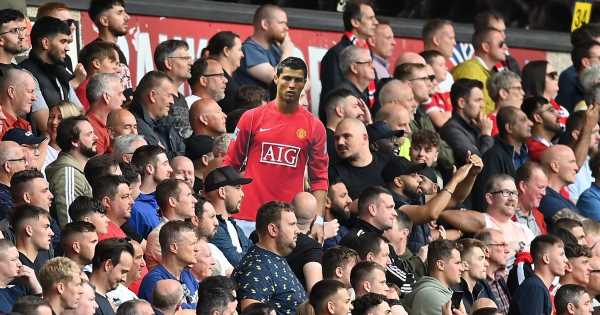 Manchester United fans could still be barred from heading to their opening Champions League Group Stage game against Young Boys due to the Swiss authorities' covid-19 vaccination rules.

Ole Gunnar Solskjaer's side kick-off their European campaign on September 14, where Cristiano Ronaldo may in line to make his second United debut.

The Portuguese legend made a sensational return to Old Trafford on Transfer Deadline Day and will link up with his new teammates for the first time after his international commitments with Portugal are complete.

The Red Devil's next game is against Newcastle on Saturday but due to quarantine requirements, Ronaldo may not be able to take part.

If the 36-year-old needs to isolate, United fans' first chance to see the prodigal son return would be against Young Boys in the Champions League.

Yet there remains an issue.

UEFA have announced that fans will be able to attend away matches provided they are permitted by the home team's government and health officials.

That's the sticking point; the Daily Mail are reporting Young Boys are insistent all supporters entering the ground must display a valid Switzerland or EU certificate for a covid-19 vaccination.

An NHS vaccine passport would not suffice under current rules and the Swiss club are yet to allocate Man Utd with a ticket allocation, despite the fixture taking place in a week's time.

Should UEFA be allowing away fans to travel for European matches? Let us know in the comments section.

This remains the stance for non-UK United fans as well. At the moment no away fans will be permitted into the Stade de Suisse on Tuesday evening.

An email sent by United to their supporters reads:

"UEFA have confirmed that away fans will be permitted for Group Stage matches.

"However, we have been advised by Young Boys, that all spectators are required to be fully vaccinated, and prove this using a Swiss/EU Covid Vaccination Certificate to enter the stadium.

"Young Boys have advised us that NHS pass is not (at this time) approved by the local Swiss authorities.

"We are pushing for a solution with UEFA and Young Boys, but unfortunately, until such time that this policy is reversed, Young Boys will not allocate us any tickets (for any supporters, including non-UK based).

"We will be in touch with more information as we know it."