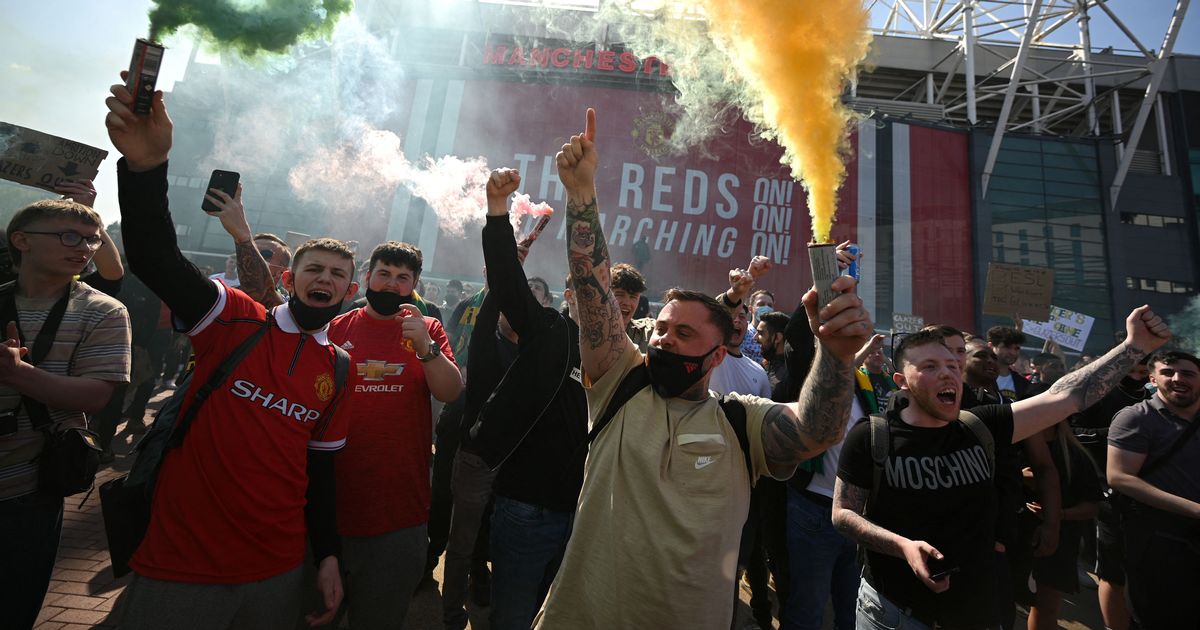 Manchester United are preparing for up to 10,000 fans to descend on Old Trafford to protest against the club's owners, the Glazers, ahead of their clash with Liverpool.

A march has been arranged for Sunday afternoon and the Red Devils are increasing their security measures ahead of the Premier League fixture, which will be played behind closed doors.

The protest comes amid huge fan backlash to United's brief involvement in the European Super League (ESL), of which Joel Glazer was due to be vice-chairman.

The Glazers have faced opposition from United fans since their controversial takeover of the club back in 2005.

During their 16-year tenure, the American family has sapped over £1billion from United in bank fees and dividend payments.

Supporters' unrest has only increased with the ESL debacle, which prompted some fans to break into the club's training ground and hold talks with manager Ole Gunnar Solskjaer and midfielder Nemanja Matic.

Elsewhere, a plane was flown over Elland Road during last week's 0-0 draw with Leeds which pulled a banner saying "2bn stolen – Glazers out."

Would you like to see the 50+1 rule adopted in England? Have your say in the comments.

While the game took place, a group of supporters gathered at Old Trafford and some burned an American flag.

A home game against Liverpool presents the opportunity for a larger, more organised protest. Those arranging it have called for a peaceful and socially-distanced gathering ahead of the Sunday 4:30pm kick-off.

Fans will also voice their support for the 50+1 rule which has been adopted in Germany.

This regulatory clause ensures a club's members have 50 per cent of voting shares plus one more, preventing an external party completing a majority takeover.

Meanwhile, Paul Scholes took aim at the Glazers while on punditry duty for the Europa League clash with Roma on Thursday night, labelling them "greedy" during an impassioned rant.