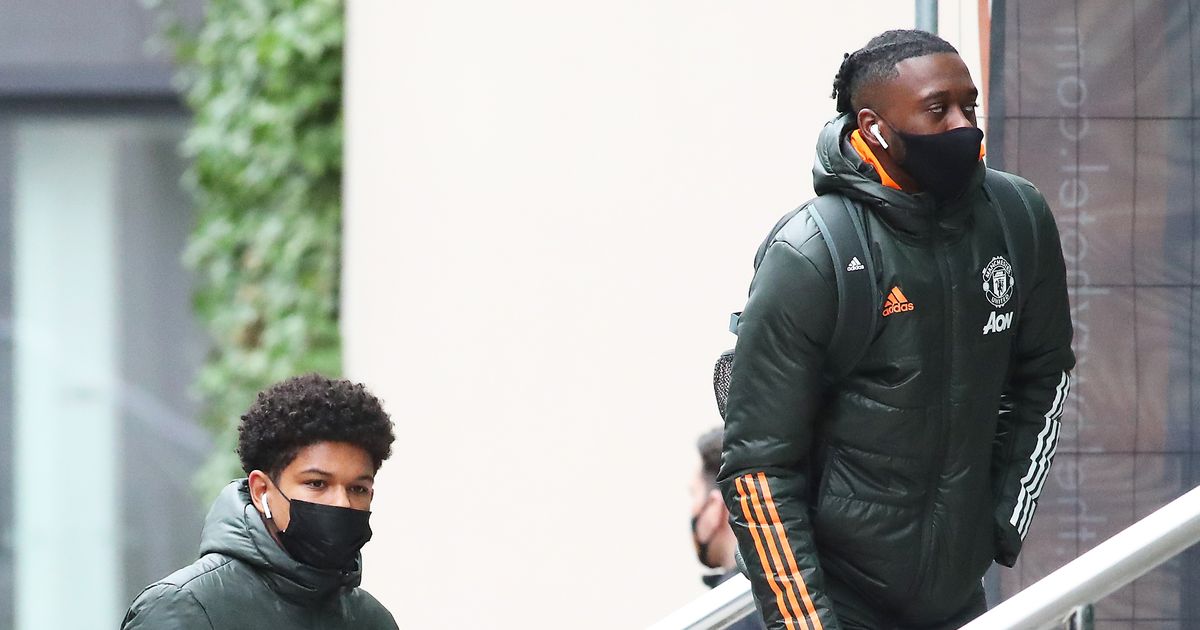 Manchester United youngsters Amad and Shola Shoretire are in line to potentially make their Premier League debuts after joining up with the squad ahead of Sunday's clash with Newcastle.

Both players were on the bench for first leg of United's Europa League last-32 tie against Real Sociedad on Thursday, with Amad coming on as a second-half substitute.

Shoretire was a surprise inclusion for the match in Turin, given he has only recently celebrated his 17th birthday.

But the faith United have in his talent is evident as Solskjaer looks to have named him in his latest domestic squad.

The duo were spotted arriving at The Lowry hotel on Sunday afternoon – United's usual haunt ahead of home fixtures.

Their inclusion could be due to injuries, as Solskjaer admitted Scott McTominay, Edinson Cavani and Donny van de Beek were all facing late fitness tests on Saturday to determine whether they would be available.

While both prospects are expected to start on the bench, Amad, 18, is the more likely to be handed an opportunity if the match allows.

Speaking prior to the trip to Turin in the week, Solskjaer said: "Yeah they’re in the travelling squad. Not just for experience, they’re there to make an impact if they have to.

With their title Premier League title challenge in full flow, it remains to be seen if United can knock their rivals off their perch.

"The two boys have done well in training and they are talents that we want to give experience to."

He added: "It’s one of the things we do with our youngsters. They come in and they travel, step-by-step, layer-by-layer and suddenly they’re on the pitch.

"That’s the thing – we do have a plan and a programme in place that we try to stick to.

Who will win between Man Utd and Newcastle? Have your say below.

"Obviously when there are injuries or absentees or illness then maybe they’ll get the chance before we expected, but the two of them have done well."

United's preparations for the match were rocked by an outbreak of Covid-19 in camp.

As a result, Nicky Butt and Mark Dempsey will be joining Solskjaer in the dugout as the usual United backroom team have been forced to self-isolate.