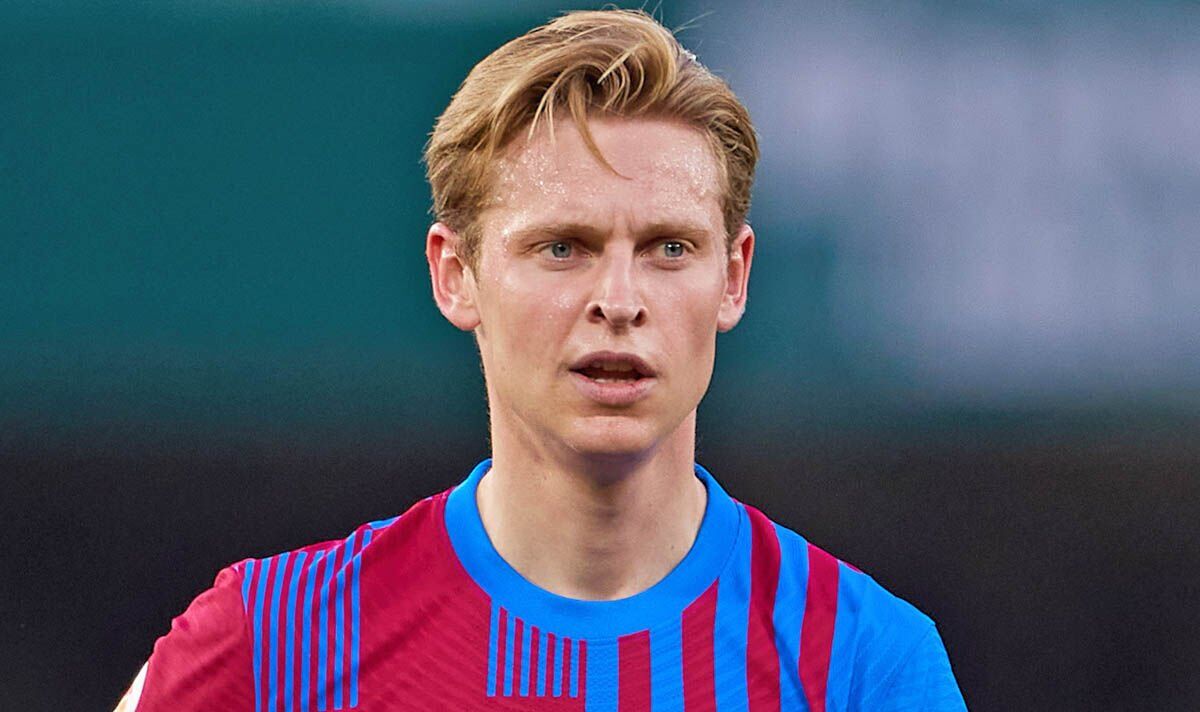 Manchester United are reportedly pushing to sign Frenkie de Jong from Barcelona as the summer transfer window creeps closer. The Netherlands international may be allowed to leave the Nou Camp at the end of the campaign with the La Liga giants looking to balance the books. And with Edinson Cavani primed to leave, United can hand him his preferred No 21 shirt if he ends up moving to the Premier League.

Manchester United will need a new midfielder this summer at a time where Nemanja Matic, Paul Pogba, Jesse Lingard and Juan Mata are set to leave.

And De Jong would certainly be a blockbuster addition to their squad given his immense talent.

Reports on Wednesday night suggested United were looking to land the Barcelona star and, while caution is being expressed, it appears to be a genuine possibility.

Should a move end up materialising, United would then be able to hand De Jong his preferred No 21 shirt.

That jersey will become vacant at the end of the campaign, when Cavani leaves after two years with the club.

De Jong has sported the No 21 at Barcelona ever since arriving from Ajax back in the summer transfer window of 2019.

And he also wore it for Ajax during his time there, too.

Another shirt number De Jong could be tempted to take at United is the No 6, which is currently worn by Pogba.

The Netherlands international usually wore it during his time with the Ajax under-21s team and, therefore, it’s another option.

Bruno Fernandes has been waiting to inherit that shirt ever since his arrival, with the number occupied by Mata at present.

Yet Erik Ten Hag could feasibly hand it to De Jong instead, especially given Mata’s imminent departure.

De Jong could even end up taking Fernandes’ No 18 shirt if, as expected, the Portugal international gives it up this summer.

And there are other options as well.

The No 12 shirt remains free at Old Trafford, having last been worn by Chris Smalling prior to his move to Roma.

The No 15 shirt sported by Nemanja Vidic during his time at the club is free, too, with Andreas Pereira unlikely to return.

And the No 24 which was worn by Darren Fletcher, and Wes Brown before him, is also available at the current moment in time.

Regarding a deal for De Jong, it appears United are hoping to land the Barcelona star with speed and urgency.

If De Jong does join, he’ll become the first signing of the Ten Hag era.

When David Moyes replaced Sir Alex Ferguson in 2013, Guillermo Varela was their first arrival – with the right-back touching down from Penarol.

Under Louis van Gaal, Luke Shaw was the first player to touch down at Old Trafford.

With Jose Mourinho, the Portuguese chose to raid Villarreal for Eric Bailly – whose time at United seems to be drawing to a close.

And Ole Gunnar Solskjaer marked his first summer at the helm by snapping up Daniel James three years ago.

Speaking recently, meanwhile, former United star Jaap Stam urged his old side to give Ten Hag the backing he wants.

“He understands, and he knows as well, that the Premier League is totally different – the people, the press, the expectations, the pressure – to how it was in Holland,” said Stam.

“For him that’s going to be a learning curve but it’s very important that the club and the owners are backing him up in terms of personnel.

“United have got good players.

“Yeah, some of them might need to go but they need to bring in several other players as well, so they can get unity within that squad, play in a certain way.

“The philosophy in how he wants to play is of course very important.

“That’s why they chose Erik. Hopefully he can show that.”