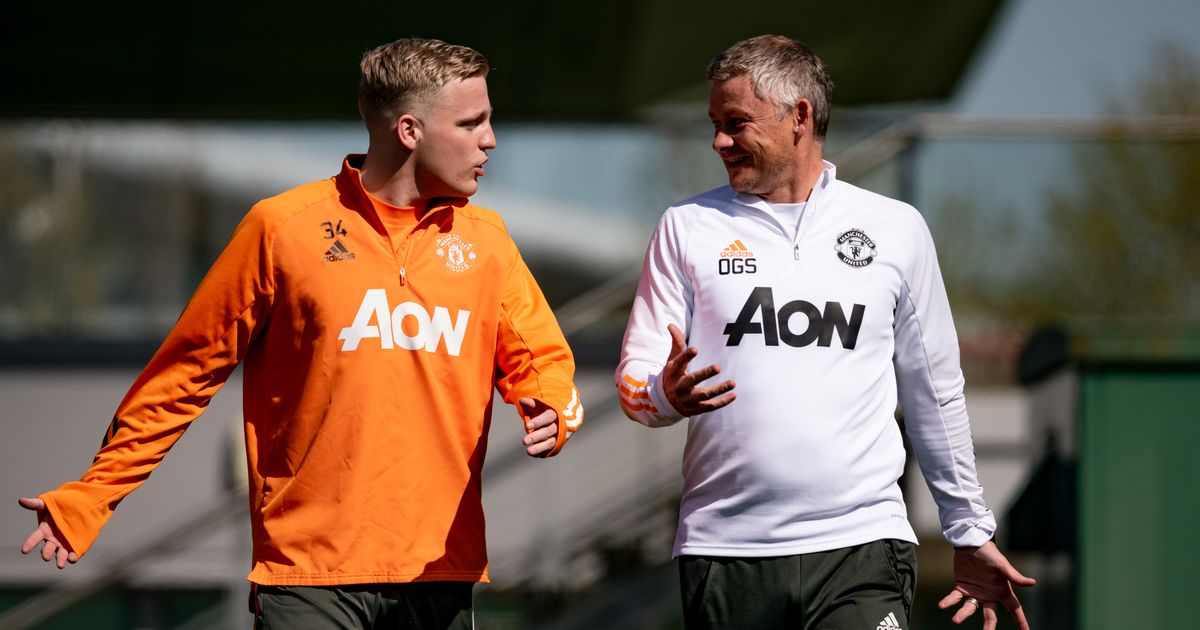 The Manchester United boss has been criticised by some for his handling of van de Beek who has made just one five-minute cameo from the bench in the Premier League this season.

The Dutchman joined United from Ajax for a fee of £35million in September 2020 but has barely featured for the Red Devils, starting a mere four matches in the top-flight to date.

The out-of-favour midfielder has become increasingly frustrated by his lack of gametime and appeared to lose his rag after being snubbed by Solskjaer during United’s recent Champions League triumph over Villarreal. After sending van de Beek out to warm up, Solksjaer then opted to bring on Jesse Lingard and Fred when pushing for a winner, leaving the Dutchman on the bench and in need of consoling by surrounding teammates after he launched his chewing gum in anger.

This episode, along with a significant lack of minutes, has led to much speculation that the 24-year-old could be heading for the exit in January.

However, according to The Athletic, it is believed that Solskjaer, along with other senior figures at the club, still see van de Beek as part of United’s plans and believe his future lies at Old Trafford.

Should Donny van de Beek leave Man United or fight for his place? Let us know in the comments section below. It is also believed that United coaches maintain concerns about van de Beek’s suitability for ‘the rough and tumble’ of Premier League football, which is seen to be a factor in the Dutchman’s lack of playing time.

Former United midfielder Paul Ince has criticised Solskjaer’s handling of the situation with van de Beek given few opportunities to prove his worth.

“If I’m going to buy a player, a top player from Ajax, the first thing I’m going to say is, ‘Am I going to play? Where do you see me fitting in, within the system, within the team?’” Ince told the Kelly & Wrighty show.

“He’s got £35million sitting on the bench. “I can hold my hands up if I’m on the bench and the team are winning and playing well. You can’t tell me that Fred and (Scott) McTominay are playing well week-in and week-out, and even (Paul) Pogba because they’re not.

“But he seems to play them all the time, and I’m sitting there watching them play, I would be livid.

“He’s been professional, he’s done everything by the book. Ole’s come out saying he’s in my plans… he has to move in January for the good of his career.”

Van de Beek will be hoping for another United lifeline when Solskjaer’s men head to Leicester on Saturday as Premier League football returns this weekend.