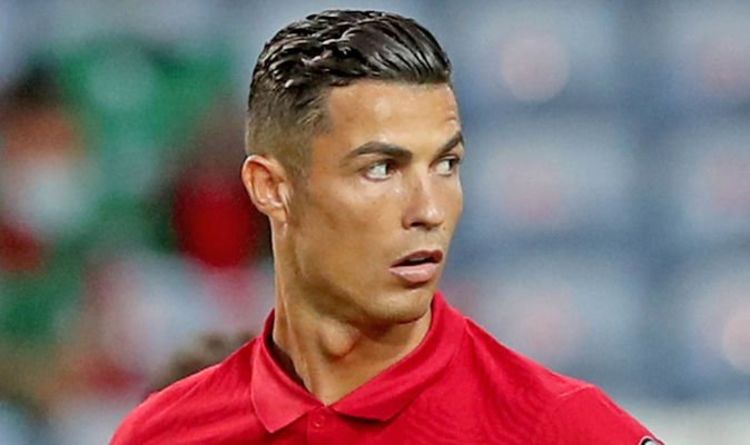 Manchester United are thrilled about Cristiano Ronaldo’s return. And why wouldn’t they be? As one of the best players in the world, and in their history, many are expecting the Portugal international to take the Premier League by storm.

Ronaldo’s first spell at Manchester United was a good one.

He fired the club to three straight Premier League titles under Sir Alex Ferguson, as well as the Champions League crown in 2008.

And, in the time since, Ronaldo has evolved to a point where he’s now considered one of the most professional players out there.

He’ll be returning to Old Trafford looking to lead the club to the title, a prize they’ve had to go without ever since Ferguson’s retirement in 2013.

But while his first spell was positive, there was the odd training ground incident every now and then.

And Solskjaer, speaking in 2016, revealed that Ronaldo once clashed with Ryan Giggs because he came to breakfast with a coke in his hands.

“Once Cristiano Ronaldo came to breakfast with a can of Coca-Cola in his hands. Ryan Giggs pushed him against the wall!” he told Jan Aage Fjortoft.

Fans who followed Euro 2020 will recall Ronaldo discarding a Coca-Cola during a press conference, with the veteran urging people to drink water instead.

And this fight with Giggs may explain why, with the 36-year-old following in the Wales international’s footsteps with their approach to the drink.

“I might have told him, ‘We don’t do this’ and then he went and scored a hat-trick! ‘I drink what I want, Giggsy!'”

Giggs also revealed he made dietary sacrifices in order to prolong his United career, with the former winger making a huge 963 appearances for the club.

“I love chocolate and loads of butter on my toast,” he said.

“When I wasn’t playing well or felt a bit sluggish, I cut them out completely.

“If I was playing well and having loads of butter, I’d carry on. It wasn’t physical, it was mental. It was punishing yourself.

“I had Dairy Milk in the cupboard until I scored.”

Giggs wasn’t the only player Ronaldo clashed with during his first spell at United.

He also had a bust-up with Ruud van Nistelrooy in 2006, with Rio Ferdinand telling the story by saying: “He used to get snapped in training but I remember one time, I think it was a good moment for him but he didn’t take it too well.

“Ruud [Van Nistelrooy] was the man at United at the time. He was the man who scored all the goals.

“Ronaldo had the ball wide and was doing tricks and Ruud was making the run in the box, Ronaldo didn’t pass and Ruud went crazy, screaming. ‘He should be in the circus, he shouldn’t be on the pitch,’ Ruud said, and walked in, off the training pitch, and Ronaldo got upset and angry – ‘Why is he talking to me like that?’

“He was 18 or 19 at the time. Some kids would’ve gone under and lost confidence. Some would’ve kept doing the same but Ronaldo knew that Ruud might be right and then it became all about numbers, about statistics, goals. What is going to make him the best player in the world?

“We used to say to him, take the mick out of him and say, ‘You are not the real No. 7 at the club, you’ve got George Best and Beckham’ and you could see him thinking, ‘How can I derail them?’”