Manchester United boss Ole Gunnar Solskjaer has slammed Gareth Southgate for calling Mason Greenwood up to the England squad. The 18-year-old played in the 1-0 win over Iceland. But he was sent home in disgrace after breaching Iceland’s quarantine rules by bringing two girls back to his hotel room.

Greenwood scored 17 goals for United across all competitions, shining in the absence of Romelu Lukaku and Alexis Sanchez following their departures to Inter Milan.

And, as a result, he was recently given his England debut.

The 18-year-old made a brief cameo in the Three Lions’ win over Iceland earlier this month but was then sent home after inviting two girls back to his hotel room.

Greenwood then made headlines again when video footage of him inhaling laughing gas came to light, something he apologised for.

And Solskjaer has now confirmed he’s spoken to the United star – but hit out at Southgate for calling him up to his squad in the first place.

“I tried my best to give him a rest over the summer, he needed it mentally and physically, and the first thing that happens is he’s called up and is right there in the press,” Solskjaer said.

He added: “Yeah, of course I speak to Mason and I’ve spoken to Mason, what we speak about and discuss will be between the two of us. 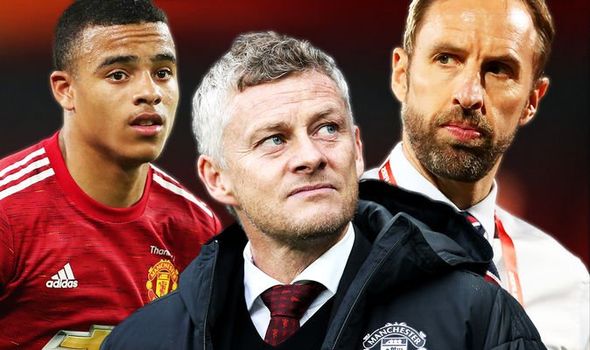 “The kid had a fantastic season, he’s just come through, I’ve world and the club have worked really hard to when we gave Mason enough time on the pitch, exposure in the media, then you come to the end of the season and we’ve had less than two weeks off and he’s called up, I tried my best to give him a rest over the summer, we asked specifically he should have had a rest, he needs it mentally and physically and first thing that happens he’s called up and right there in the press.

“We’ve done what we can to protect him, I’ve done what I can to help him, when he comes back into the daily routine he’ll be fine.”

Greenwood apologised for breaching the rules in Iceland, saying: “Having now had the chance to reflect on what’s happened, I can only apologise to everyone for the embarrassment I have caused.

“It was irresponsible of me to break the COVID-19 protocols which are in place to protect players, staff and the public.

“In particular, I want to apologise to Gareth Southgate, for letting him down, when he had shown great trust in me.

“Playing for England was one of the proudest moments in my life and I only have myself to blame for this huge mistake. 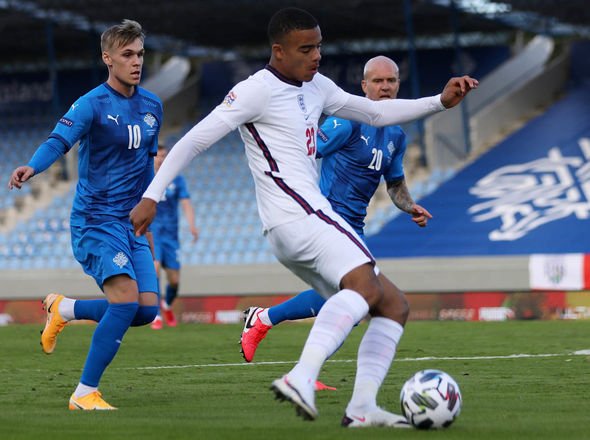 “I promise my family, the fans, Manchester United and England that this is a lesson I will learn from.”

“I feel a little uncomfortable,” he said.

“I think last week completely accepted that it was a big story with England, whilst he’s in the England hotel, it is in the public interest.

“But at what point do we feel uncomfortable with things where you feel like someone is being victimised.

“I feel like this morning’s story off the back of last week, he’s a young boy, it takes it into a place where I begin to get a little discomfort.

“If you remember a couple of years ago when Raheem Sterling had to speak out about he felt he was being victimised by certain sections of the media.

“I am getting to that place now where what’s that going to do this morning to help that boy? It is not going to help anybody.

“It is not in the public interest. People may think it is, free press. We agree with it, but we know ultimately that these stories can have significant damage on people.

“For me I feel a little bit uncomfortable with that one this morning.”