Manchester United manager Ole Gunnar Solskjaer has praised Bruno Fernandes after his side’s 3-0 win over Brighton on Tuesday night. The Portugal international was the star of the show at the Amex, finding the net twice after Mason Greenwood opened the scoring. And he’s now been labelled a ‘leader’ and a ‘winner’ by his manager.

Speaking to MUTV, Solskjaer said: “I knew there was a leader there, a winner and we knew we needed that type of player.

“Fair play and well done to the club for making the deal happen.

“It was hard because of course you [Sporting Lisbon] don’t want to sell your best player and he’s come in and been fantastic.

“His second goal was good defending on a set-play and we know we’ve got pace and we wanted to counter quickly.

“It was a great pass by Nemanja, a great cross from Mason and fantastically finished by Bruno so I’m very, very happy with all the goals.”

Also on target was Greenwood. 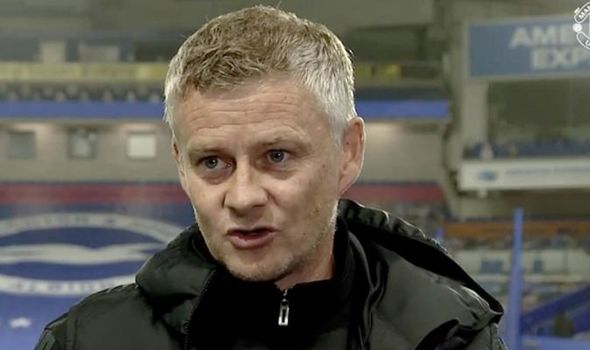 The United youngster has now scored 13 goals for the club, an impressive tally when you consider he’s just 18 years old.

And Solskjaer has labelled him a ‘special kid’, adding: “He played fantastically.

“He’s a special kid and we know that when he gets his face up and looks forward that he’s dangerous, but his hold-up play, general play and link-up play was great.

“I’d have been proud of that goal. He has a knack of that, he can go inside and outside, and he’s just as good with his right foot as he is with his left.

“He’s developing into a fine player and he’s a special finisher, a special kid in and around the box and he’s one of the better ones I’ve seen to be fair.“

Solskjaer also feels that United have match winners across the squad – praising them for sharing the goalscoring duties between them. 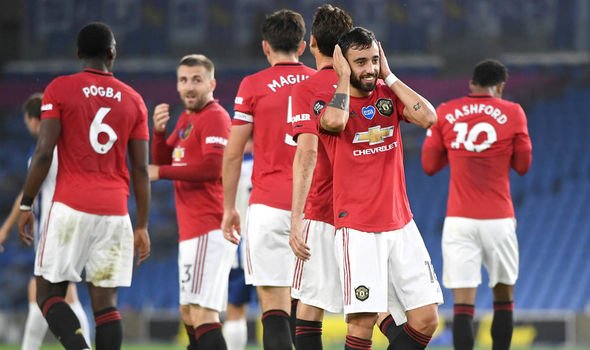 “I think it’s very important that you have players who chip in,” said the Norwegian.

“Of course Marcus and Anthony have got the majority of the goals – 19 each this year – but Bruno’s come in and done fantastic, Mason’s always chipping in with goals and we know Paul’s going to get some goals.

“It’s important, we’ve never had just one although to be fair Ruud [van Nistelrooy] scored 50, 60 goals and Cristiano [Ronaldo], but we’ve always had players who can win a game for us.”

Brighton boss Graham Potter, meanwhile, admitted that United were the better side.

“We played against a really good side tonight, Manchester United were the better team and they had some quality,” he said.

“Our response in the second half was really good and maybe deserved a goal but the better team won. I am proud of how the players stuck at it and kept going.

“We got killed on the counter-attack for the third goal but we had some good play but against United you are always on the stretch.

“It is a tough evening for us but one we will take a lot from and learn from it.

“We always look at ourselves to try and improve and they are as good as anyone we have played this year. It is hard to contain but a positive performance in the second half.

“We knew before the game where we are at and the fight we have got, that does not change anything. We go to Norwich to fight.”

Bournemouth vs Tottenham live stream: How to watch Premier League fixture online and on TV tonight

Bournemouth vs Tottenham live stream: How to watch Premier League fixture online and on TV tonight