Manchester United boss Ole Gunnar Solskjaer is ready to sell Paul Pogba, it has been claimed. The Norwegian has tried everything to coax the best from the France international. But he supposedly thinks he can’t deploy the 27-year-old in the same team as the brilliant Bruno Fernandes.

United signed Pogba in the summer transfer window of 2016, believing he would be able to fire them to Premier League title glory.

But the France international has struggled for consistency throughout his time at Old Trafford, failing to fire under both Solskjaer and predecessor Jose Mourinho.

United have tried everything to coax the best from Pogba but that experiment has failed, with the player currently a bit-part player at the Theatre of Dreams.

And talkSport pundit Alex Crook has claimed Solskjaer has decided to cut the 2018 World Cup winner loose when the transfer window reopens at the end of the campaign.

“There has been a lot debate across talkSPORT over the past couple of weeks: can he play in the same team as Bruno Fernandes?” said Crook.

“Are his days at Manchester United numbered? I think they may well be. 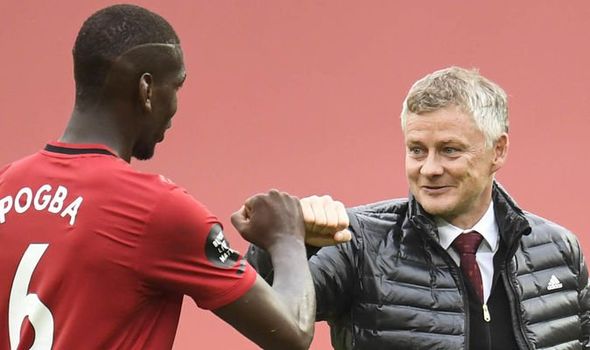 “It’s my understanding United plan to cash in on him next summer. They triggered an extra year in his contract [until 2022] earlier this season, but that was as much to protect their sell-on value to stop him leaving on a free transfer.

“I don’t think it necessarily suggests he’s part of their long-term plans. Ole Gunnar Solskjaer seems to have realised he can’t play both Fernandes and Pogba together.

“You’ve got to say United have looked a far better side without him in it lately, as they illustrated at Goodison Park when Solskjaer really needed a victory.

“Ultimately, he will end up at Real Madrid. But again we talk about the [coronavirus] pandemic; given his lack of minutes this season and the financial crisis engulfing the whole of football, United may well have to accept a vastly reduced fee than they would have done a couple of years ago.”

“If someone said to me, I could only play well because of a certain manager, I’d be embarrassed,” Carragher said. 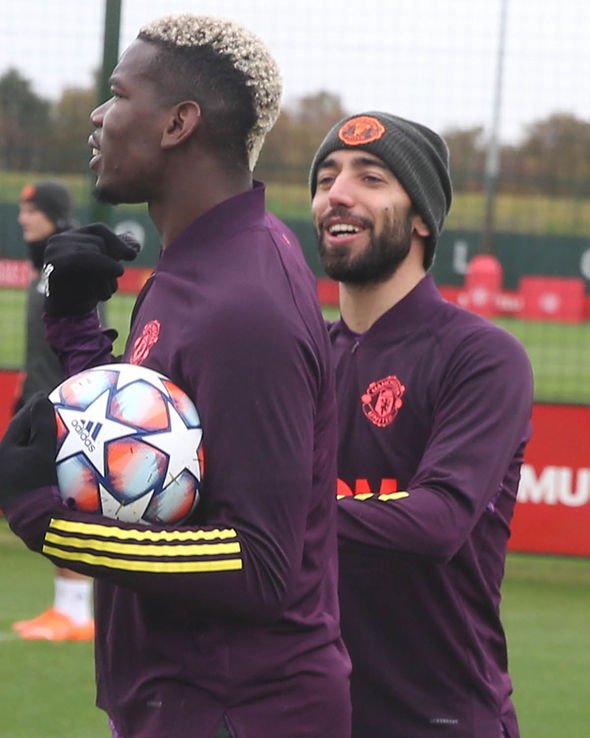 “People take credit, coaches and managers for different players, maybe bringing them through, or having them at their peak.

“But if I felt that my career would fall down because I never had a certain coach or manager… how well I did was down to me. And when I didn’t play well, that was down to me, I wouldn’t blame a coach.

“Pogba’s fans are saying that Jose [Mourinho] is too defensive and Ole isn’t a top-level manager, but for me, I’d be looking at myself.

“He’s played enough games for Manchester United, they changed the system and his role in that team so often now, to get him in the team and I think finally, I think Ole, rightly so has said: ‘No, I’m going to play 4-2-3-1. I’m going to play Fernandes as my creative player’.

“I’ve been on record that I do not believe Pogba and Fernandes can play in the same team. So if you’re going to play Fernandes, he’s been really good since he joined in January, I’d be looking to take the money for Pogba.”

He then added: “The fact we’re still talking about, ‘What is Paul Pogba’s best position?’, when he’s been at the club for four years, I think that tells you he’s never done well enough in any position or tactical set-ups, that different managers have had at Manchester United.

“When I look at it now, would I pick Paul Pogba in the Manchester United team? I wouldn’t. He came with a huge transfer fee, but I don’t think he’s a great player.

“When I say that, I’ve said it a few times on Monday Night Football, people say, ‘well he’s won the World Cup’. I get that, I understand that, but he’s been in our league, when he came in I wanted him to have the impact of what [Frank] Lampard had at Chelsea, what Stevie [Gerrard] had with Liverpool, what Yaya Toure had with Man City.

“Those players drive their teams to titles and European Cups. And when you come to Manchester United as the world record transfer fee – and I know you could say the other players aren’t great or this manager or that – when you’re that man that is seen as the man to take United to the next level. And United going to the next level is going back to winning titles or European Cups.

“People may say that is too much pressure to put on one man. But that’s what we were told was coming. This package, the most expensive player in the world, he can do everything in midfield.

“He’s played for Juventus, he’s playing in Champions League finals for them. And it just hasn’t happened for him. And if it was me, I’d be looking to move him on.”