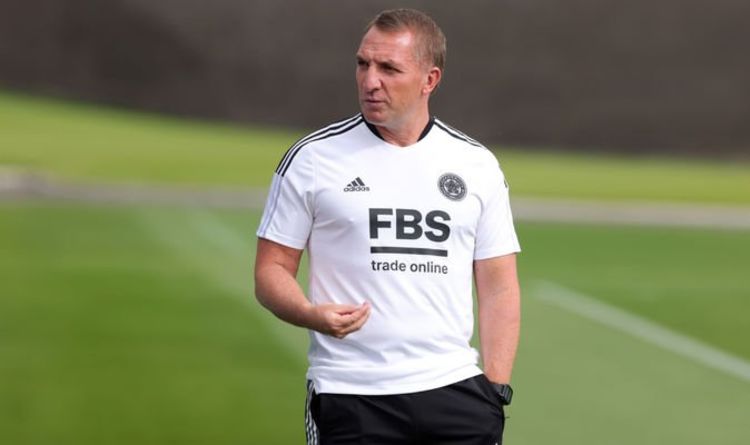 Manchester United and Liverpool have been warned off midfielder Youri Tielemans by Leicester City boss Brendan Rodgers. The Belgian recently said that he was keeping his options open with regard to penning a new deal at the King Power Stadium, as a number of top clubs keep tabs on his situation.

Tielemans is into the final two years of his contract at Leicester.

United and Liverpool are just two of the clubs sniffing around, with the Red Devils keen on more depth in defensive midfield, while Jurgen Klopp’s side failed to replace Gini Wijnaldum this summer.

The 24-year-old has impressed for the Foxes since signing in 2019, although the fact they narrowly missed out on Champions League qualification for two seasons in a row will cut deep given that top clubs are supposedly after him.

In a recent interview with Sky Sports, Tielemans said: “I’m open to everything. The transfer market has just closed, but I want to keep as many options as I can open.

Although Leicester would understandably be happy to keep him, the next couple of transfer windows will be their final chance to recoup a transfer fee unless he pens a new deal.

Given that his performances have given him a significant market value and the Foxes financially lag behind some of the Premier League’s other big-hitters, a sale may eventually become a tempting option.

Still, Rodgers remains defiant on the possibility of speculation making his player distracted.

“He gave an honest answer and it’s open to whatever way it’s interpreted,” he said.

“For me, I have a player who is so committed, one of the best professionals I have ever worked with. Talks have been ongoing with Youri [Tielemans] and his representatives.

“I give everything to my players to help them become better and then it’s just dialogue between his representatives and the club to determine how long he stays.”

Leicester could already have a ready-made replacement in their ranks, having signed Boubakary Soumare from Lille during the summer.

The Frenchman dazzled in midfield last season as the Ligue 1 side pipped PSG to the league title, making him a hot property in Europe.

With Tielemans still at the club, the summer signing has found game time difficult to come by so the Belgian’s potential exit could solve one of Rodgers’ selection problems.

Even though the Leicester boss claims his talented midfielder is committed to the club, it is unlikely to stop the likes of Liverpool and United from making their move.

If contract negotiations are no more advanced by the time January rolls around, the Foxes may eventually give in to the notion that they must cash in while they can.