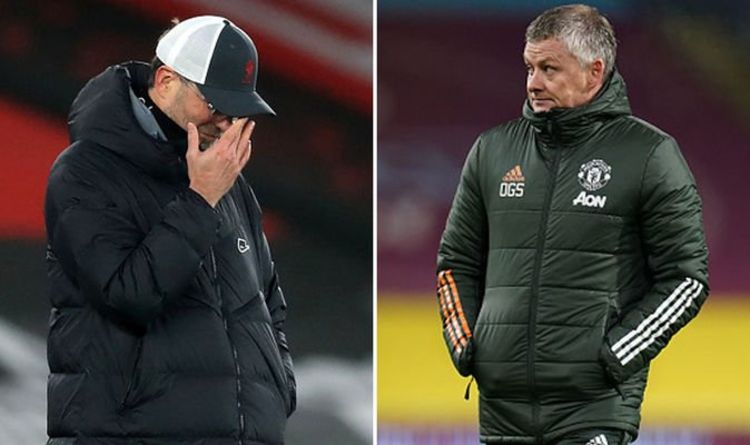 Manchester United and Liverpool are being considered as the two main contenders for the Premier League title. However, follwing Manchester City’s 1-0 win over Brighton, the Sky Blues moved up to third place, just one point behind Liverpool with a game in hand, and are going under the radar a little.

Manchester United and Liverpool are facing a growing problem in their race for the Premier League title.

That is the monumental rise in form of City, who have not lost since November in all competitions.

The Citizens saw off Brighton 1-0 on Tuesday night to continue their surge up the table, moving them into third and just one point behind second-placed Liverpool with a game in hand.

The slow start from Pep Guardiola’s side had many thinking they would fail to challenge for the league this season. 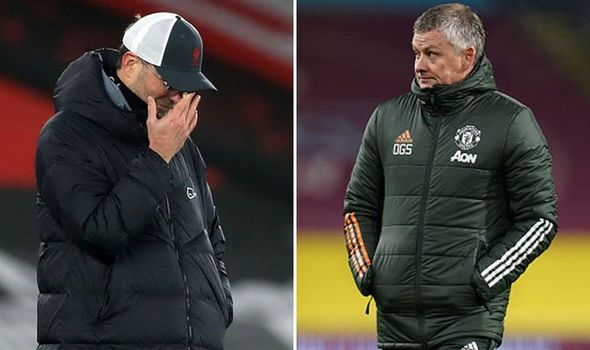 But the likes of Kevin De Bruyne and Bernardo Silva have showed why you can never write City off.

All that talk right now is about Liverpool’s clash with United on Sunday, but perhaps the two sides in red should be more concerned about their rivals in blue.

To add to that, City have a very easy FA Cup draw against Cheltenham Town, while United and Liverpool face off against each other again next week, which is sure to drain the already fatigued squads even more.

Red Devils legend Gary Neville said on Tuesday night that City were likely enjoying their form going under the radar while the pressure remains firmly on United and Liverpool. 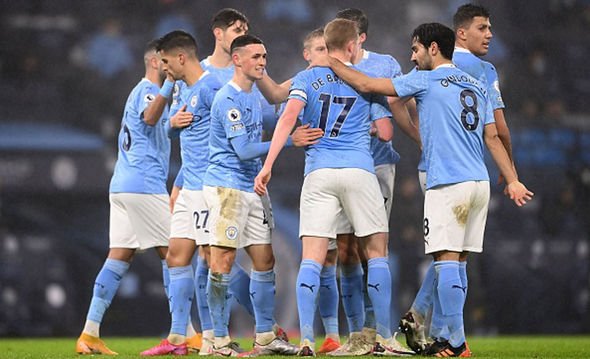 Neville told Sky Sports: “I think City, probably at this moment in time are the fans that are cool, are calm and are just sat there in the pack, nobody is really talking about them but they’re actually starting to hit real form themselves. They will be the real danger.

“I think Manchester United, you saw last week, when City are at the best it’s maybe just a little bit below.

“But in these next few days it’s time to have a little bit of fun.

“I don’t think it’ll be a comfortable few days for Liverpool in the sense that I don’t think they expected Manchester United to be anywhere near them or see them as a competitor or a threat this season.

“I think that’s why it can be a little bit of fun for these Manchester United fans. But, I also believe these players feel they can have a really special season.

“No fans in, it’s odd, it’s changing every single week and you don’t know what’s going to happen.

“There’s an element of unpredictability to the season and Manchester United could exploit that.”

And United and Liverpool should be worried that City seem to be in top gear at exactly the right time of the season.