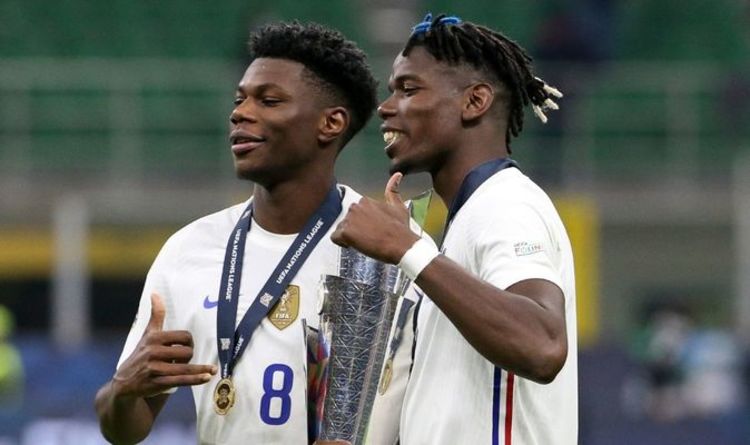 Newcastle United: What will the takeover mean?

Manchester United have now joined Chelsea and Juventus in the race for Monaco wonderkid Aurelien Tchouameni. The young midfielder, who has put his name in light since breaking into the Bordeaux first-team back in 2018, is now considered to be one of the finest young talents in France.

There was evidence of exactly why that is the case as Tchouameni partnered Paul Pogba in midfield for Les Blues in the Nations League final against Spain in Italy.

The 21-year-old showed bundles of technical quality and composure to prove he belongs at the very top as admirers watched on ahead of the January transfer window.

Yet links to Tchouameni are nothing new, particularly for Manchester United, who were closely linked with a move in the summer transfer window.

Pogba, who is now regularly sharing the engine room with the youngster at international level, has already lavished Tchouameni in praise.

“It’s a pleasure to play next to him. He brings a lot of energy. A lot of energy, extraordinary technical and physical quality.

“We wish him to play a lot more games and that I am always by his side.”

Now transfer expert Fabrizio Romano has confirmed there is interest from United but they are not alone in the race with Chelsea and Juventus also keen.

He said on the Here We Go Podcast: “Today we had rumours about Real Madrid.

“Manchester United were not trying to sign Tchouameni last summer.

“So they were not negotiating with Monaco for Tchouameni.

“There were many rumours but he was on the list of Man United, he’s a player they are scouting with many, many players but they were not negotiating for him.

“Chelsea and Juventus have this player in their list.

“For example, I told you about nothing with Van de Beek at the moment, they are looking for a different player like Tchouameni.

“Chelsea have this player in their list so keep an eye on Chelsea and Juventus and we’ll see what Real Madrid will do in this position.”

Former Blues midfielder Cesc Fabregas knows the young talent well from Monaco and he has made it clear Tchouameni is heading to the top.

“He has the potential to be the complete midfielder. He’s a modern midfield player,” Fabregas said.