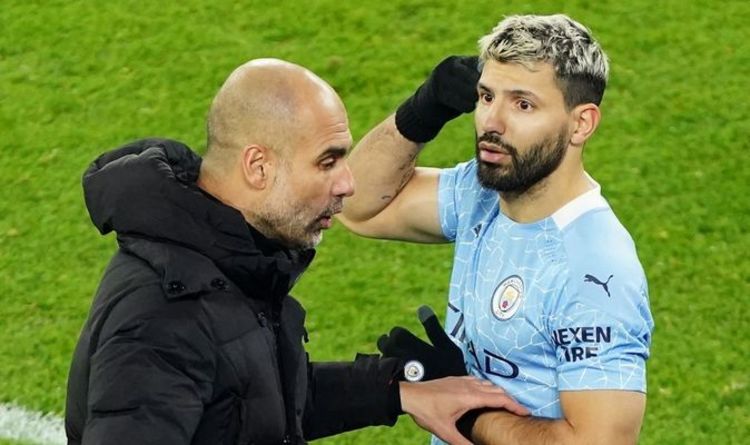 Manchester United are said to be one of five clubs to have already tabled an offer to Sergio Aguero, according to reports in France. The Argentine will be available on a free transfer at the end of the season when his Manchester City contract expires following the club’s shock announcement last night.

Aguero arrived at the Etihad Stadium in the summer of 2011 and he needed just one full season to etch his name into City folklore.

His last-gasp title-winning strike against Queens Park Rangers is now arguably the most iconic moment in Premier League history.

The 32-year-old frontman looks set to win his fifth Premier League title this season as he looks to sign off his ten-year reign in style.

According to French outlet Foot Mercato, Aguero has already received as many as five offers.

JUST IN: Lionel Messi ‘orders’ Barcelona transfer that will convince him to sign new contract 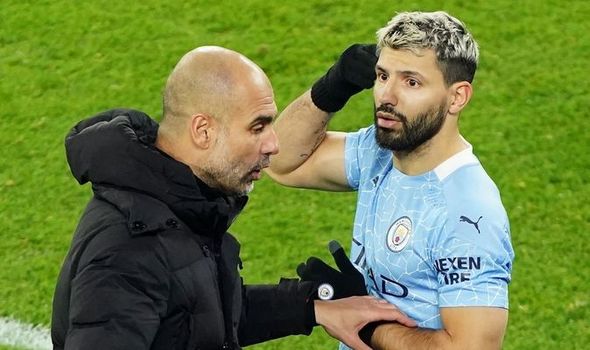 Manchester United are allegedly among the clubs willing to offer him a contract in a move that would prove controversial to say the least.

A statue in Aguero’s honour is set to be unveiled outside the Etihad at the end of the season, an idea unlikely to prove popular anymore if he joined United.

The Red Devils will be shopping for a new No 9 this summer, with Edinson Cavani expected to return to his native South America.

His father Luis has already outlined his son’s desire to join Boca Juniors in order to be closer to his family.

Mauricio Pochettino is said to be big on signing his compatriot, as he looks to add some extra firepower through the middle.

Chelsea are also in the market for a new striker but like United and City, are desperate to land Erling Haaland from Borussia Dortmund.

Aguero represents an intriguing option for any club at this stage of his career, given his winning mentality and experience. 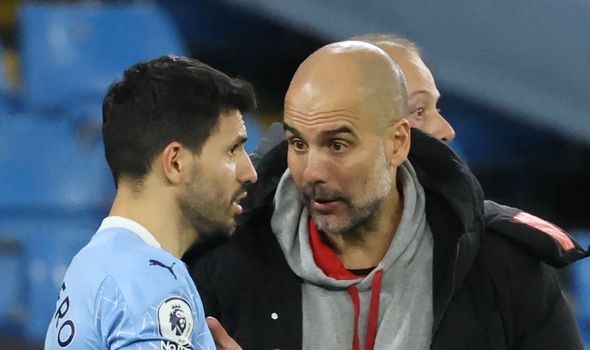 He’s a player that has scored goals at the highest level on a consistent basis throughout the entirety his career.

In an emotional message to City fans last night, Aguero made it clear what the supporters mean to him which would suggest a move to a rival club is off-limits.

“When a cycle comes to an end, many sensations arise,” he said.

“A huge sense of satisfaction and pride remains in me for having played with Manchester City for a whole ten seasons – unusual for a professional player this day and age.

“Ten seasons with major achievements, throughout which I was able to become the top historic goalscorer and forging an indestructible bond with all those who love the club – people who will always be in my heart.”