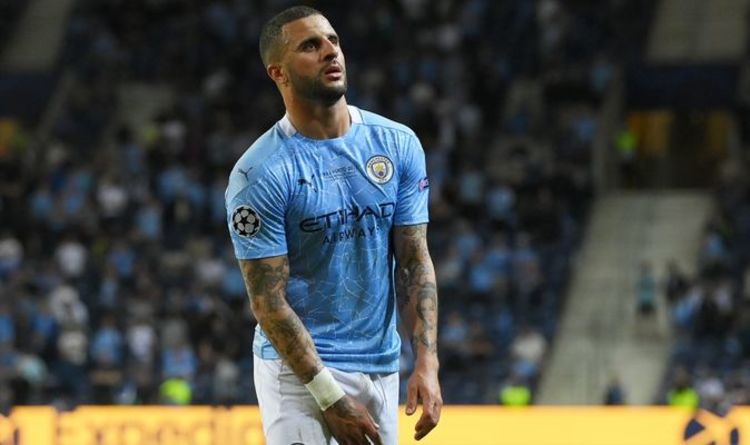 Manchester City defender Kyle Walker has warned Premier League rivals that they will be back stronger after losing the Champions League final against Chelsea. Pep Guardiola’s side missed out on a treble of titles this season after losing 1-0 to Chelsea in Porto.

Kai Havertz scored the only goal as the Blues sealed a second Champions League title.

The 21-year-old collected Mason Mount’s pass and tried to round Ederson. The Man City goalkeeper got a touch on the ball but it rolled perfectly into the path of Havertz, who finished into an empty net.

City uncharacteristically struggled to find a way back into the game.

They managed just one shot on target. Guardiola introduced Sergio Aguero for his final game in a City shirt, but the striker did not score the fairytale goal that would have taken the game to extra-time.

JUST IN: Arsene Wenger singles out two Chelsea players in praise of Tuchel 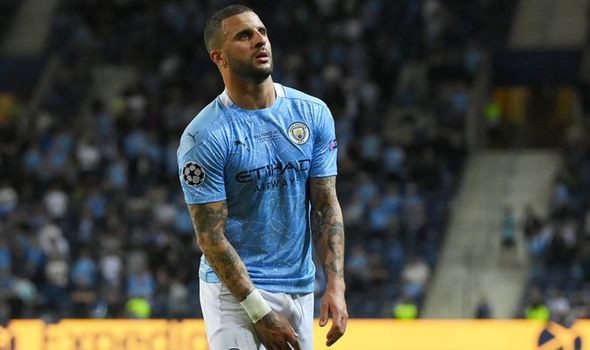 The closest they came to scoring was when Riyad Mahrez’s deflected shot whistled narrowly over the crossbar.

It was just the second time Guardiola has lost a final in his career.

Winning the Champions League would have completed an incredible treble of trophies for his side this season.

A 1-0 victory over Tottenham at Wembley in March earned them a fourth consecutive Carabao Cup.

They then lifted a third Premier League title in four years earlier this month.

Walker, who played the full 90 minutes of the final, has warned rivals hoping to challenge them for honours next season that his side will be even stronger.

“We gave everything last night to make our fans proud and I’m sorry it wasn’t enough to bring the trophy home for you,” Walker tweeted.

“We will be back stronger. Thanks for all your support.”

The right-back played 41 times in all competitions this season, often competing with a place with the impressive Joao Cancelo.

A rare Premier League goal against former club Sheffield United helped his side rekindle their form in October following a tough start to the campaign.

City won 15 consecutive league matches between December and March on their way to the title.

Walker also scored in a 3-1 win over Swansea City in the FA Cup, though Guardiola’s side were beaten by Chelsea in the semi-final.

Walker also looks set to feature for England at Euro 2020 this summer.

The 31-year-old was named in Gareth Southgate’s 33-man provisional squad for the tournament, and has played a key role for the Three Lions this season.

He recently won his 50th cap in a 2-1 win over Belgium in October.
Source: Read Full Article