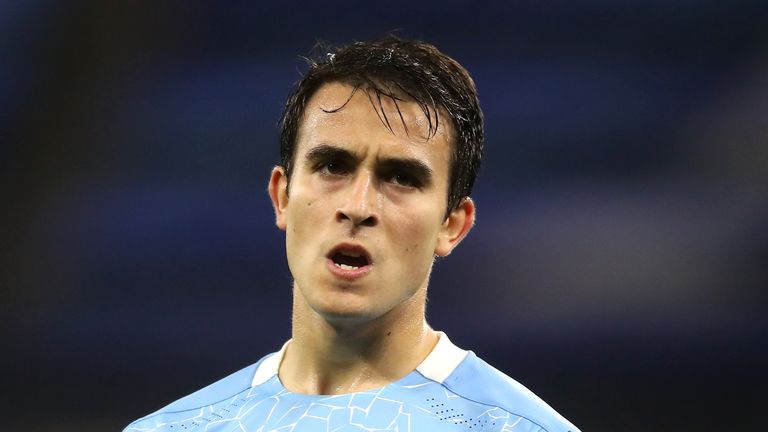 Pep Guardiola is hoping Eric Garcia can finalise a move to Barcelona when his contract expires at Manchester City this summer.

The City boss made the strongest suggestion yet that the centre-back is nearing a deal with the La Liga club, where he played as an academy product before joining City in 2017.

Garcia rejected a new City deal last summer and Sky Sports News reported in January that the Spanish defender was one of Barcelona’s top three transfer targets along with Liverpool’s Georginio Wijnaldum and Lyon’s Memphis Depay.

Despite handing Garcia just one substitute appearance in the league this year, Guardiola has praised the 20-year-old’s attitude, calling him “one of my favourite players”.

Asked about the rotation of his squad following City’s Carabao Cup final win over Tottenham, Guardiola said: “There are players even who don’t play any matches. I think, for example, of Eric Garcia who is one of my favourite players. 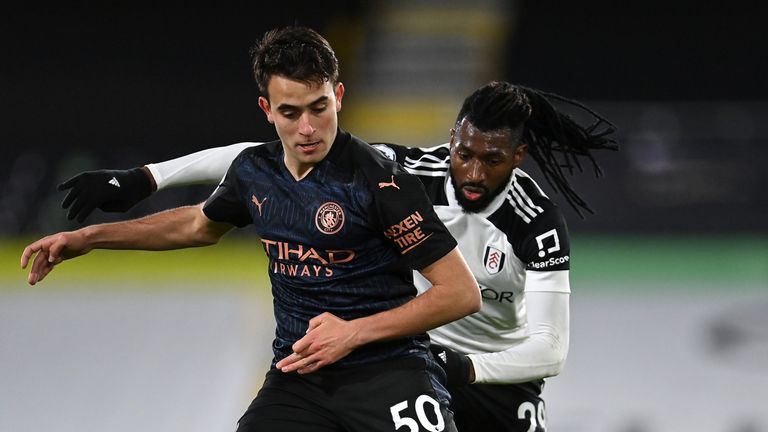 “I would love to have 15 Eric Garcias for the way he conducts his behaviour. He is always thinking of the team. He’s always a good face in the good or bad moments. He helps the manager and the backroom staff all the time.

“He will go in an incredible team and when the people say they are unsatisfied if I don’t play, I think of Eric.

“Most of the time he’s not on the bench because he’s going to move to Barcelona, I hope so. It’s tough, but it is what it is.”

Pep: Much better with fans back

There was no need for artificial crowd noise on Sky Sports on Sunday as City and Tottenham supporters made their voices heard at Wembley.

A week after the FA Cup semi-final between Leicester and Southampton welcomed a mixture of 4,000 local residents and key workers to Wembley, a total of 8,000 descended on the national stadium for City’s showdown with Spurs.

There were 2,000 supporters from both clubs inside the stadium, with a further 4,000 tickets split between groups including Brent residents and NHS staff.

“It’s much better, much better [with fans]. We play to score, that’s what’s important,” said Guardiola.

“Today we’re incredible. Happy to win the first title, In the past 33 games we won 30, that’s incredible. We play with incredible personality, from the first minute, to try to win the game. In general we play a really good final.

“We don’t have time to work [on set-pieces]. With this schedule, we don’t have time to do anything. Just the principles, it’s our fifth season together so we know what to do. Just to recover, try to be a unit. It’s tough, but the schedule is this way.

“Now we rest and prepare for the semi-final against PSG. And then after that we are two games away from winning the most important title – the Premier League.”