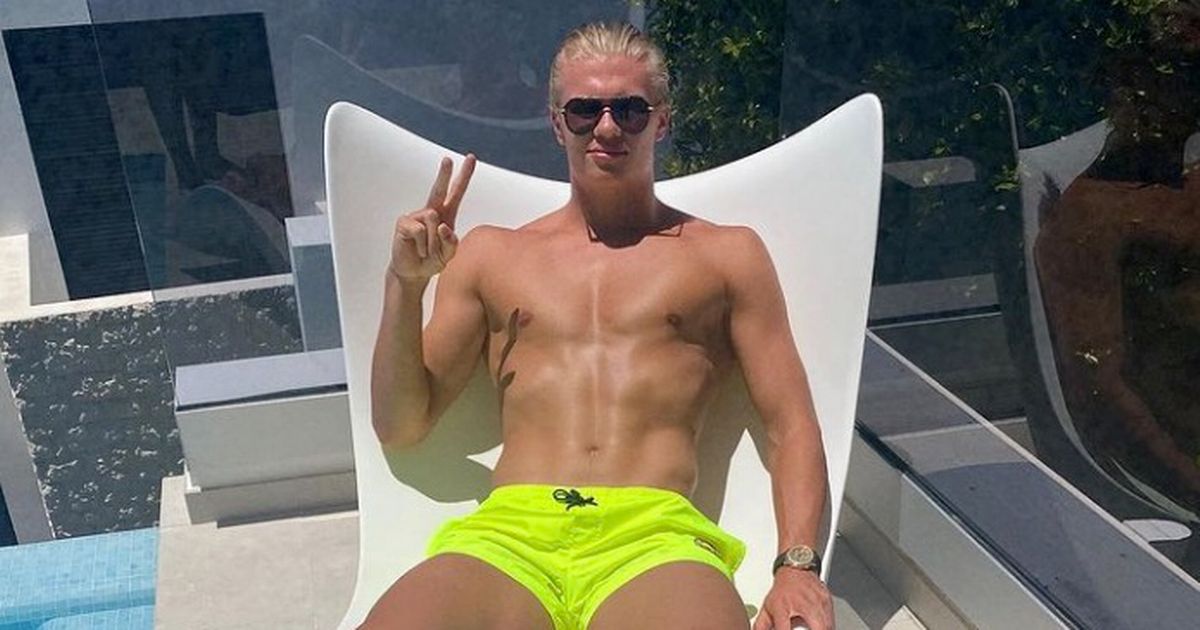 Manchester City's new star signing Erling Haaland is widely seen as being one of the best strikers in the world.

But the diet that helps the Norwegian to maintain his extraordinarily high levels of goalscoring is certainly on the unusual side. Current Premier League table toppers City confirmed on Tuesday that they have signed Haaland for £51.1million.

That follows a season in which the 21-year-old has scored an astonishing 28 goals in just 29 games in all competitions. He will now attempt to transfer that form to England, when he links up with Pep Guardiola's men at the end of the campaign.

Fuelling his attempts to become the Premier League's top striker is a diet that most would consider unfit for an elite footballer. According to The Athletic, he has a personal chef and gets through 4,000 calories every day.

A portion of those calories are likely made up of kebab meat, with Haaland admitting his sometimes has it on pizza. He revealed recently that kebab was his favourite food, though insisted it was only a rare treat.

“I really like kebab (meat). I love it,” Haaland said recently. “That doesn’t mean I eat it all the time. I eat it a couple of times a year when I’m in my hometown — I almost never eat it, but it’s still my favourite food.”

Will Erling Haaland be a success at Manchester City? Let us know your thoughts in the comments section…

Kebab meat is not the only takeaway food that Haaland is a fan of, with the report also stating that he also likes Indian food. And in Bryne, where he grew up, the striker is said to like the duck and sweet and sour chicken made by Chinese restaurant Wen Hua House.

Haaland's diet is not only unusual to outside observers, some of his team-mates have also picked up on it. So much so, that his countryman Josh King labelled the striker a 'freak' for his eating habits.

"He's just a freak. I've never ever seen anyone eat as much as he does. He's bulking up. Yeah, he's shredded but I don't know, he just eats like a bear. He's such a nice guy," he told Ben Foster's YouTube channel.