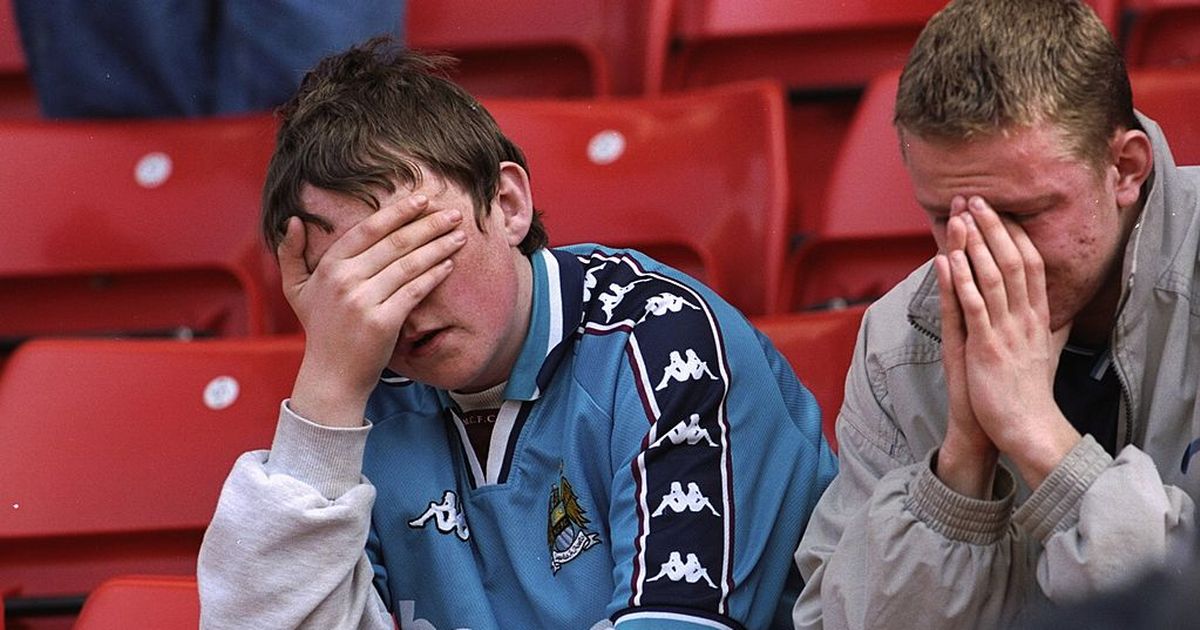 Manchester City will travel in the lap of luxury to the summit of club football this weekend looking to become kings of Europe.

Pep Guardiola and his squad will reach for the stars in a bid to overcome Chelsea in the Champions League final – and land the biggest prize in club football for the first time.

The likes of Kevin De Bruyne and Phil Foden can look forward to their date with destiny in Porto – and the chance to etch their names onto the club's list of legends and immortals.

But these halcyon times would have felt like utter fantasy to those associated with City almost 25 years ago, during one of the bleakest winters in their history.

A trip to York City's Bootham Crescent six days before Christmas in 1998 became tattooed onto the memories of those involved in the 2-1 defeat.

Club directors ate a modest lunch of sandwiches before kick off in a raised Portakabin, which doubled up as their hosts's boardroom, while the Salvation Army sang carols beneath them.

In goal that day was Nicky Weaver, who believes the defeat remains the club's nadir.

He said: "We were really struggling because every team was treating a game against Manchester City as their cup final and it took time to adapt.

"It was unthinkable for the supporters that we were even in that division, but I think a lot of the fans really wondered whether City would ever get back to the top after losing at York. It was definitely the club's lowest ebb." Less than 8,000 fans witnessed City's demise in Yorkshire, but even fewer had been at Maine Road 11 days before when just 3,007 saw the fallen giants lose to Mansfield Town in the Auto Windscreens Shield.

It was the lowest home attendance in the club's history and boss Royle coined the infamous phrase "Cityitus" to sum up years of boardroom upheaval, infighting, managerial change and utter chaos in the blue half of Manchester.

A national newspaper printed a photo of the empty seats during the Mansfield game, comparing it to the full house at Old Trafford for Manchester United's Champions League showdown with Bayern Munich that same week.

The following week, a group of fans tried to break into the press room before the next home game against Bristol Rovers, demanding to see "that w****r from the Daily Mirror."

Royle still shudders when he remembers that trip to York and he said: "I remember I could hear the fans chanting behind me. They were shouting I didn't know what I was doing after taking off Craig Russell, who had scored with a deflected shot.

"It wasn't nice and, in all honesty, we were suffering in that division. My assistant Willie Donachie and I were taking the club to all corners of the country which we had never seen before. York was a match we should have won, but it was just frittered away."

Foden wasn't even born back then, but now benefits from a club living in a different world of wealth, glitz, glamour and trophies.

The arrival of billionaire owner Sheikh Mansour in 2008 provided a permanent cure for the "Cityitus" – and the long journey from paupers to Portugal had begun.