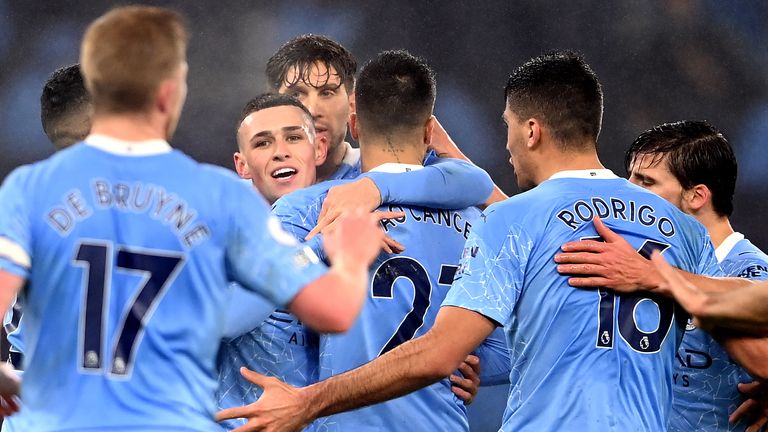 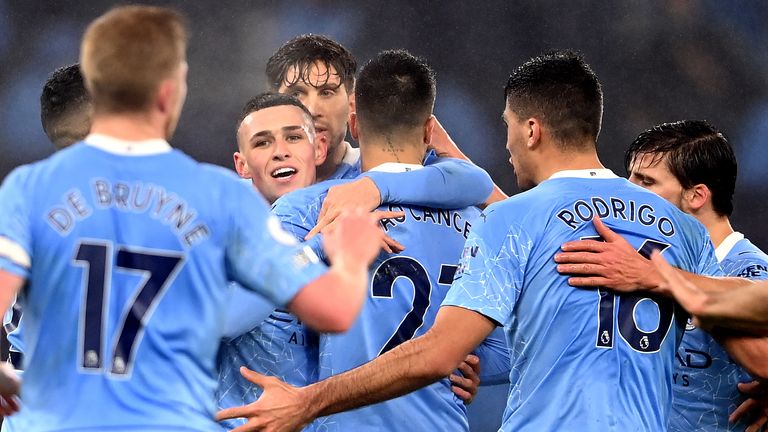 Phil Foden’s pinpoint strike moments before half-time gave Manchester City a 1-0 win over Brighton to move the hosts up to third in the Premier League.

Foden slotted inside Robert Sanchez’s near post from Kevin De Bruyne’s pass with a minute remaining of an opening period in which the hosts had been largely held off by their lowly visitors.

Riyad Mahrez should have doubled the advantage after half-time but fired wide, before Bernardo Silva struck the post within minutes as City briefly threatened to run away with victory.

Brighton continued to rally but saw their hopes of a late draw appear to take a blow when De Bruyne was brought down by Sanchez in the area in injury time. Substitute Raheem Sterling stepped up from 12 yards but blazed his penalty well over the bar.

Less than 24 hours after their nearest neighbours had gone three points clear at the top of the Premier League table, City were given a perfect chance to at least cut the deficit to the top against a Brighton side with one league win since September.

But the visitors’ league position has often belied them, as proved the case in the first half at the Etihad, where only two De Bruyne efforts, both pulling smart saves out of Sanchez, looked like giving the hosts the lead. Leandro Trossard fired wide after a good run as Brighton occasionally threatened on the break.

It was in keeping with the opening period that City’s goal, moments before the break, came somewhat out of nothing, with De Bruyne finding Foden to turn away from two defenders on the edge of the box before slotting a pinpoint low effort beyond a despairing Sanchez at his near post.

City continued their possessional dominance after half-time but Brighton still had reason to believe they could snatch something from the game given their own expansive style, and 10 minutes in Davy Propper finally pulled a save out of the returning Ederson from a half-cleared corner.

Brighton soon found themselves hanging on through a flurry of City attacks, with Mahrez found unmarked by a clipped free-kick before firing wide, and Silva firing against the post on the rebound from an Ilkay Gundogan effort.

The Seagulls continued to press but wasted their height advantage from a number of late corners. Sterling was then handed the chance to double the lead in the final minute after Sanchez hauled down De Bruyne – but he blasted well over.

Manchester City have another home game up next with Crystal Palace visiting the Etihad Stadium on Super Sunday, live on Sky Sports Premier League from 7pm: Kick-off at 7.15pm.