Chelsea Women captain Magdalena Eriksson has signed a contract extension at the club, keeping her at Stamford Bridge until 2023.

Eriksson joined Emma Hayes’ Chelsea side in 2017 and was made captain in 2019.

Eriksson has now put pen to paper on a new deal to keep her at the club for at least another two-and-a-half years.

“It means everything to me to be at this club, there is nowhere else in the world I would rather be,” Eriksson told the club’s website.

“It’s the ideal place to be and I couldn’t see myself being anywhere else.” 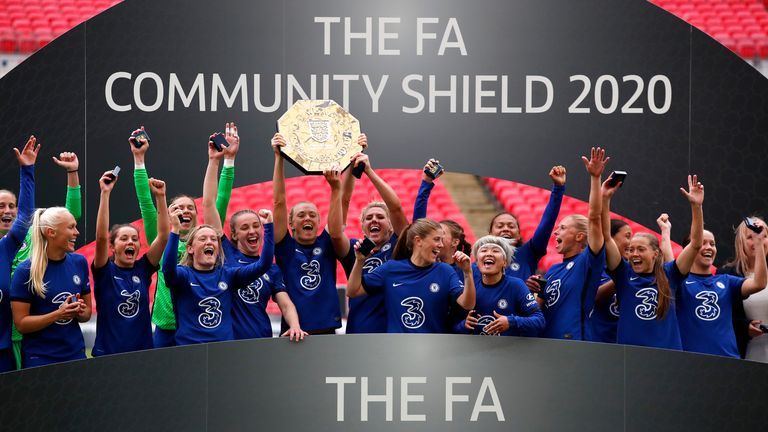 Eriksson arrived in west London in 2017, following a four-year spell at Linkopings in Sweden and the 27-year-old believes since signing for Chelsea she has developed both on and off the pitch.

She continued: “The last three years have been the absolute biggest of my career.

“In everything I’ve achieved, and also how I have developed and especially for me, how I’ve developed as a person.

“I think moving to a different country, a new club, a new league, it makes you grow as a person.”