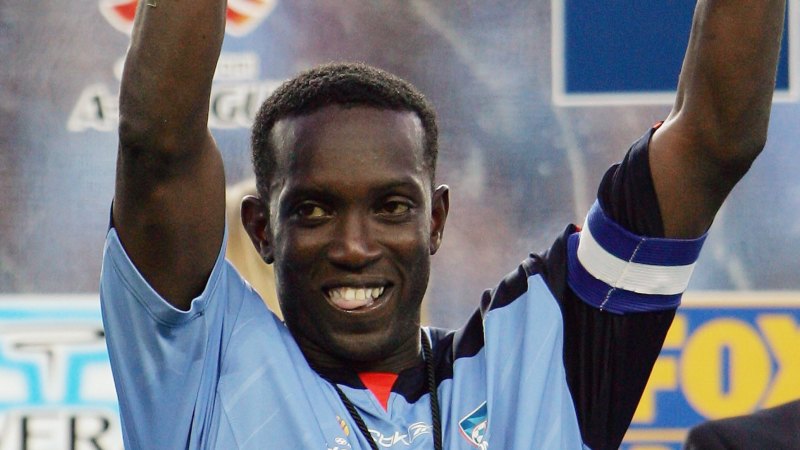 Former Manchester United star Dwight Yorke is set to begin his coaching career in the A-League, having agreed in principle to a long-term deal to take charge of Macarthur FC.

Seventeen years after joining the A-League as its first marquee signing, Yorke is in advanced talks with Macarthur to take charge for the next two seasons. Sources involved with discussions say the club is close to securing Yorke to replace outgoing coach Ante Milicic. 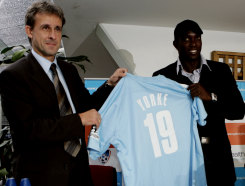 Dwight Yorke (right) during his days with Sydney FC.Credit:AP

The 50-year-old has flagged his intention to start his coaching career, having gained his coaching badges in the UK and held advisory roles with Manchester United’s youth academy. He was recently appointed head coach of the A-League All Stars ahead of their exhibition match against Barcelona later this month at Accor Stadium in Sydney, however it appears his stay is set to become permanent.

While a deal is yet to be finalised, it is understood all that awaits is the signing of the paperwork.

Yorke has a close affinity with the competition, having joined Sydney FC in the inaugural year of the competition in 2005 and led the Sky Blues to a title in his one-year spell before returning to England to join Sunderland. It is understood Yorke came with recommendations from senior Manchester United staff, prompting Macarthur to take the leap on the untested, yet high-profile coach.

Speaking to ESPN, Yorke declared his intentions to coach in the A-League upon his appointment as coach for the All Stars match.

“I’m announcing to the world – with the [APL] and Danny [Townsend, the APL’s managing director] giving me that opportunity – that I’m finally qualified and ready for a leading role,” Yorke told ESPN.

“I think that will make some headlines. And then if there is an opportunity that does present itself then I have to look at it.”

Yorke won three English Premier League titles with Manchester United, as well as the 1999 Champions League and FA Cup. He had spells with Aston Villa, Blackburn, Birmingham and led Trinidad and Tobago to their first and only World Cup appearance in 2006.